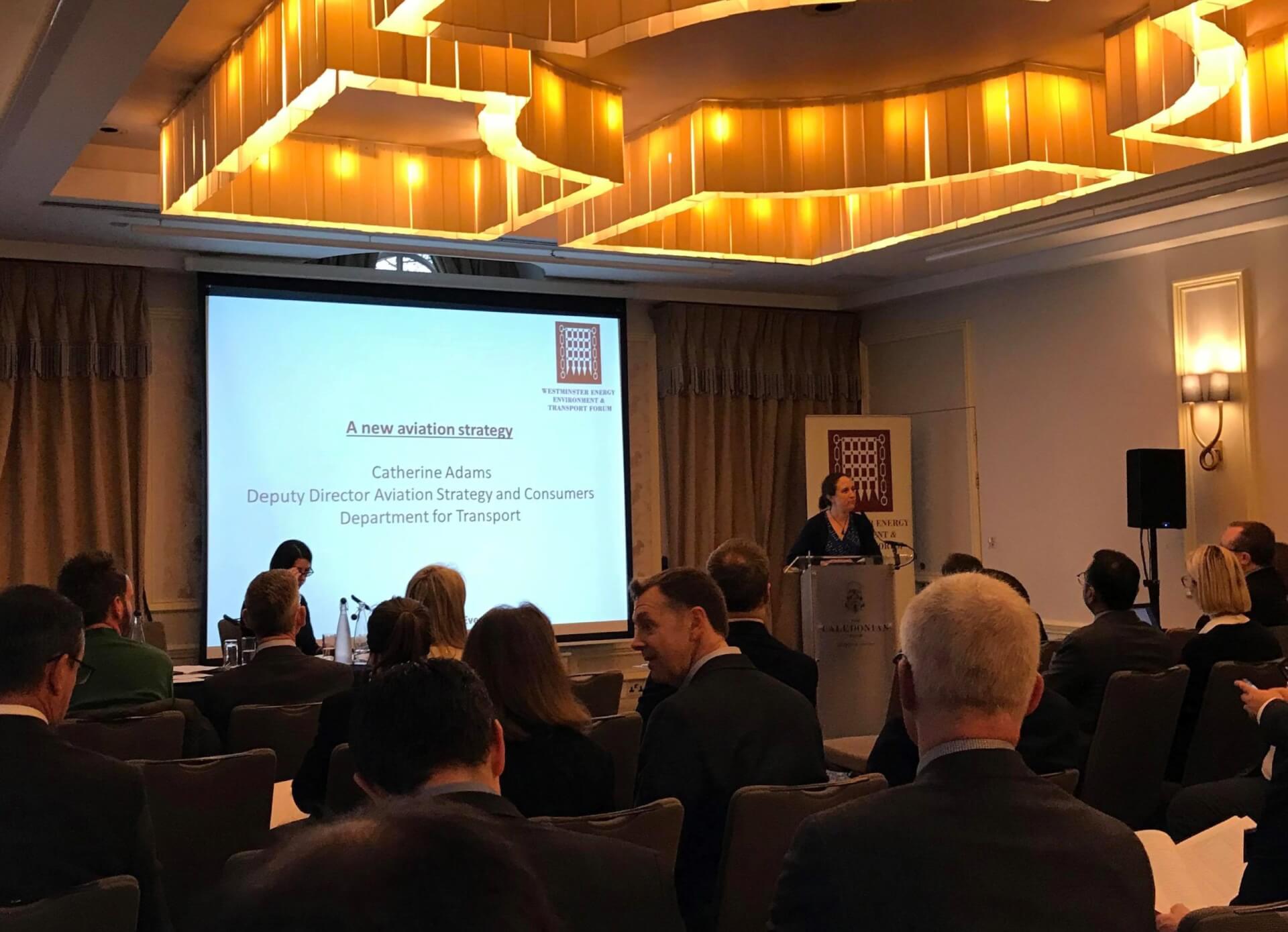 Leading figures from across the aviation industry gathered at the Caledonian Club in central London today to discuss the next steps for aviation policy and the development of UK airports.

The conference, organised by the Westminster Energy, Environment & Transport Forum, touched on such key issues as infrastructure, connectivity and international trade as the UK moves into a post-Brexit landscape.

The predominant theme underlying all aspects of the conversation, however, was the now universally-acknowledged climate emergency, and how the aviation sector can do its part to mitigate the effects and lower emissions moving forward.

“I’m sure everyone in this audience would agree that the fight against climate change is one of the greatest and most pressing challenges facing the modern world,” said Catherine Adams, Deputy Director Aviation Strategy and Consumers, Department for Transport (DfT).

“We have seen recently through high-profile protests…that aviation’s contribution to climate change is a subject that invokes great passion in large numbers of people.”

Adams went on to highlight the UK’s commitment to the International Civil Aviation Organization’s Carbon Offsetting and Reduction Scheme for International Aviation (CORSIA), which is the first worldwide scheme to address carbon emissions in any single sector.

Further points of discussion raised by the senior DfT figure included the modernisation of the UK’s airspace, which she said had not undergone significant change since the 1950s – drawing a comparison with the Preston Bypass before its conversion into the M6.

Modernisation would offer environmental benefits, said Adams, “through aircrafts being able to fly more direct routes, take-off and land using continuous ascent and descent, and reduce the need to wait in holding stacks,” all of which would reduce fuel consumption and in turn emissions.

She added that the government remains supportive of increasing capacity at Heathrow Airport, although it also recognised the impacts on communities who live near airports, which have raised concerns over such issues as noise and air pollution.

Much of the panel focus was on slots, or the permission to land or take-off in a congested airport, their central nature to competition and some of the challenges associated with the current slot regime.

Kim Dietzel, Partner, Competition, Regulation and Trade Group, Herbert Smith Freehills, said that from a legal perspective there was a tension between the current regime incentivising holding onto a slot, as opposed to the optimal, most efficient use of that resource.

Senthuran Rudran, Assistant Director, Competition and Markets Authority, added that there was an assessment to be done on how to allocate slots from an environmental and also economic perspective, although McNamara claimed that improving air traffic management – which could result in a ten per cent reduction in fuel burn – was a far better method of reducing environmental impact than “tinkering with slot allocations.”

The next panel led a discussion on future-proofing the aviation sector, with a sharp focus on sustainable developments in both technology and policy decision-making.

Cait Hewitt, Deputy Director, Aviation Environment Federation, gave the following recommendations for aviation against the backdrop of climate emergency: first, that airlines in particular stop denying that climate change is caused by CO2 (as IATA chief Alexandre de Juniac claimed only last month); second, to stop pretending that offsets will get the industry any closer to being environmentally sustainable; third, put in place policies to get the aviation industry to deliver scalable genuine carbon reductions or removals; and lastly, to recognise that less aviation (something we should expect as the ‘flight-shame’ movement grows) could offer co-benefits in terms of community noise impact.