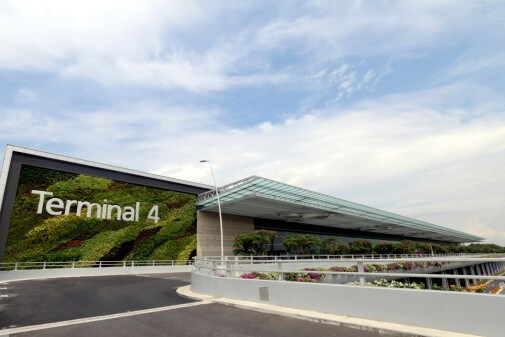 (CNN) — What happens at the world’s best airport when the aviation industry comes to a halt?
At Singapore’s Changi Airport, that’s a question that’s prompted some innovative answers amid the coronavirus pandemic.
Changi — which has a hawker center, butterfly garden, movie theater and more among its offerings — is so beloved by travelers that it has won the “best airport” award from Skytrax, an airline industry group, every year since 2013.

The airport is the home base for Singapore Airlines, which is getting particularly creative these days.

“With Covid-19 drastically reducing the number of flights operated by the SIA Group, we have created unique activities that would allow us to engage with our fans and customers during this time,” the airline’s CEO Goh Choon Phong said in a statement.

The airline is unveiling several activities, including a meal served inside of a parked Airbus A380.

The pop-up restaurant, called Restaurant A380 @Changi, will open for only two nights, October 24 and 25. Seats need to be reserved on the airline’s website.

Just as they would on board, diners will be able to choose from a short menu of options, although the best bet will likely be the Peranakan dishes prepared by acclaimed Singaporean chef Shermay Lee.

In addition to the food, diners will get a yet-to-be-revealed swag bag — and if they show up in “traditional heritage wear,” some extra goodies.

Singapore Airlines frequent fliers will have the option of using miles to book the experience.

And if they miss out on the two nights of in-flight dining, the airline has additional events slated for November school holidays, including riding in an aircraft simulator, tasting the in-flight wine selection and a chance for kids to dress up as flight attendants.

Beyond the airline’s efforts, there are other ways that frustrated travelers can still get to enjoy Changi, even if they’re not going anywhere. With few international travelers passing through, the airport has lined up a series of promotions geared at locals.

Most are centered around Jewel Changi Airport, which opened in 2019. A multi-use complex designed to connect three of Changi Airport’s four terminals, it’s home to the world’s largest indoor waterfall as well as dozens of restaurants, shops and attractions.

It’s launched several deals to draw in Singapore-based families, including free entry to its stunning Canopy Park with any spend in Jewel.

Meanwhile, some of the airport’s lounges have reportedly been opened up for people who are working remotely.

For $18 Singaporean (about $13 US), people can spend up to four hours working in the Changi Jewel lounge, with Wi-Fi, coffee, tea and pastries included, according to the Singapore-based AsiaOne website.

That is a pretty sweet deal — especially considering that just one year ago a man was arrested at Changi for buying an airplane ticket just for the ability to walk his wife to her departure gate.