Wizz Air Holdings Plc (the “Company” and, together with its subsidiaries, “Wizz Air”), the fastest growing airline in Europe, announces a further enhancement to the senior leadership capacity by appointing a President and an EVP Group Chief Operations Officer to its Leadership Team.

Robert Carey will join the Company as President on 14th of June 2021. The position is a newly established key leadership role at Wizz Air. Reporting to the CEO, the President will oversee Wizz Air’s Operations and Commercial functions, leading the Company’s business strategy, growth, cost control, operational results and competitive strategy. The President is a key role of the Leadership Team. 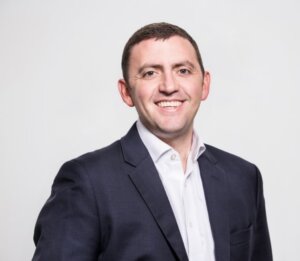 Mr. Carey is an American and French citizen who has a Bachelor of Science degree in Industrial engineering from Arizona State University as well as a Master in Business Administration degree from Harvard Business School. Mr. Carey started his career in aviation twenty years ago with America West Airlines, followed by Delta Airlines, after which Mr Carey has spent over a decade at McKinsey and Company, where he was a Partner prior to joining Easyjet as Chief Commercial and Strategy Officer in 2017. 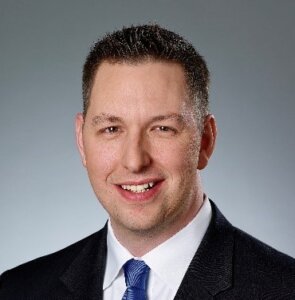 Mr. Delehant will be a member of the Company’s executive team based in Budapest and will report to the President starting from July. In the interim period until then the position will be reporting directly to the Company’s Chief Executive Officer. Mr. Delehant will be responsible for overseeing the operations aspects of all the AOCs of the Wizz Air Group and will be accountable for all of the Company’s operational activities and performance, in accordance with regulatory and safety requirements, financial budgets and the company’s procedures.

Mr. Delehant is an American citizen who has a Bachelor in Psychology from the University of Michigan and obtained his MBA from Southern Methodist University in Dallas. He brings two decades of executive airline experience and a long track record of leadership, strategy and corporate transformation. After a long career at Southwest Airlines in the US, he joins Wizz Air from Vueling in Europe. In his last role at Vueling, Mr. Delehant has been the Chief Strategy and Network Officer.

Diederik Pen, currently EVP and Group Chief Operations Officer will be stepping down from his position to pursue other interests outside of the company.

Commenting on the appointments József Váradi, the Company’s Chief Executive Officer said: “Today’s announcements underline Wizz Air’s investment in the future. We are further enhancing our leadership capacity  as Wizz Air continues to demonstrate outstanding agility in the  pursuit of being the ultimate structural cost winner in the industry. This has been an unprecedented year for aviation, yet Wizz Air has displayed rigorous cost control and a process-driven weighed decision-making that resulted in us being one of the best positioned airlines in Europe today. I would like to thank Diederik for his relentless commitment and personal leadership in the past 8 years. He has been instrumental to the development of the airline and led the induction of 100 aircraft in the WIZZ fleet. I wish him and his family all the best in their future endeavors. I am pleased to welcome Robert and Michael on board of this exciting journey. The gentlemen bring valuable expertise and new energy to drive our aggressive growth agenda in the years to come. “