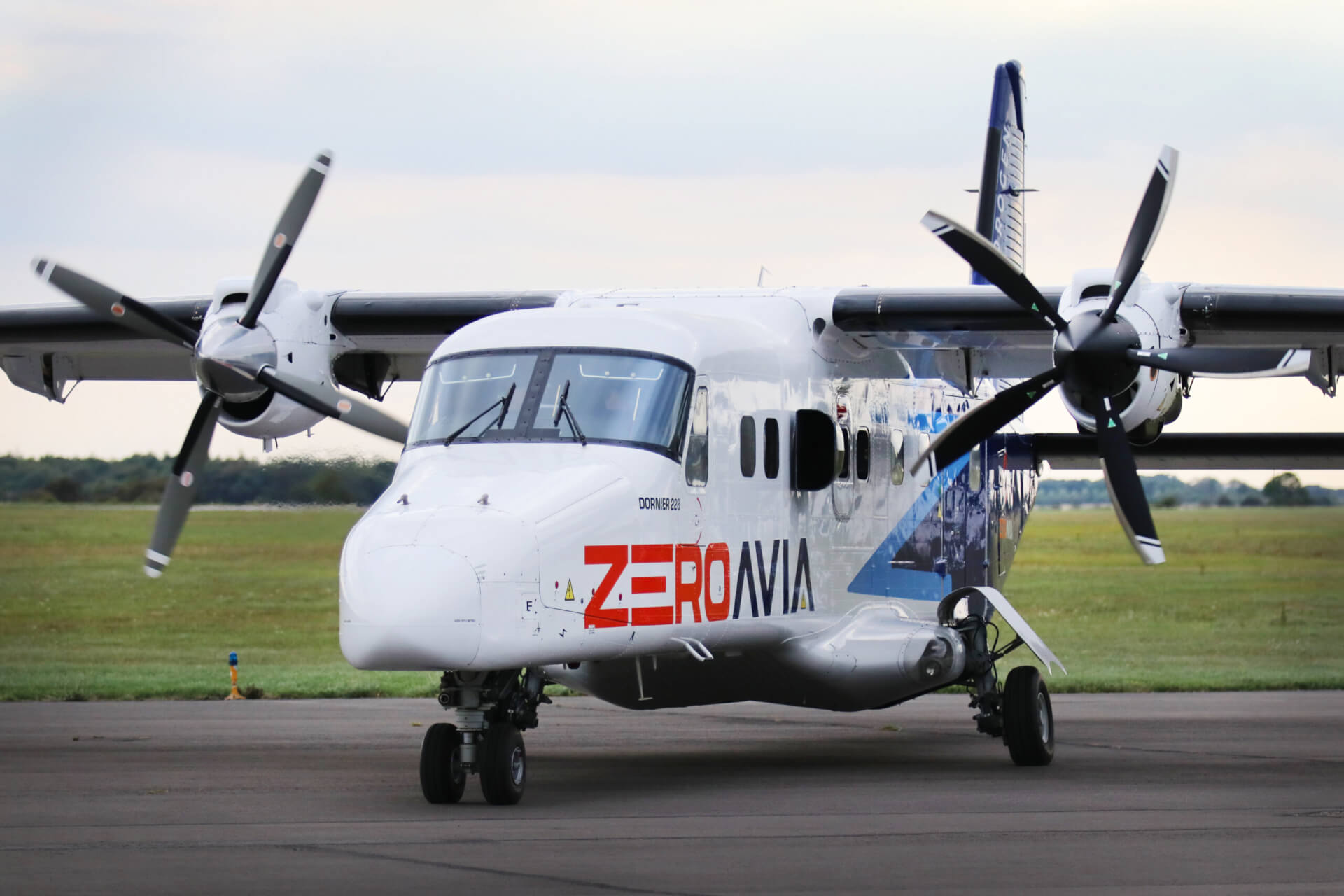 ZeroAvia, the leader in developing zero-emission solutions for commercial aviation, today announced an agreement with AGS Airports to explore the development of hydrogen fuel infrastructure, regulatory framework requirements and resourcing required for delivering zero-emission flights from Aberdeen and Glasgow airports.

The team at AGS, which owns and operates Aberdeen, Glasgow and Southampton airports, will work closely with ZeroAvia’s specialist airport infrastructure team to assess the opportunities for hydrogen production onsite, as well as exploring potential commercial routes.

At the same time, AGS will explore how hydrogen can be used to remove emissions across ground operations, further extending the impact.

ZeroAvia will share its experience in developing and operating its Hydrogen Airport Refuelling Ecosystem (HARE) at Cotswold Airport in Gloucestershire.

The partners will work towards a flight demonstration powered by ZeroAvia’s ZA600 600kW hydrogen-electric engine, which is on a path towards certification by 2025.

The agreement will form an important part of AGS Airports’ drive to reach net zero carbon emissions by the middle of the next decade.

The airport operator’s sustainability strategy is market-leading in its ambition for tackling environmental impact from flight.

Minister for Transport Jenny Gilruth, said: “This is an encouraging development as hydrogen has the potential to be a true zero emission fuel and could play a key role in helping the Scottish aviation sector reach net zero.

“Many of the routes that operate from Glasgow and Aberdeen to airports across the Highlands and Islands are served by small aircraft and real social, economic and environmental benefits could be delivered by cleaner, quieter and lower cost aircraft.

“I congratulate AGS Airports and ZeroAvia on this partnership and will follow its progress with interest.”

Arnab Chatterjee, VP, Infrastructure, ZeroAvia, said: “In recent months we have stepped up our work with airports significantly to better understand the operational needs and requirements for hydrogen as a fuel.

“Working with the team at AGS allows us to plan for some of the commercial routes that we will be able to support in a little over two years’ time and do so in the setting of a major international airport.”

Derek Provan, Chief Executive of AGS Airports, said: “The development of hydrogen powered aircraft has the potential to completely revolutionise aviation and it is becoming an increasingly viable option for regional and short-haul aircraft.

“As a regional airport group serving the Highlands and Islands of Scotland as well as the Channel Islands from Southampton, AGS will be the perfect testbed for hydrogen flight.

“Through our partnership with ZeroAvia we’ll address some of the challenges associated with the generation, delivery and storage of hydrogen on-site and how we can prepare our infrastructure to support zero emission flights.”

310 apprentices start at companies of the Lufthansa Group