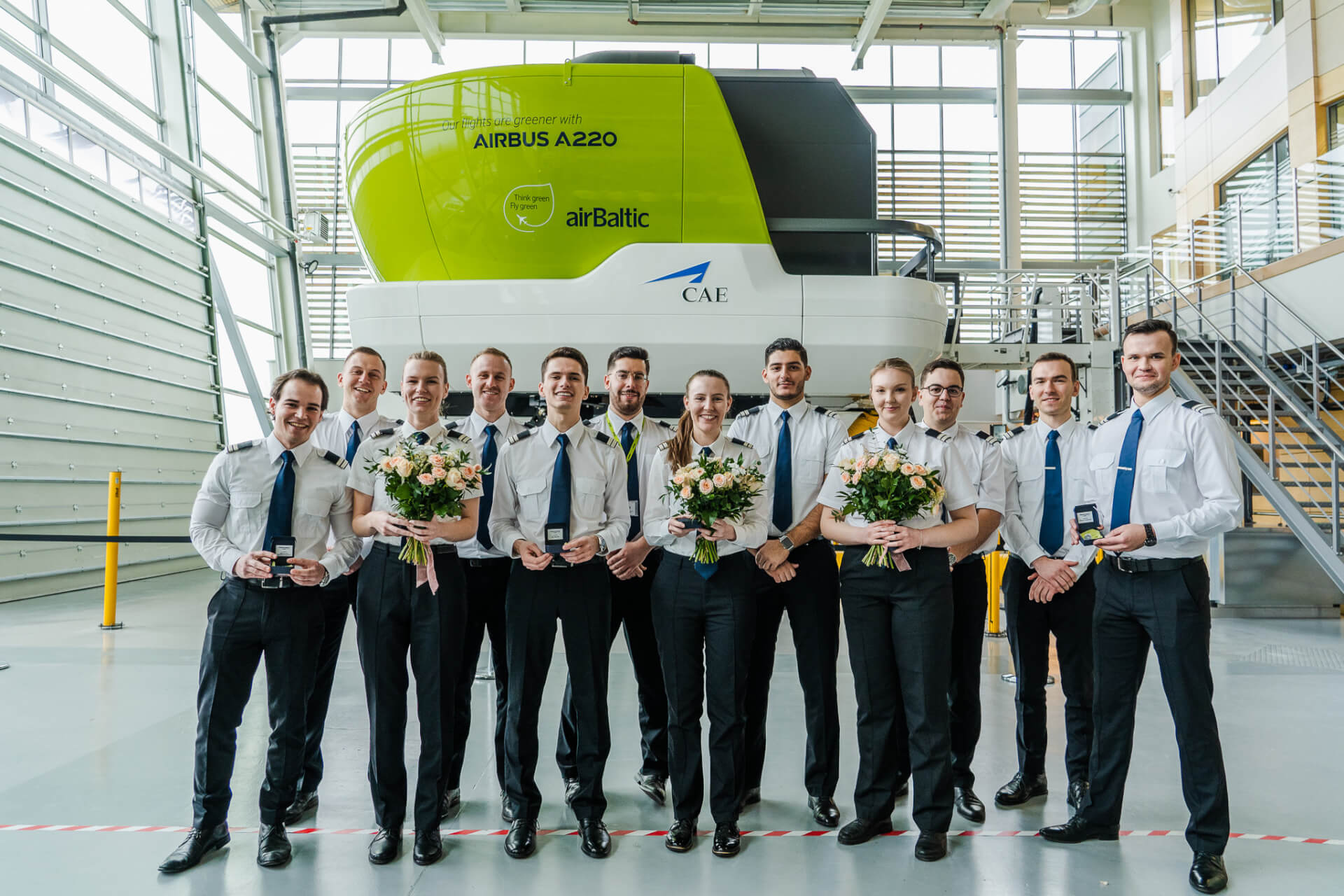 The Latvian airline airBaltic announces that 48 airBaltic Pilot Academy students have joined the company as First Officers after graduating in 2022.

Overall, there are 67 active students for now, and four new study groups will be formed in 2023 – in February, May, September and November.

Martin Gauss, Chief Executive Officer of airBaltic: “The previous year has been rich for the Pilot Academy and I am delighted to see that it becomes more and more noticed and respected internationally.

“Specifically, this achievement of the recent graduates, who have joined airBaltic, absolutely highlights the Pilot Academy’s quality of training and the students’ dedication in pursuing their careers as commercial airline pilots.

“They will play a crucial role in the growth and success of our company, and we wish them all the best in their new positions.”

During previous 12 months, students have flown 4 202.3 hours, but the most time spent in the air was in March, August and September.

In total, 49 people began their studies in the Pilot Academy in 2022. However, there are 67 active students for now. Most of them are from the Baltics, while also other EU member states, such as Germany, France, Finland, Spain and Italy, are represented. More than 10% of students are female.

As for now, 76 students, after graduating, have joined airBaltic as First Officers. In order to advance to the position of Captain, it is necessary to accumulate flight experience of 4 to 5 years. Considering that the airBaltic Pilot Academy was founded in 2018, it is possible to expect the first Captains of the Pilot Academy very soon. During years, the overall amount of the Pilot Academy’s students is 152.

On the first Friday of each month, special Pilot Academy open days are being hosted. During these events, which happen alternately both remotely and on-site, attendees have an opportunity to get a detailed information about the Pilot Academy, its programme, study process, pilot profession and to consult with airBaltic Training representatives on how to prepare a good application and be selected as a cadet, and much more. In addition, it is be possible to catch the feeling of flying aircraft in flight simulator.