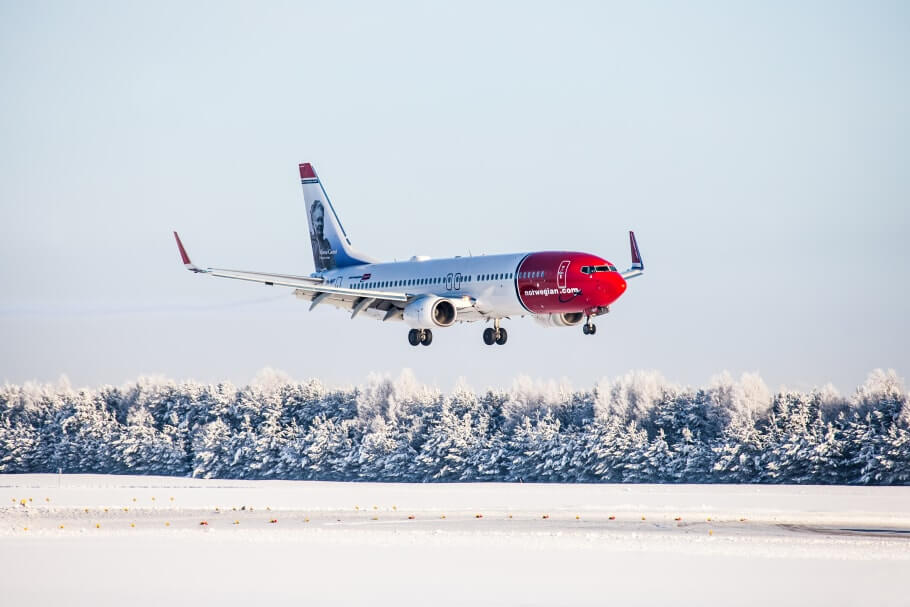 This represents a significant increase compared with the same month in 2020, however, the month of December was also strongly affected by government-imposed measures and restrictions.

Christmas and New Year flights operated as planned with capacity that took into account lower demand as a result of the positive infection situation and government-imposed restrictions.

“I am pleased that we have efficiently balanced the planning and implementation of our route network and production for December,” says Geir Karlsen, CEO of Norwegian.

“This in turn meant that passengers could book and travel on Norwegian with confidence during the festive period allowing families and friends to be reunited.

“Lower demand was factored into our schedules during Christmas and the New Year weekend, therefore I am pleased to report that load factors are good for December as well.

“We have seen an effect on general demand from the spread of the Omicron virus and the subsequent new measures and restrictions in Scandinavia and abroad”.

“Norwegian was recently named the most punctual Nordic airline and the third most punctual airline in Europe. Despite having gone through a challenging year, I am proud that we have managed to deliver a high-quality product”, continued Geir Karlsen.

In December, Norwegian had an average of 48 aircraft in operation, while 99.6 per cent of scheduled flights were operated. Punctuality was 83.8 percent.