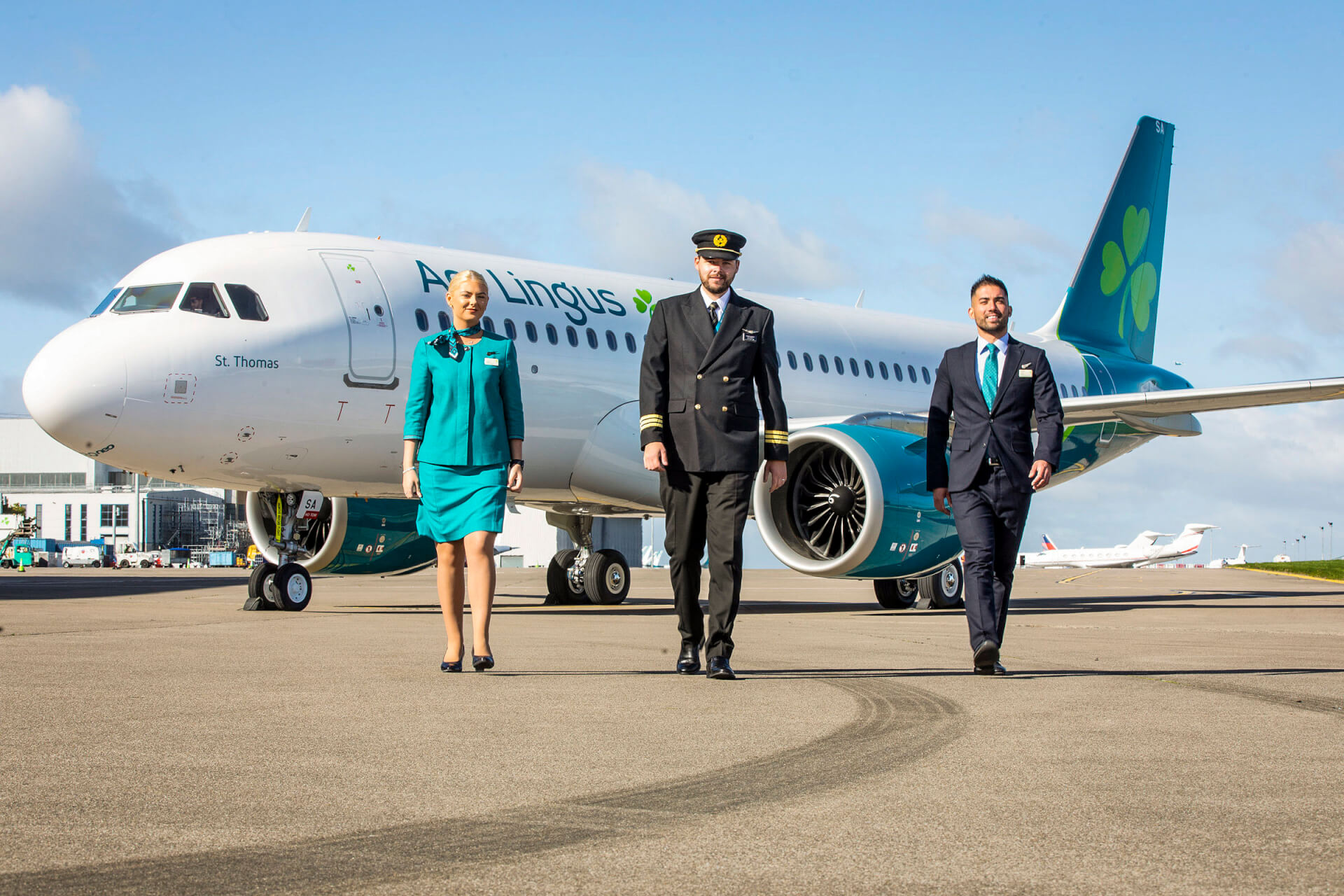 To mark the Airbus A320neo’s first flight Aer Lingus will offset the carbon emissions from the flight of all customers travelling on board.

The Airbus A320neo delivers up to 20% reduction in fuel burn and CO2 emissions and close to 50% reduction in noise footprint when compared to previous generation aircraft, A320ceo. There is a greater density of seats (186) on the A320neo aircraft resulting lower fuel emissions per seat/passenger on board.

This is the first of two new Airbus A320neo aircraft that Aer Lingus has leased from CDB Aviation, with the second aircraft also joining the fleet this week.

They replace two previous generation aircraft, Airbus A320ceo, which will be retired from the fleet.

The new generation aircraft will support the airline’s sustainability programme where Aer Lingus, as part of IAG, has pledged to achieve net zero carbon emissions by 2050 and has committed to powering 10% of its flights using sustainable aviation fuel by 2030.