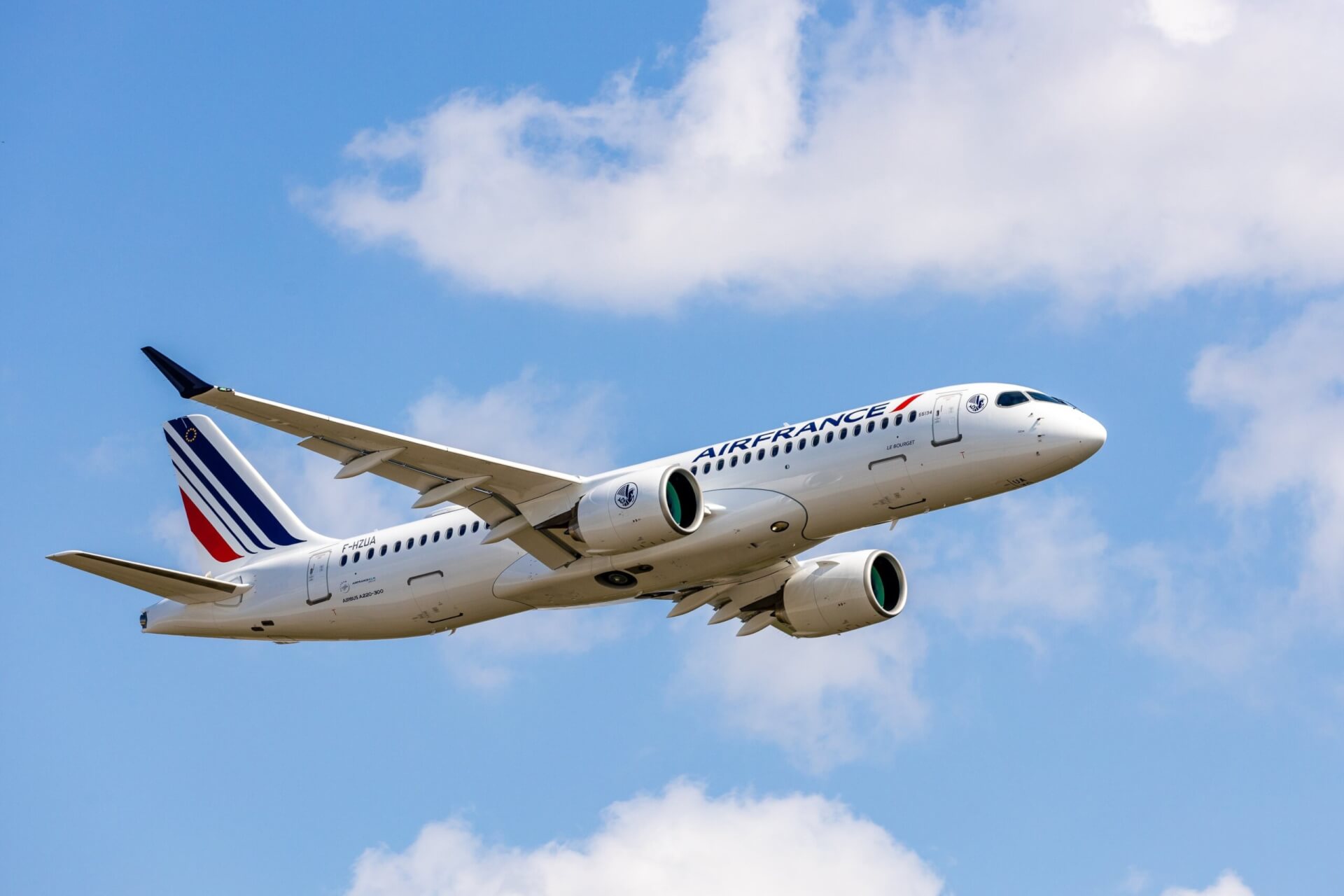 Air France has received its first A220-300 from an order for 60 aircraft of the type, the largest A220 order from a European carrier.

The aircraft was delivered from Airbus’ final assembly line in Mirabel, Quebec, Canada and officially unveiled to the public during a ceremony held at Paris Charles-De-Gaulle Airport.

The first Air France A220-300 will be operated on its medium-haul network from the 2021 winter season.

Air France is also renewing its long-haul fleet, and has already taken delivery of 11 A350s out of an order of 38.

The Air France A220-300 cabin is configured in a single-class layout to comfortably welcome 148 passengers.

Offering single-aisle comfort, with the widest leather seats, largest windows and up to 20% more overhead stowage space per passenger, the Air France A220 also features full WiFi connectivity throughout the cabin and two USB sockets at each passenger seat.