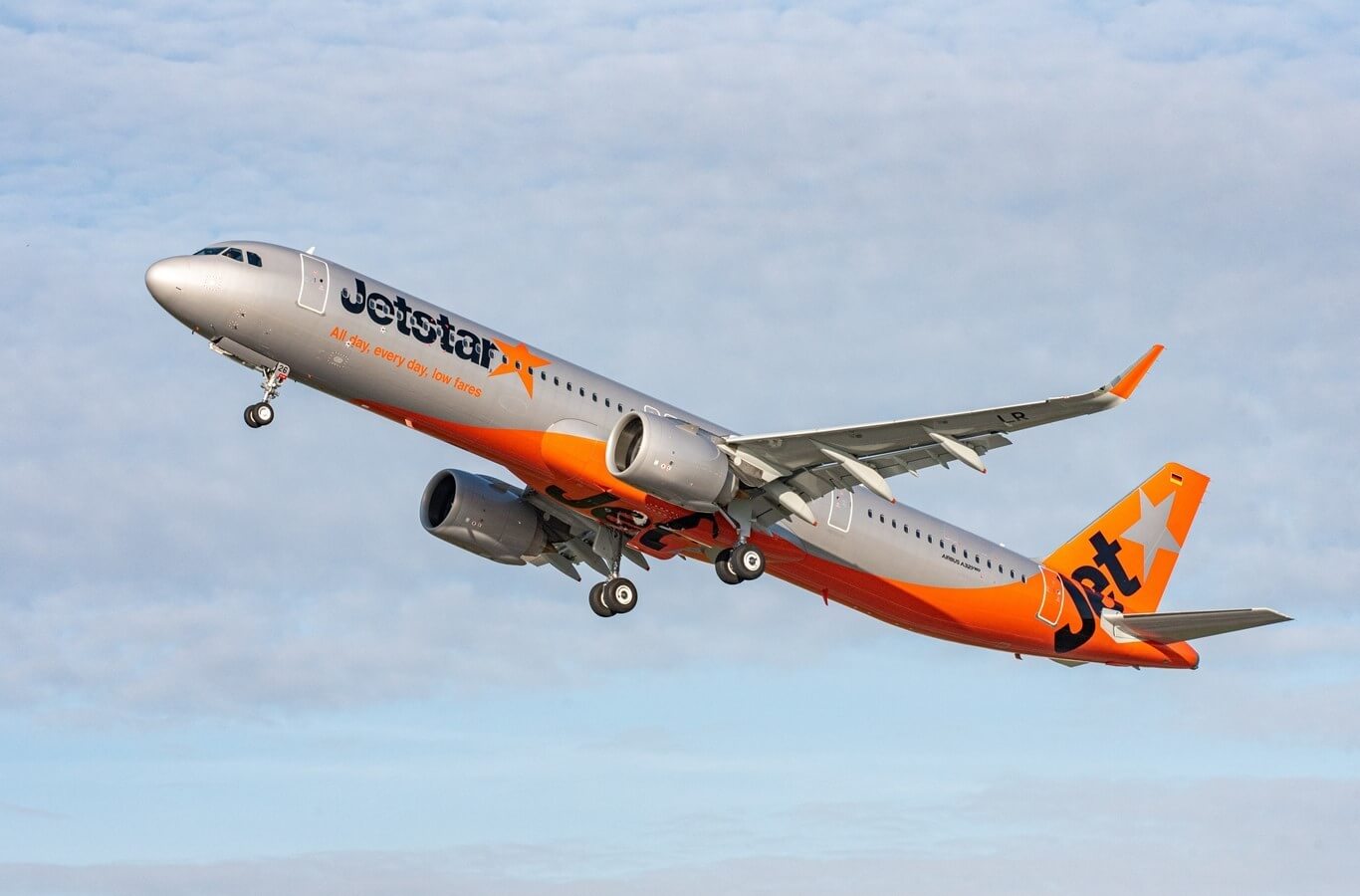 Australian low-cost operator Jetstar has unveiled a refreshed livery for its incoming fleet of Airbus A321LR jets, the first of which is due to be delivered in the next couple of months.

The new livery features an orange tail and underbelly – a departure from the airline’s current grey tail design – and newly-branded wingtips:

The first A321LR (VH-OFE, MSN9540) will be deployed at the Melbourne base, and will operate trunk domestic routes, including from Melbourne to Cairns. Jetstar chief Gareth Evans adds that the longer-range variant of the A321neo will also allow the airline to “open up new international opportunities”, though not indicating where the type could operate to.

The A321LR, powered by CFM International Leap-1A engines, seats up to 232 passengers in a single-class configuration. Jetstar has tapped Recaro for the new aircraft’s cabin products.

The aircraft is the first of 38 A321neo family jets the low-cost unit of national carrier Qantas has on order. These comprise 18 A321LRs, as well as 20 A321XLRs.

Jetstar expects another eight A321LRs to be delivered over the next one year, with the rest of deliveries to be completed by mid-2024. Its A321XLRs, meanwhile, are expected to be delivered from 2024 to 2029.

Sustainability for the new livery

The new livery uses a two coat ‘basecoat-clearcoat’ system which is longer lasting and reduces paint weight by up to 30 per cent, resulting in a fuel saving of up to 108 tones each year across the whole A321LR fleet and a saving of nearly 350 tones of CO2 emissions.

In addition to being 15 per cent more fuel-efficient, the A321LRs feature a number of benefits that will enhance the customer experience including:

Evans said the arrival of the NEO fleet was one of the most significant milestones in the airline’s 18-year history;

“These modern aircraft are world-class in terms of performance, comfort and sustainability, ensuring our customers will enjoy a new range of benefits on board.