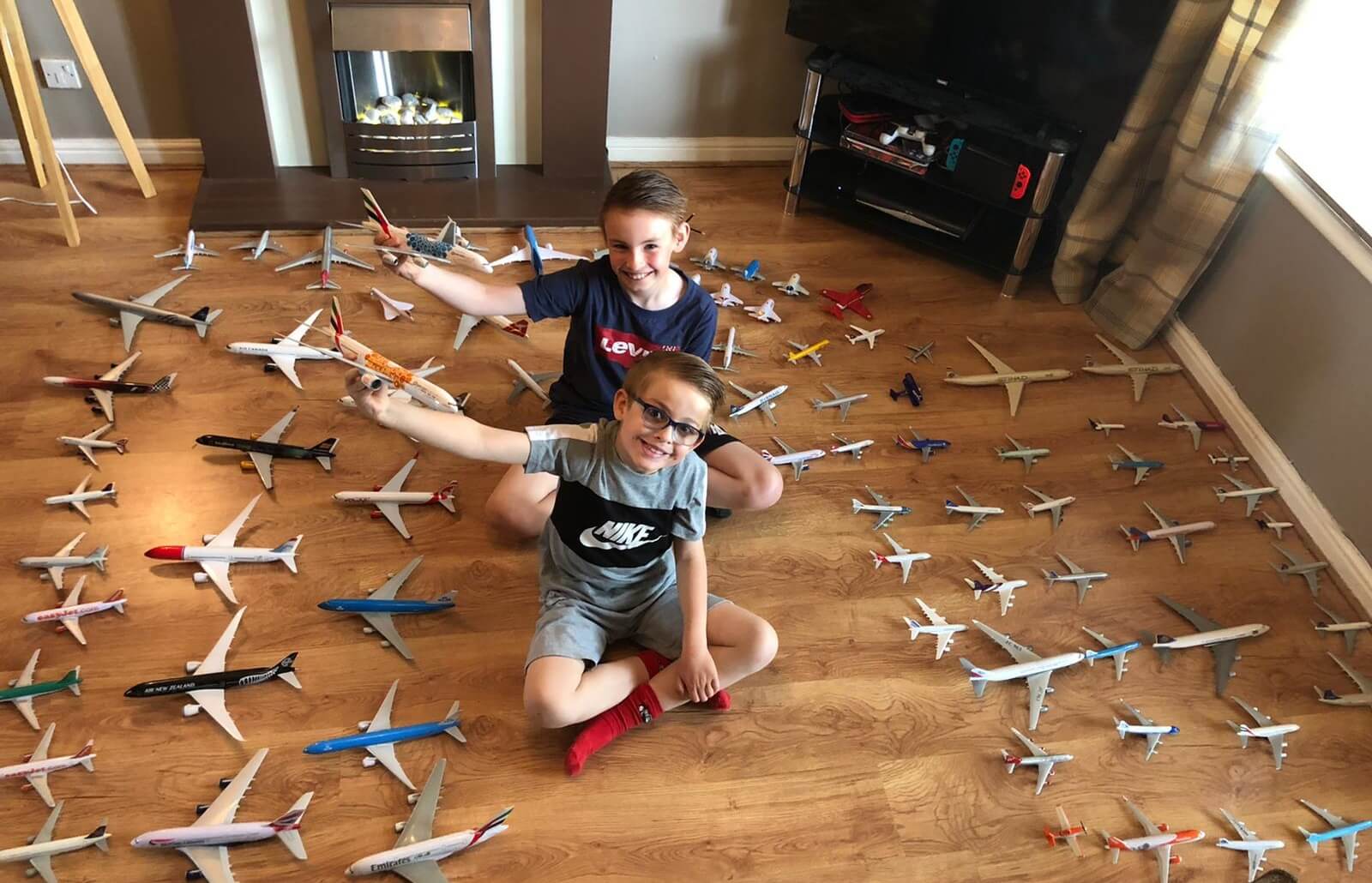 Two young aviation fans got the chance to chat and put their questions to one of Glasgow Airport’s top bosses via video link.

Ross McMillan, 10, and his brother Ryan, seven, are huge fans of the airport and regularly post pictures of their love of planes on the airport’s social media channels.

The Paisley brothers shared a picture of them surrounded by 134 model aircraft, which caught the attention of the airport’s general manager of operations, Ronald Leitch.

Langcraigs Primary School pupils Ross and Ryan were invited to join in a video call with Ronald to talk about their passion for planes and to ask some questions, including what he liked and disliked about working at Glasgow Airport.

Ronald also promised to take Ross, Ryan and their parents on a behind-the-scenes VIP tour of the airport as soon as things return to normal.

The boys’ mum Caroline said: “Ross and Ryan where absolutely thrilled to take part in the chat and were so excited when the airport team got in touch.

“They love everything about aviation and airports as you’ll have seen from the number of model aircraft they have, so it was really good of Ronald to take the time to catch up with them, especially during the lockdown. It really made their day.

“They are also really looking forward to getting a behind-the-scenes tour of the airport once things get back to normal.”

Ronald said: “I thoroughly enjoyed catching up with Ross and Ryan during the lockdown and I’m hugely impressed with their collection of model aircraft – it puts my own to shame.

“They know their aircraft and are very knowledgeable about the airport, which is really heartening. I’m pretty sure that we’ll see them working in the industry in some form in the future and I look forward to welcoming them in for a special VIP tour.”