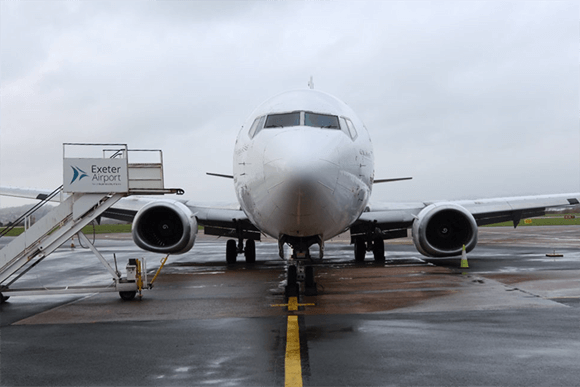 The Air Accidents Investigation Branch has published a report into an investigation of an accident involving a Boeing 737 (G-JMCY), that suffered a heavy landing resulting in significant structural damage, Exeter Airport on 19 January 2021.

During an approach at Exeter Airport, the aircraft became unstable after the point where the crew had declared it stable and continued with the approach.

During the final 500 ft the rate of descent exceeded the required 500ft stable approach criteria on four occasions.

All bar the first of these excursions were accompanied by GPWS “SINK RATE” alert.

The subsequent hard landing resulted in extensive damage to the aircraft. There were no injuries.

The operator has taken safety action to reinforce its operating procedures with regards to the criteria for a stable approach.