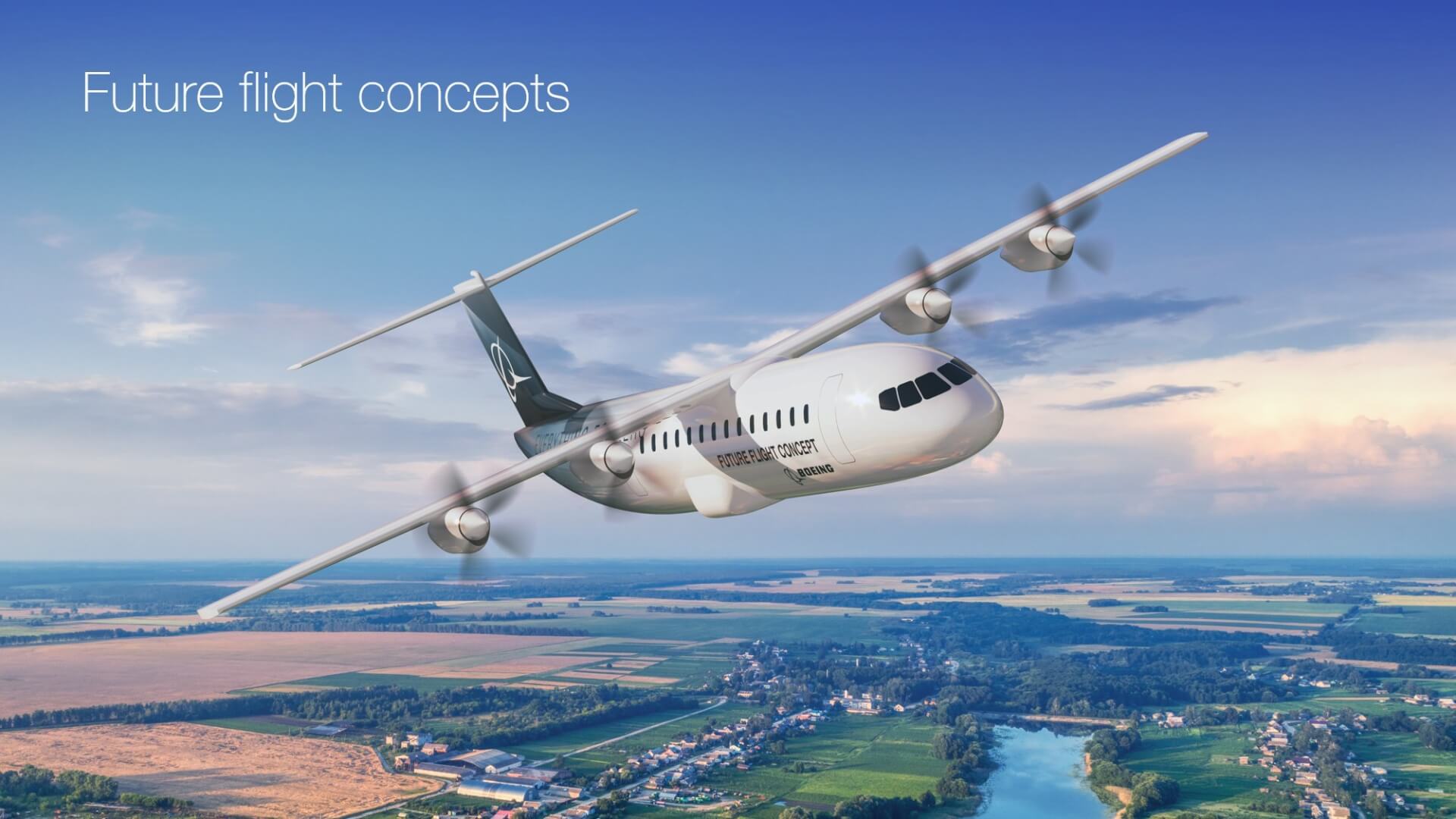 As the commercial aviation industry maps a path to net zero emissions, Boeing today unveiled a new data modeling tool to show the most effective scenarios for reaching the destination by 2050.

The model includes consultation with leading universities and will continue to be used with key stakeholders.

The company also shared illustrative hydrogen and electric concepts that could power the future of flight.

“There are multiple ways to a future where aviation has zero climate impact,” said Boeing Chief Sustainability Officer Chris Raymond at the Farnborough International Airshow.

“We created Cascade on a foundation of credible data and analytical models to allow users to explore various pathways to net-zero.

“We think this model will help our industry visualize, for the first time, the real climate impact of each solution, from beginning to end, and to inform the most probable and effective strategies.”

The Cascade model assesses the full lifecycle impacts of renewable energy by accounting for the emissions required to produce, distribute and use alternative energy carriers such as hydrogen, electricity, and Sustainable Aviation Fuels (SAF).

Boeing plans to utilize the Cascade tool with airline operators, industry partners, and policymakers to inform when, where, and how different fuel sources intersect with new airplane designs.

“We have to take a holistic view to decarbonization,” said Raymond.

“And when we do that, it is clear that sustainable aviation fuel (SAF) is a necessary lever. We know it will take a ‘SAF and’ approach and not a ‘SAF or’ approach to achieving net-zero by 2050.”

As part of the ‘SAF and’ approach, Boeing continues to advance the safety and viability of other renewable energy sources and their use on aircraft.

Last year, Boeing successfully tested a cryotank designed for space with the capacity to hold 16,000 gallons of liquid hydrogen or the energy equivalent of the Jet A fuel in a typical regional jet.

Aside from its work on hydrogen applications, Boeing has invested in electric-powered aircraft through its joint venture Wisk, which is working to bring to market the first all-electric, autonomous air taxi in the U.S. Wisk’s current all-electric, eVTOL aircraft – on display at the Farnborough Airshow — has conducted more than 1,600 successful test flights.

“Our common goal is to enable the societal benefits of air transportation while reaching zero climate impact on our planet,” said Brian Yutko, Boeing chief engineer and vice president of Sustainability and Future Mobility.

“To make that a reality, we believe it is best to learn and share our findings broadly, based on a foundation of data, scientific research and collaboration, as we work together to decarbonize aviation.”