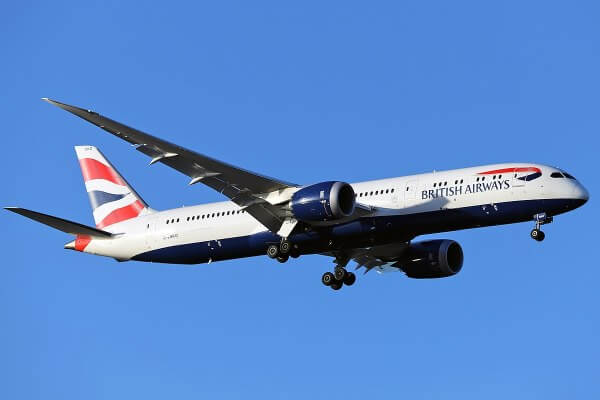 A British Airways (BA) Boeing 787-9 Dreamliner, with registration G-ZBKO, has returned back to London Heathrow (LHR).

The aircraft had been waiting on the North Sea to carry out a fuel dumping procedure.

BA269 dumping fuel and returning to Heathrow. Looks like an issue with the flaps #BritishAirways pic.twitter.com/3GhGZ82tKK

BA269, the flight in question, was bound to Los Angeles (LAX) when it had made the decision to turn back just under an hour into the flight.
The take-off was scheduled for 4:15 p.m., local time, and took off 45 minutes late at 5:00 p.m.

After reaching an altitude of 10000ft, the plane finished its ascent by moving south-east of London and waiting for just over an hour.
At 6:15 p.m. local time, the aircraft began its descent to return to LHR.

A passenger onboard stated that there may have been an issue with the flaps, although this has not been officially confirmed.

The plane is four years old. The delivery date was 27 September 2016, when it entered service with BA.

issue with the flaps, although this has not been officially confirmed. The internal configuration is 216 seats in total.

This is a developing story.

UPDATE: The aircraft landed safely at 1835L and was seen taxiing towards Terminal 5.

No further statement has been given by British Airways at the moment.

UPDATE #2: It has emerged the cause of the return back to LHR was a flaps problem and the aircraft had to do a high-speed landing back at the airport.