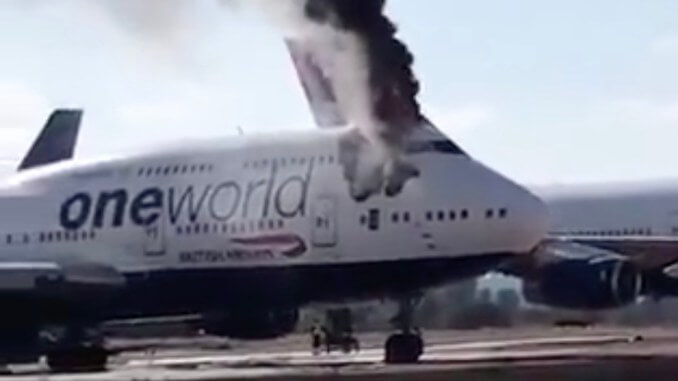 A British Airways Boeing 747-400 has caught fire at eCubes facility at Castellon Airport.

The aircraft is one of several ex-British Airways Boeing 747 aircraft being scrapped by Vale of Glamorgan based company, eCube, at their Spanish base.

Images show a large fire at the front of aircraft but it is unclear how it started but unconfirmed reports suggest it was caused by someone cutting through an Oxygen (o2) pipe.

The aircraft involved was G-CIVD.

Castellon Airport confirmed that the no one has been injured in the fire which has been contained.

Images of the Damage

Images provided by Diputación Provincial de Castellón show the extent of the damage of the upper deck of the Boeing 747.