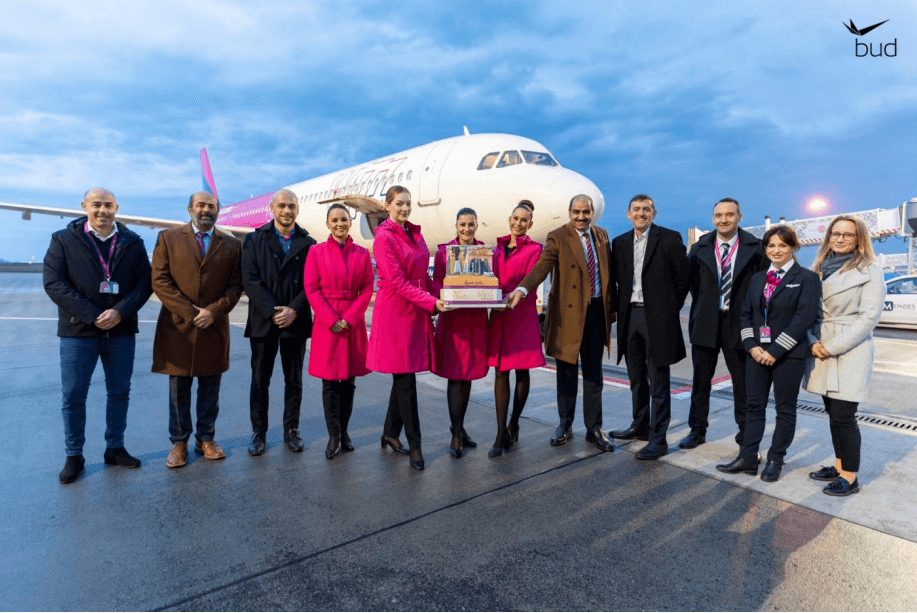 Having recorded 12.2 million passengers in 2022, an overall 164% yearly increase from 2021, Budapest Airport this week celebrates the addition of the gateway’s 43rd country market to be served this year.

Connecting Budapest to the Western Asian country for the first time, Wizz Air commenced a twice-weekly service to Riyadh yesterday, which has been followed by the inaugural of its operation to Jeddah today, also twice-weekly.

With the further launch of the ULCC’s link to Dammam in April, Budapest will offer over 53,000 one-way yearly seats to Saudi Arabia.

Kam Jandu, CCO, Budapest Airport, comments: “Saudi Arabia is rich in heritage and history and is quickly becoming the next big tourist hotspot thanks to Saudi Vision 2030.

“We’re excited to now be linked to this market and the opportunities it holds for both the Kingdom’s and Hungarian tourism, as well as growing business opportunities.”