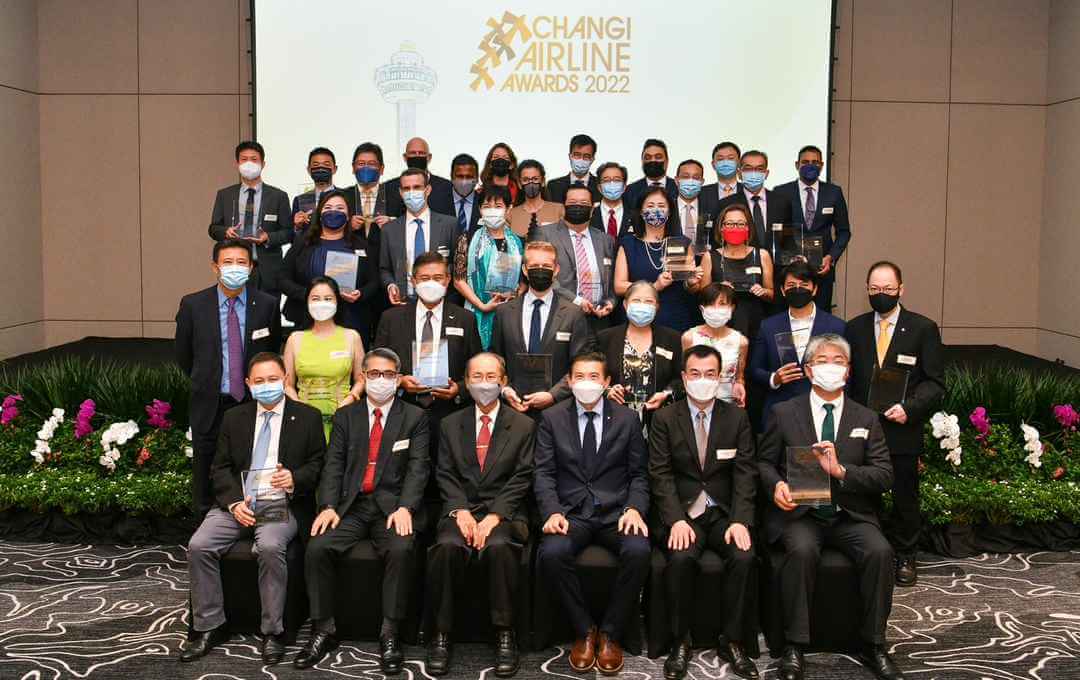 In a resounding vote of confidence for Changi air hub’s recovery, more than 120 representatives from 71 airlines spanning 36 countries converged in Singapore for the annual Changi Airlines Awards (樟宜航空大奖) after a two-year hiatus.

The high-signature event, which celebrates the year’s achievements and recognises airline partners’ contributions to the Changi air hub, was last held in 2019 but suspended in the following years due to the Covid-19 pandemic.

A total of 34 awards across three categories were given during the three-hour evening event held at Dusit Thani Laguna Singapore.

The Resilience Award was presented to 25 airlines who have continued to fly to and operate from Changi Airport throughout the pandemic.

The Connectivity Award was presented to two airlines for launching new city links.