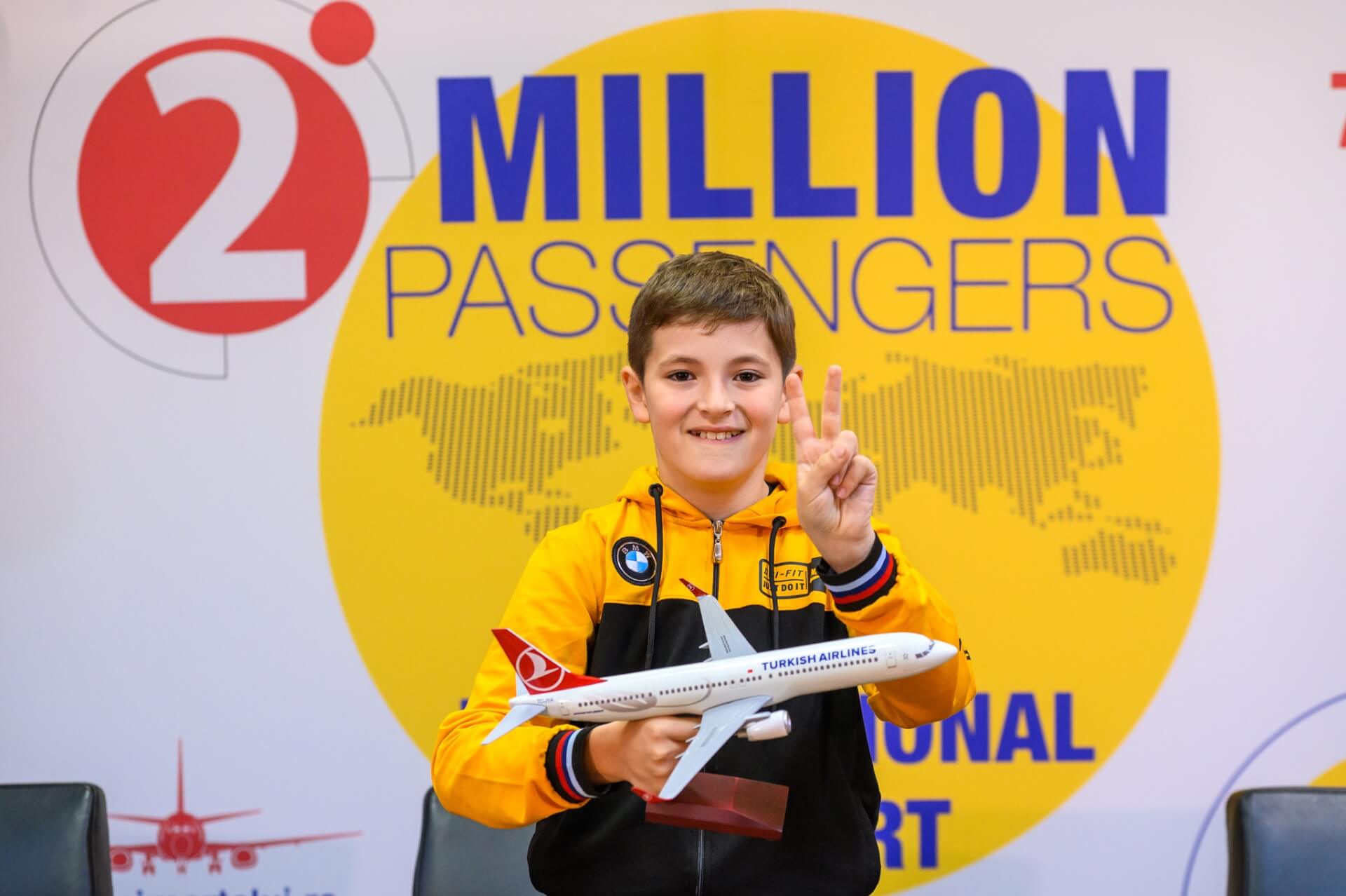 The event represented a particularly important milestone for the airport and for the region it serves.

This year, Cluj International Airport reaches for the fourth time in its history the threshold of 2 million passengers in a calendar year, thus this celebration is becoming a symbolic event.

The first time Cluj International Airport managed to exceed the threshold of 2,000,000 passengers registered in a calendar year was 2017, and since then, with the exception of the pandemic years, respectively 2020 and 2021, in the fall of each year there has been this possibility to mark the success and excellence of airport operations through an anniversary moment celebrated together with our passengers and partners.

The passenger with the number 2,000,000 registered in 2022, was transported this year by Turkish Airlines, on its flight number TK 1047, from Istanbul to Cluj-Napoca.

Mrs. Burçin Demirezenler, Sales Director at Turkish Airlines, said on this occasion: “We are happy that the 2 millionth passenger registered this year at Cluj International Airport was transported from Istanbul to Cluj-Napoca, on a Turkish Airlines flight.

“Unlike previous anniversaries, this year’s passenger is a child who travelled with his parents, which means that flying and traveling are appreciated at any age, and we are sure that today’s experience will be a memorable one for him!”

“This year, August was the best month in the over 90-year history of Cluj International Airport, in which were registered more than 338,000 passengers, and on August 8, 2022, we had an absolute first, with the record of 12,288 passengers transported from the airport in a single day.

“Exceeding the threshold of 2,000,000 passengers in 2022 is a performance that honours us but is also a challenge to continue the efforts to recover as quickly as possible the air traffic existing before the pandemic.

“I want to thank all the passengers, collaborators, partners and the entire airport team for the special contribution within the ambitious but perfectly achievable project of being one of Europe’s landmark airports, in the category of under 5 million passengers annually.”