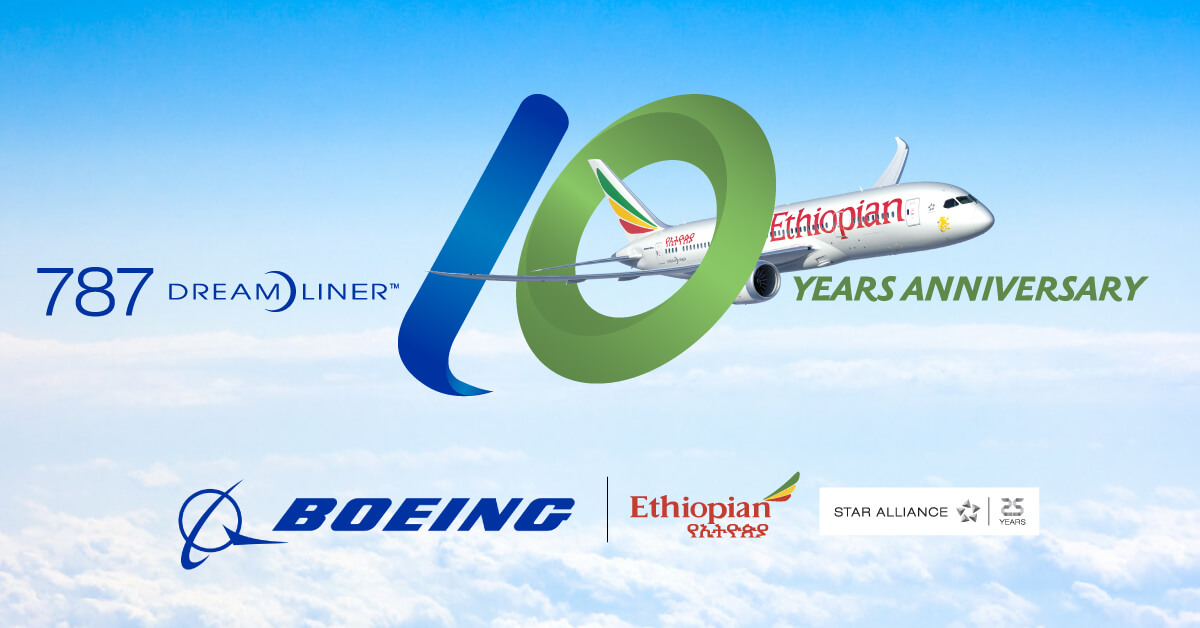 Ethiopian Airlines and Boeing today celebrated the 10th anniversary of the first 787 Dreamliner delivery to the African carrier.

Over the past decade, Ethiopian Airlines has utilized the outstanding capabilities of the 787 to sustainably grow its long haul network across the world, making its hub in Addis Ababa one of the leading gateways for international travel in Africa.

Ethiopian Airlines was the first airline on the continent to take delivery of the 787 and today operates a combined fleet of twenty-seven 787-8s and 787-9s that play an integral role in its long-haul fleet.

As part of today’s anniversary celebrations, Boeing also unveiled an exhibition design for educational exhibits in the mobility hall of the Ethiopian Science Museum.

The museum will feature permanent exhibits from Boeing and Ethiopian Airlines, including a 787 Dreamliner simulator experience.

“We are glad to mark a decade since we ushered in the first 787 Dreamliner into Africa, building on our pioneering role in African aviation,” said Mesfin Tasew, Ethiopian Airlines Group CEO.

“The 787 has been instrumental in expanding our long and medium haul flights and redefining on-board comfort for our passengers thanks to its advanced technology and remarkable cabin features.”

“For more than 75 years, we have partnered with Ethiopian to help them build a great airline using the world’s most modern, efficient, comfortable and sustainable products including the 787.”