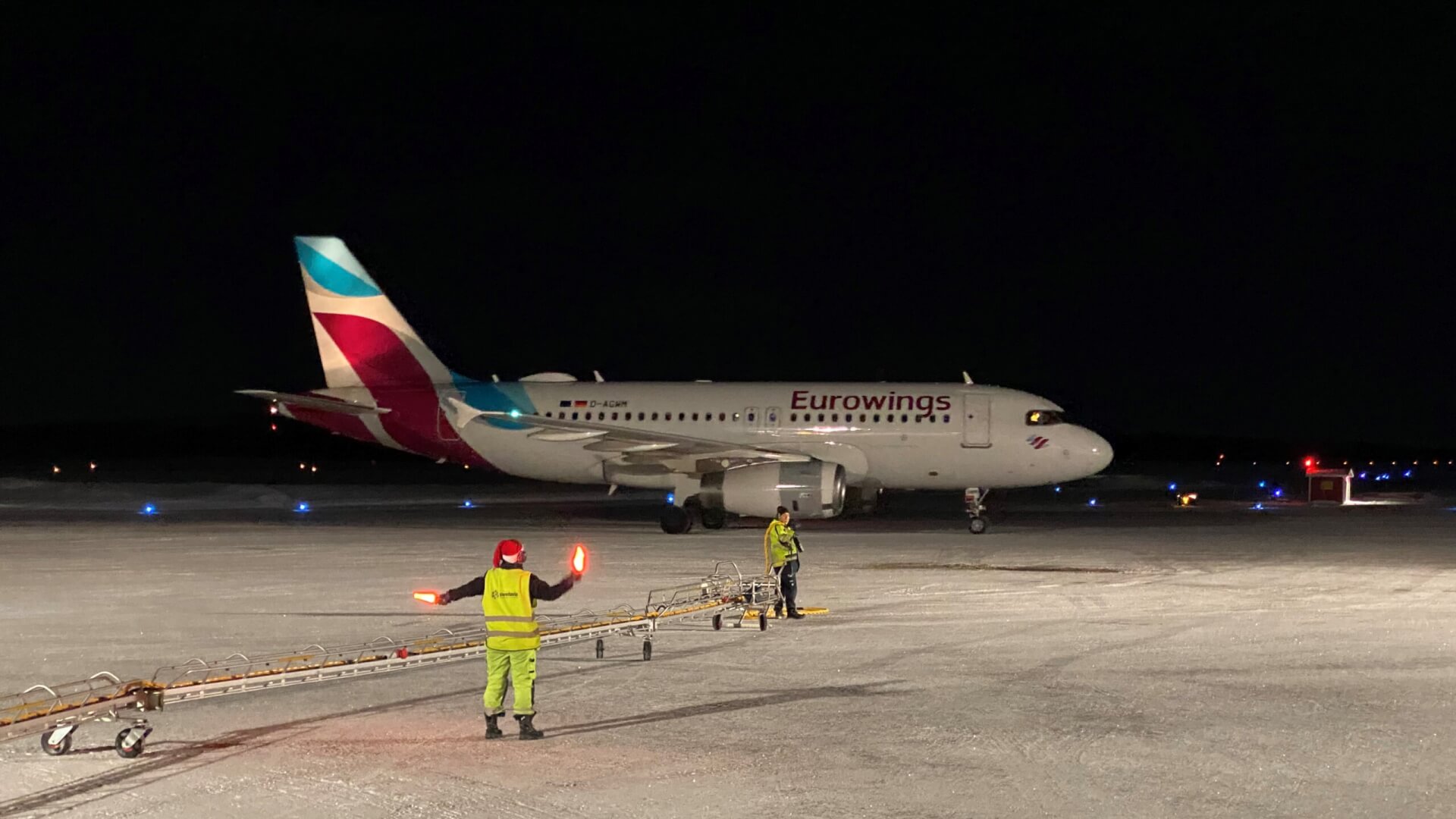 Since December 2021, the airline has offered direct flights during the winter season to Stuttgart from the two Swedish destinations.

Now the airline has chosen to instead provide direct service for the next winter season to and from Düsseldorf, where it has its main hub in Germany.

Flying non-stop to and from Düsseldorf will enable passengers to conveniently use Eurowings’ large network of routes to fly to other destinations in Germany and elsewhere in the world.

It also means a larger catchment area and thus more potential passengers since service via Düsseldorf provides access to a densely populated part of Germany and the Dutch market.

In recent years, Germans have been the second largest group of international visitors, after the Norwegians, to Swedish Lapland in terms of the number of guest-nights.

The two direct routes provide opportunities for local tourism companies and international tour operators to arrange round-trip travel packages that enable guests to fly via Luleå, for example, and experience different parts of that region and then fly home via Kiruna, or vice versa.

With two weekly departures via Luleå Airport, additional business opportunities are created and increased flexibility is possible for people flying to and from the area.

The route will also be appreciated by local businesses and residents in the region, who can fly non-stop from Luleå and Kiruna to Germany.

Tickets are now on sale.

For more information about current traffic from Kiruna Airport: swedavia.com/kiruna.

Between December 22, 2022 and March 23, 2023, Eurowings will fly the route Luleå Airport (LLA) –Düsseldorf Airport (DUS) twice weekly on Thursdays and Sundays using an A320 aircraft type. Tickets are now on sale.

For more information about current traffic from Luleå Airport: swedavia.com/lulea.