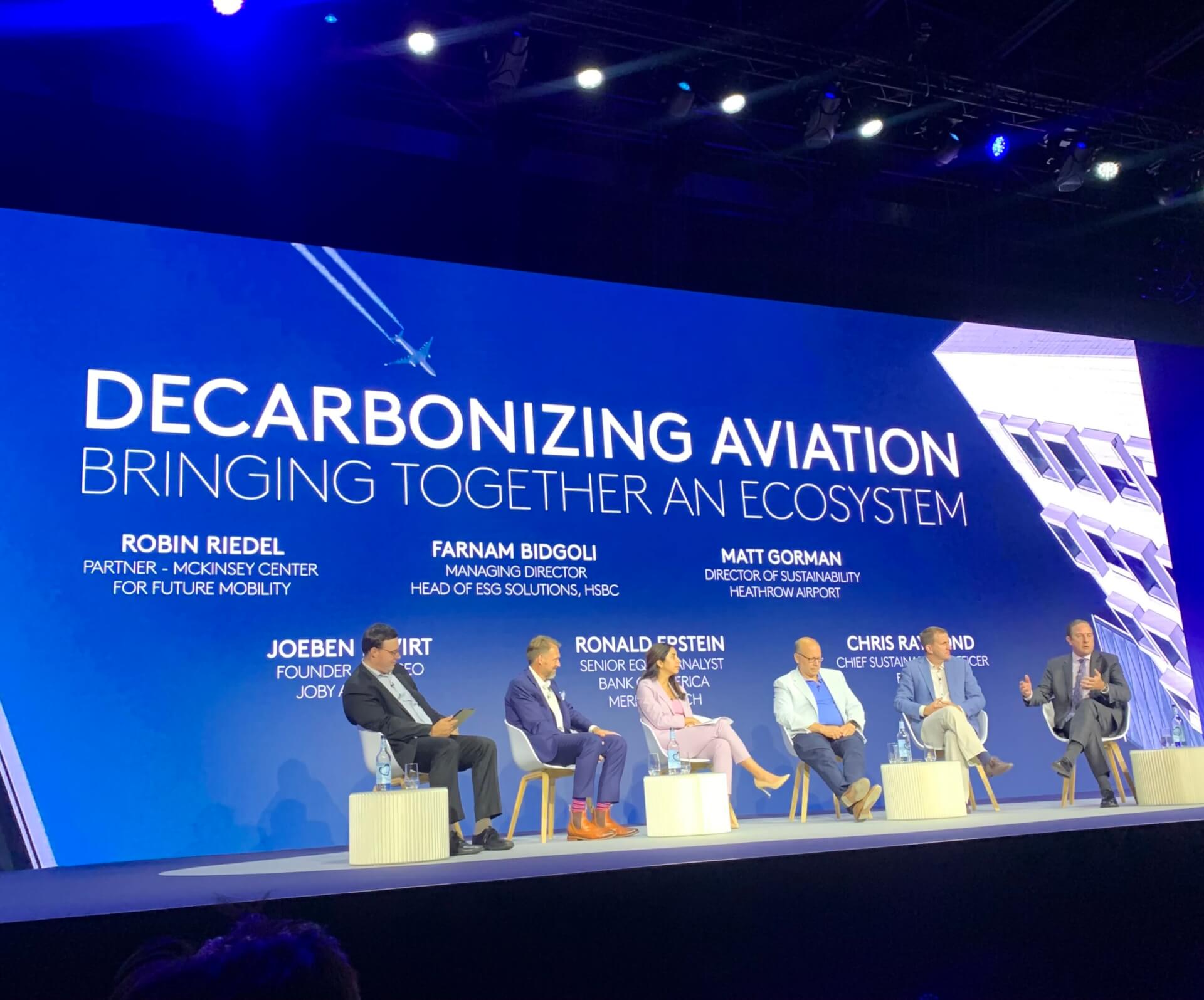 The atmosphere at Farnborough International Airshow (FIA) this Monday was one of anticipation and excitement. The first Farnborough Airshow since the pandemic was a very welcome return for the aviation industry and aerospace enthusiasts. 1,500 exhibitors from over 96 countries flooded through the gates on one of the hottest days of the English summer. A busy show was forecasted with over 80,000 trade visitors expected.

Farnborough is well known for its flying and static displays. As promised, they were fantastic, highlighting the latest aircraft and defense innovations. The delegates were treated to some amazing aircraft displays. The welcome roar of engines was heard over the exhibition halls.

The Airline Leaders’ Summit, led by Mark Pilling, kicked off the airshow. Robert Courts, the Parliamentary Under Secretary of State for Aviation, Maritime, and Security, emphasised the need for a strategic vision for the future of aviation and a robust skilled workforce. Willie Walsh, Director of IATA, and Tim Clark, CEO of Emirates, then engaged in a frank and open discussion on the disruption at Heathrow. Clark expressed how “irate” he was after Heathrow attempted to cap their capacity, “this should be a wakeup call”. Walsh commented “the airport should have been prepared”.

The Space, Research and Development Zones were the hot spots for vibrant exhibitors and interesting new technologies. New this year was the Aerospace Global Forum (AGF), an innovative conference that brought together leaders from fields of sustainability, future workforce, space, and air travel. The conferences debated world-class sustainability solutions, the use of AI, pioneering space exploration, quantum computing systems, electric flight, air traffic management and innovations in manufacturing.

Decarbonising Aviation: Bringing together an Ecosystem was a particularly interesting event on Tuesday 19th at the AGF. Delegates heard from leading sustainability professionals across the industry, for example: Matt Gorman, Director of Sustainability at Heathrow Airport, and Chris Raymond, Chief Sustainability Officer at Boeing. The panelists discussed the viability of hydrogen and electric powered aircraft, they emphasised the importance of investment and scaling up sustainable aviation fuels.

One of FIA key themes this year was aptly, sustainability. This was mirrored by many of the exhibitors who were promoting their sustainability agendas, new aircraft, and cutting-edge technology. Notably, Airbus announced their collaboration with 1PointFive, a carbon capture technology. Boeing signed agreements with Alder to expand production of sustainable aviation fuels around the world. There were many other agreements and partnerships promoting climate programs over the week.

Overall, a fantastic return for the Farnborough Airshow, where innovation and sustainability were at the forefront of everyone’s minds. This was particularly evident as the delegates experienced extreme heat throughout the show, a visceral reminder of the importance of these messages for the future of aviation. After such an intensely busy and exciting time for the aviation industry, here at EVA, we are looking forward to the realisation and developments that have been announced at the show this year for the next Farnborough Air Show in 2024!