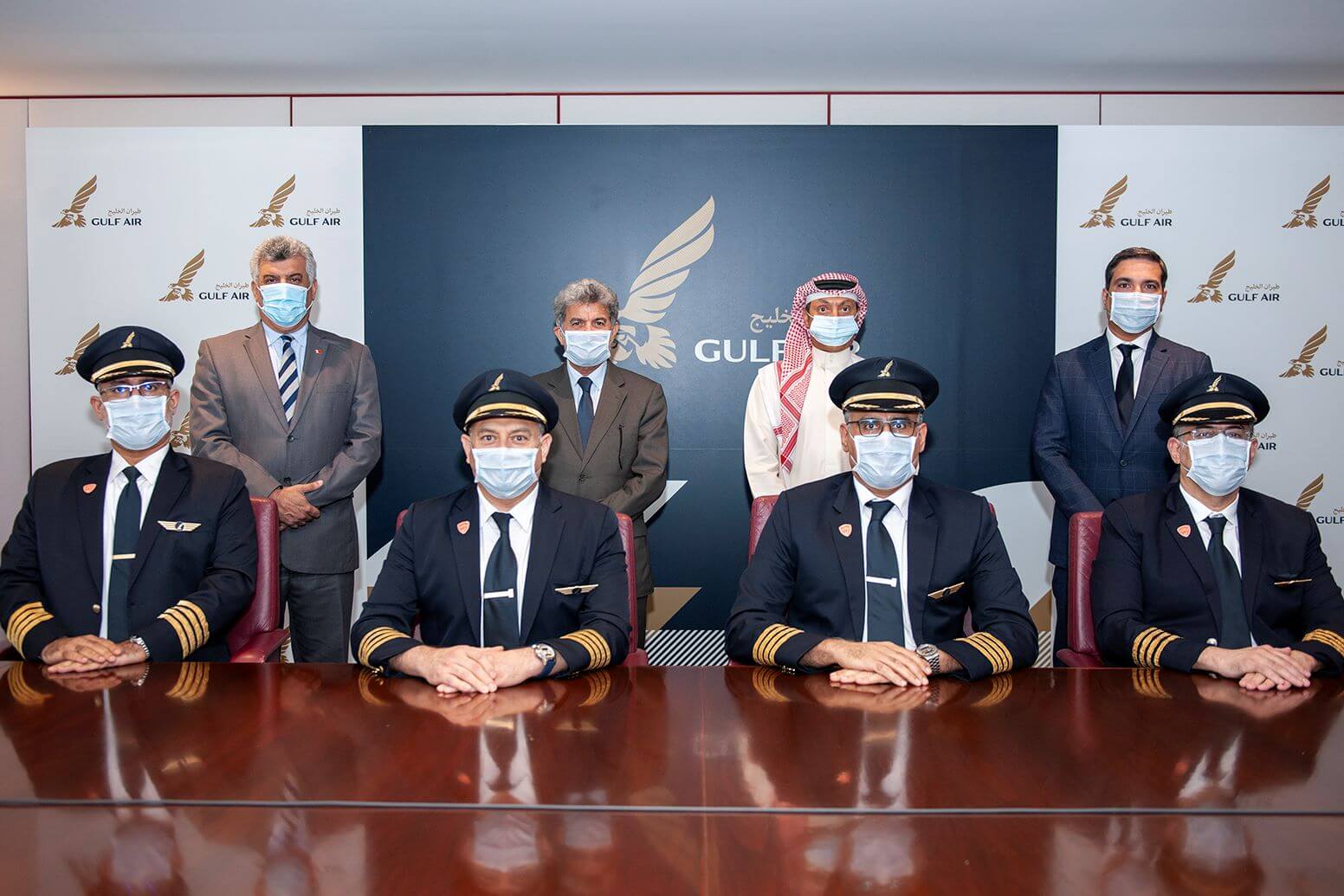 Gulf Air, the national carrier of the Kingdom of Bahrain, has developed for the first time an in-house type rating course for its pilots who fly Airbus to be qualified to fly its Boeing 787-9 Dreamliner fleet.

The first pilots who successfully completed the course were Captain Jasim Abu Idrees and Captain Mohamed Shabib who were transferred from Airbus fleet to the airline’s flagship Boeing 787-9 Dreamliner.

With the launch of this programme, all future Boeing 787-9 Dreamliner type rating and operational training will continue to be under Gulf Air’s Flight Operations and Training administration.

“We’re proud to have introduced a course that is fully developed and conducted by a 100% Bahraini team and targeted to all Gulf Air pilots.

“More convenient and time effective, the programme will allow us to move around our flying talents between Airbus and Boing fleet.

“I’d like to thank the Operations Division, headed by Chief Operations Officer Captain Suhail Ismaeel, for managing this great initiative and working closely with our partners in Bahrain Civil Aviation Affairs to make this a reality”.

Captain Abu Idress and Captain Shabib both served the airline for 30 and 27 years respectively and their careers progressed throughout the years from Second Officers to First Officers and then to Captains as well as type rating instructors and examiners.