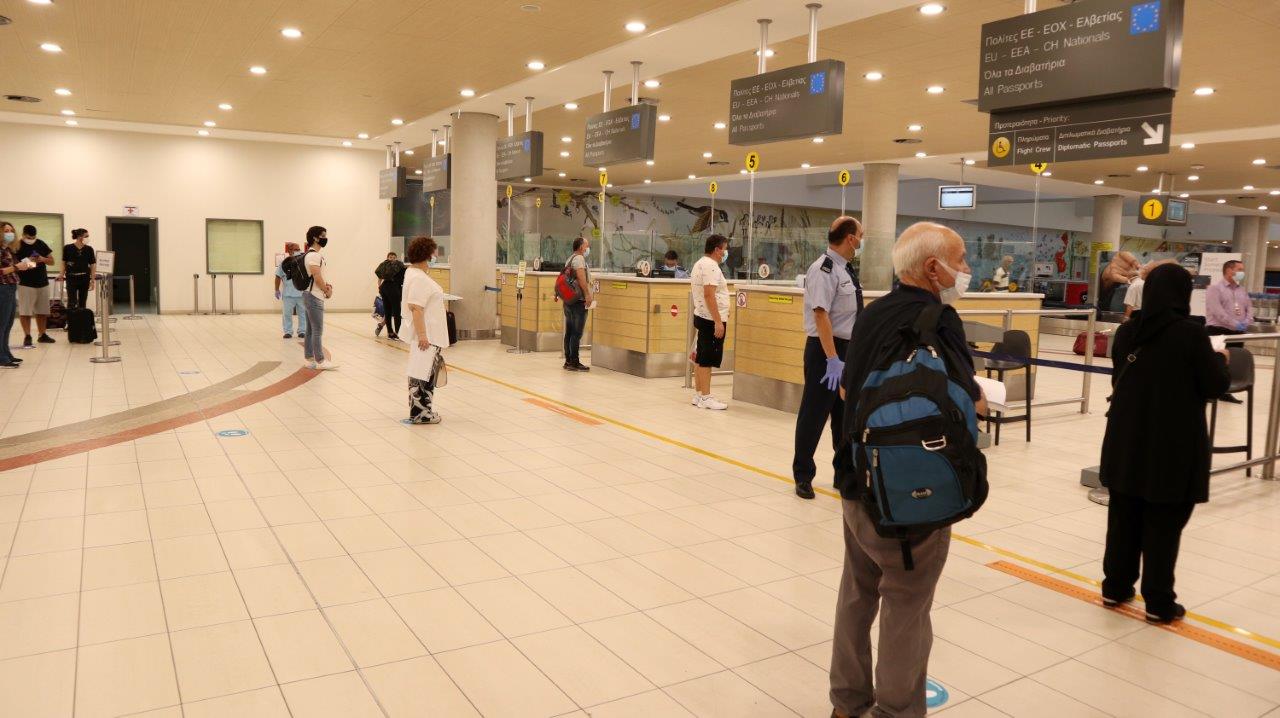 Concerns for Travel During COVID-19

Travelers are taking precautions to protect themselves from COVID-19 with 77% saying that they are washing their hands more frequently, 71% avoiding large meetings and 67% having worn a facemask in public. Some 58% of those surveyed said that they have avoided air travel, with 33% suggesting that they will avoid travel in future as a continued measure to reduce the risk of catching COVID-19.

When asked to rank the top three measures that would make them feel safer, 37% cited COVID-19 screening at departure airports, 34% agreed with mandatory wearing of facemasks and 33% noted social distancing measures on aircraft.

Passengers themselves displayed a willingness to play a role in keeping flying safe by:

“People are clearly concerned about COVID-19 when traveling. But they are also reassured by the practical measures being introduced by governments and the industry under the Take-off guidance developed by the International Civil Aviation Organization (ICAO). These include mask-wearing, the introduction of contactless technology in travel processes and screening measures. This tells us that we are on the right track to restoring confidence in travel. But it will take time. To have maximum effect, it is critical that governments deploy these measures globally,” said Alexandre de Juniac, IATA’s Director General and CEO.

The survey also pointed to some key issues in restoring confidence where the industry will need to communicate the facts more effectively. Travelers’ top on board concerns include:

Cabin air quality: Travelers have not made up their minds about cabin air quality. While 57% of travelers believed that air quality is dangerous, 55% also responded that they understood that it was as clean as the air in a hospital operating theatre. The quality of air in modern aircraft is, in fact, far better than most other enclosed environments. It is exchanged with fresh air every 2-3 minutes, whereas the air in most office buildings is exchanged 2-3 times per hour. Moreover, High Efficiency Particulate Air (HEPA) filters capture well over 99.999% of germs, including the Coronavirus.

Social distancing: Governments advise to wear a mask (or face covering) when social distancing is not possible, as is the case with public transport. This aligns with the expert ICAO Take-off guidance. Additionally, while passengers are sitting in close proximity on board, the cabin air flow is from ceiling to floor. This limits the potential spread of viruses or germs backwards or forwards in the cabin. There are several other natural barriers to the transmission of the virus on board, including the forward orientation of passengers (limiting face-to-face interaction), seatbacks that limit transmission from row-to-row, and the limited movement of passengers in the cabin.

There is no requirement for social distancing measures on board the aircraft from highly respected aviation authorities such as the US Federal Aviation Administration, the European Union Aviation Safety Agency or ICAO.

“It is no secret that passengers have concerns about the risk of transmission onboard. They should be reassured by the many built-in anti-virus features of the air flow system and forward-facing seating arrangements. On top of this, screening before flight and facial coverings are among the extra layers of protection that are being implemented by industry and governments on the advice of ICAO and the World Health Organization. No environment is risk free, but few environments are as controlled as the aircraft cabin. And we need to make sure that travelers understand that,” said de Juniac.

While nearly half of those surveyed (45%) indicated the they would return to travel within a few months of the pandemic subsiding, this is a significant drop from the 61% recorded in the April survey. Overall, the survey results demonstrate that people have not lost their taste for travel, but there are blockers to returning to pre-crisis levels of travel:

“This crisis could have a very long shadow. Passengers are telling us that it will take time before they return to their old travel habits. Many airlines are not planning for demand to return to 2019 levels until 2023 or 2024. Numerous governments have responded with financial lifelines and other relief measures at the height of the crisis. As some parts of the world are starting the long road to recovery, it is critical that governments stay engaged. Continued relief measures like alleviation from use-it-or-lose it slot rules, reduced taxes or cost reduction measures will be critical for some time to come,” said de Juniac.

One of the biggest blockers to industry recovery is quarantine. Some 85% of travelers reported concern for being quarantined while traveling, a similar level of concern to those reporting general concern for catching the virus when traveling (84%). And, among the measures that travelers were willing to take in adapting to travel during or after the pandemic, only 17% reported that they were will willing to undergo quarantine.

“Quarantine is a demand killer. Keeping borders closed prolongs the pain by causing economic hardship well beyond airlines. If governments want to re-start their tourism sectors, alternative risk-based measures are needed. Many are built into the ICAO Take-off guidelines, like health screening before departure to discourage symptomatic people from traveling. Airlines are helping this effort with flexible rebooking policies. In these last days we have seen the UK and the EU announce risk-based calculations for opening their borders. And other countries have chosen testing options. Where there is a will to open up, there are ways to do it responsibly,” said de Juniac.

The 11-country survey, which was conducted during the first week of June 2020, assessed traveler concerns during the pandemic and the potential timelines for their return to travel. This is the third wave of the survey, with previous waves conducted at the end of February and the beginning of April. All those surveyed had taken at least one flight since July 2019.