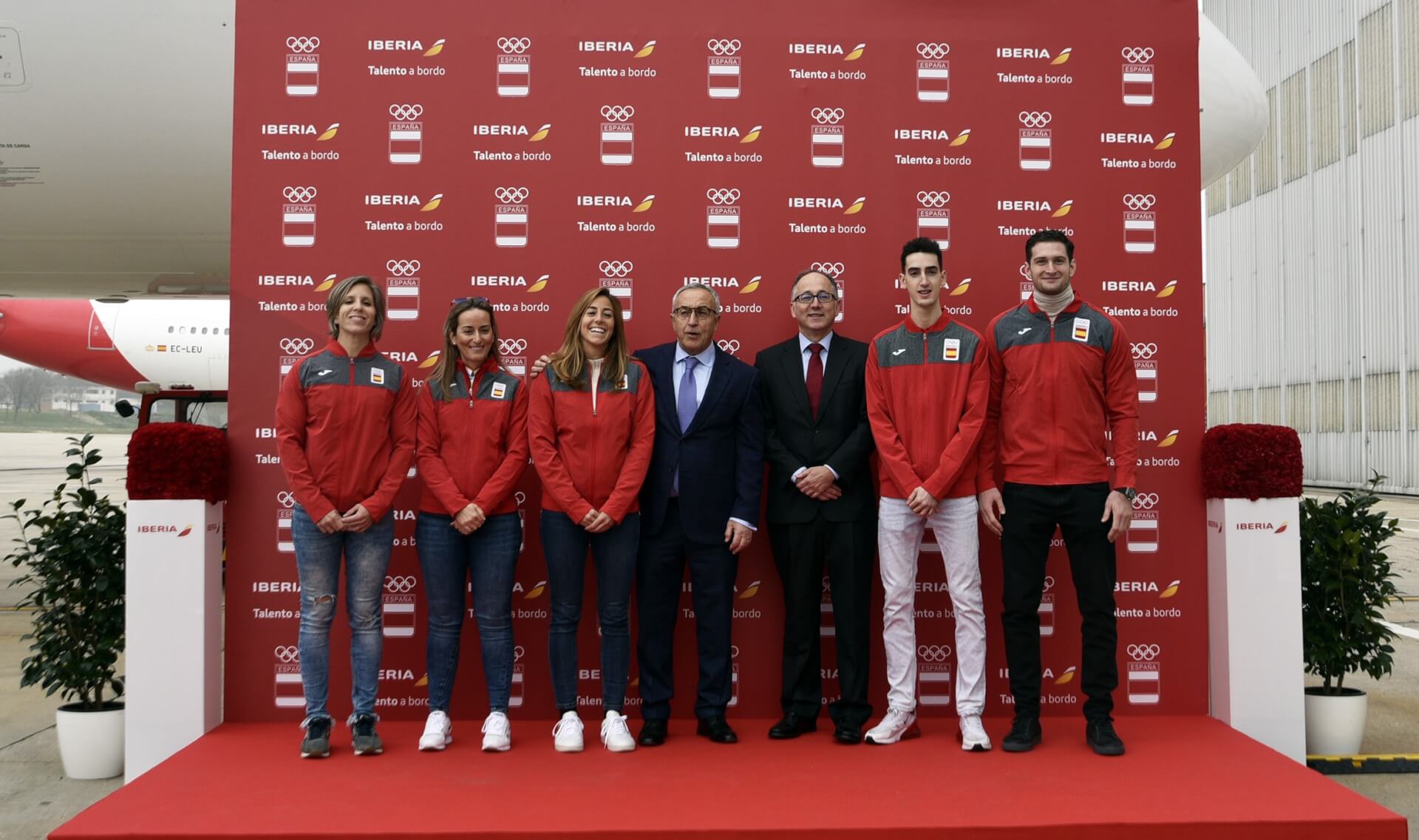 The signing took place in an Iberia hangar at Madrid Airport next to the Spanish airline’s latest Airbus A350 which has been christened “Equipo Olímpico Español” [“Spanish Olympic Team”] in honour of the Spanish competitors at the Tokyo Games.

Thus Iberia reaffirms its commitment to Spanish sport, facilitating air travel by members of the committee and by Spanish competitors, promoting the team all around the world, and associating the Iberia brand with this year’s most important and well-attended sporting occasion.

Also at the ceremony and presentation of the new A350 were a number of aspirants to the Tokyo games, including  Fátima Gálvez (shooting), Teresa Portela (canoeing), María López (hockey), Jesús Tortosa (taekwondo) and Niko Sherazadishvili (judo), as well as Francisco V. Blázquez García, president of the Spanish Handball Federation.

In addition to supporting the Spanish Olympic Committee, Iberia is also a sponsor of the Casa España Tokio 2020 project at the Tokyo Cervantes Institute, which will be a meeting place for Spanish competitors and their families and fans who can watch the Games on television and celebrate Spanish victories.

Iberia Chairman Gallego said “We’re proud to support our talented athletes, to take them to Tokyo and around the world, because we know that there are no secrets behind talent except for many hours of work and high hopes.”

Spanish Olympic Committee President Alejandro Blanco remarked, ”With this agreement the Spanish Olympic team is in the best hands to travel to Tokyo. The Spanish airline is a model of professionalism and efficacy in air transport.”