This will be the first direct flight between the Philippines and Israel.

PAL previously operated regularly to Tel Aviv during the 1940s to the 1950s.

The flights will depart late evening, and the expected flight time is about 11 and a half hours on the Airbus A350 aircraft.

Israel is also an attractive market as Philippine passport holders are entitled to 90-day visa-free access to the country. 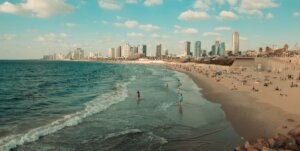 image by author amira_a at PxHere.com