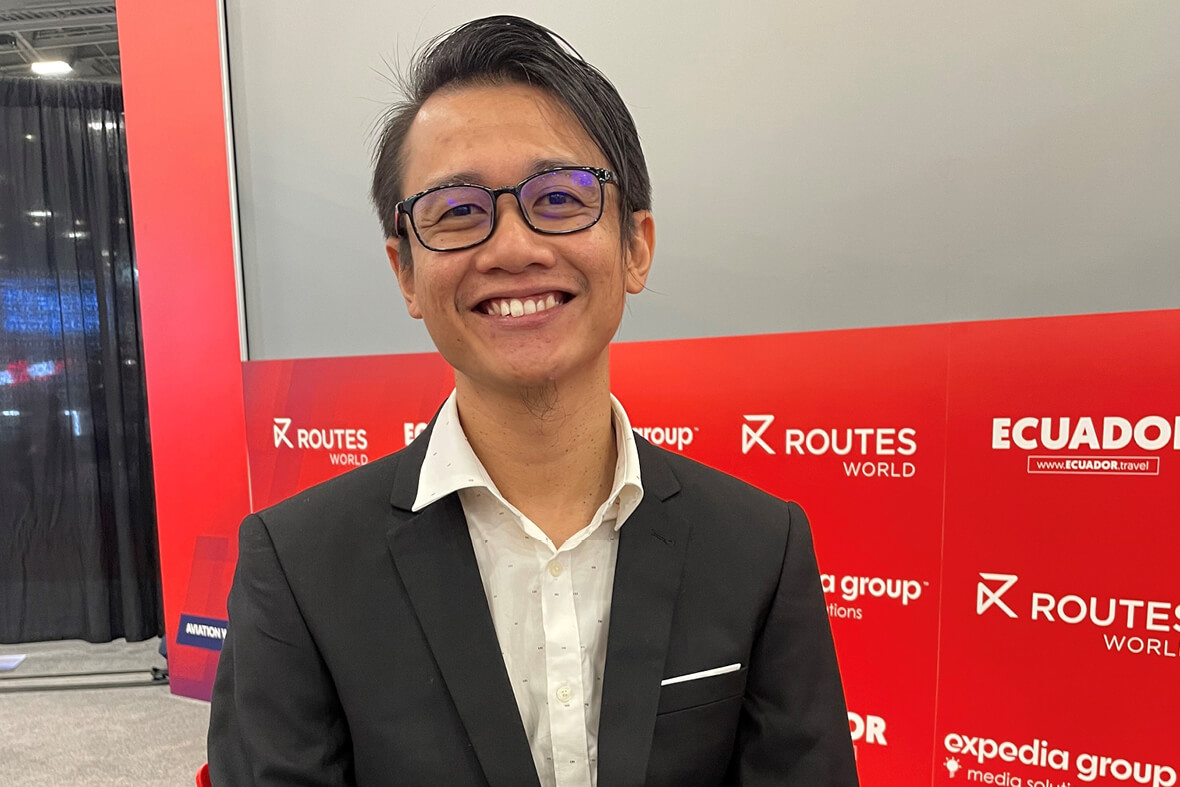 Muhammad Sharir, Network Planning Manager at the AirAsia Group, took to the exhibition stage to explain to Routes delegates how the structure of south-east Asia’s pioneering low-cost airline is evolving and recovering.
“We are no longer just an airline” was his key message, with a name change to Capital A which “reflects the Group’s new core business strategy as an investment holding company with a portfolio of synergistic travel and lifestyle businesses, which have rapidly transformed the AirAsia brand into much more than just an airline”.
The carriers remain the largest components of Capital A, for now, but the holding also contains a travel web app, logistics businesses, financial services, a “ventures builder” and aviation services such as maintenance and overhaul. Capital A was launched in February 2022. According to Sharir, the vision of AirAsia founder Tony Fernandes is for non-airline businesses to grow to 50% of the group’s revenue base over the next few years.
The AirAsia airlines were hit hard by the pandemic, seeing revenues plummet in 2021 as travel was stunted. AirAsia has four operational airlines in Malaysia, Thailand, Indonesia, and Philippines. In 2021, total passenger numbers fell to under 5 million.
However, recovery is underway with 50-60% of traffic and its fleet back at the time of Routes, said Sharir. The rebound would be faster still if China were open, as that represents 24% of its market.
At its peak in 2019, AirAsia’s airlines carried over 80 million passengers, and flew 244 aircraft on 387 routes, explains Sharir. However, it is the largest foreign carrier in eight countries where it does not have an operating certificate, demonstrating its market strength, said Sharir. In addition, there are 107 unique routes that are unserved in the region, showing there is plenty of travel demand still to be stimulated, he said.
This year the carrier has launched 24 new domestic routes and six new international ones. The aircraft that cannot be used on Chinese services are being redeployed on routes to India, Bangladesh and across south-east Asia.
Capital A’s medium-haul carrier, called AirAsia X, is reactivating its fleet of 12 Airbus A330-300s to relaunch its network around Asia-Pacific and look for growth opportunities, said Sharir. Services to Seoul, Sydney, Melbourne, Delhi and Taipei will be operating in the fourth quarter of 2022.