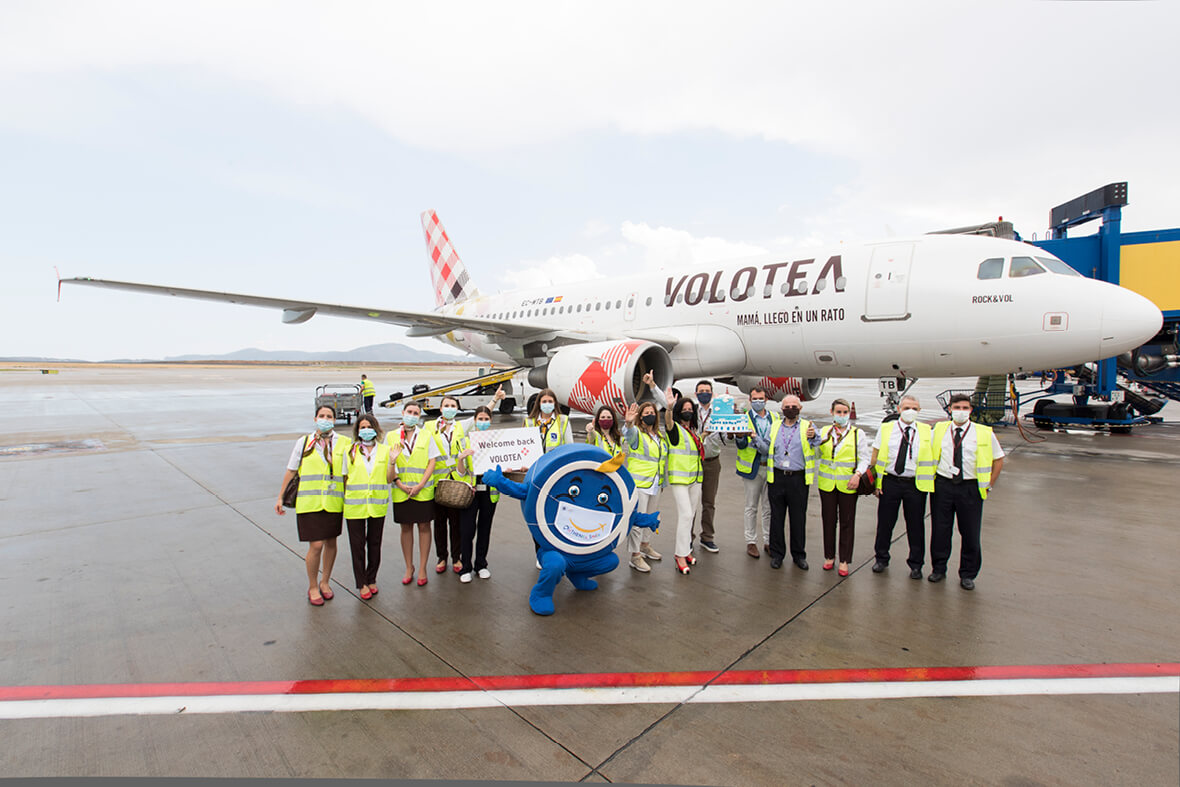 The year 2020 was, by any standard, the most challenging in the history of aviation. The pandemic is having a profound and lasting industry impact, with structural repercussions of unprecedented magnitude.

Overall, last year ended with traffic at Athens International Airport (AIA) diving to 8.08 million passengers, presenting a decline of 68.4% vs the equivalent levels of 2019, corresponding to a passenger traffic loss of 17.5 million passengers. (In line with the industry-wide observations, domestic passengers were slightly less affected than the international ones, posting a 61.1% decrease compared to 2019, vis-a-vis the 71.6% drop in international traffic).
The devastating impact of the pandemic was also strongly felt through the first half of 2021, with travel bans and restrictions imposed in an uneven and uncoordinated manner across the globe. Overall, during the period January through June 2021, the airport’s passenger traffic totalled approximately 2.7 million, a decline of 31.7% compared to 2020 and 76.4% compared to 2019. The volumes of domestic and international passengers decreased by 8.2% and 43.9% compared to 2020 and by 64.9% and 81.5% respectively compared to the same period of 2019.

Light at the end of the tunnel?
The gradual lifting of travel restrictions that commenced on 19 April was almost fully realised by 14 May as per the Hellenic Government’s already announced plans for the restart of the Greek tourism.
At the same time, similar actions were gradually introduced by a number of other countries, followed by the implementation of EU Digital COVID Certificate (1 July), instilling some confidence to travellers. Moves that proved to be in the right direction since they affected positively the restart of aviation and tourism, positively affecting in parallel Athens’s traffic recovery.

As a result, the Athens airport’s traffic, at the beginning of the 2021 summer period, started improving, slowly yet steadily. Despite posting a 58.2% decrease in June as against the respective period in 2019 (domestic traffic was down by 42.8% while international demand was recorded at -64.9% as against pre-pandemic levels), a gradual recovery was becoming more obvious.
As summer progresses, a proof of this upward trend was also provided by Eurocontrol’s weekly traffic reports, indicating strong early July numbers for Athens, with traffic at approximately 77% of 2019 levels and the airport ranking well in the list of Europe’s 10 busiest.

For our part, we are always ready to welcome airline partners and visitors to our airport, our City and our country, strictly implementing all hygiene and safety measures, in accordance with the instructions and guidelines of the competent international, European and national authorities, safeguarding, at the same time, the highest level of airport experience for the travelling public.

As far as our expectations for the remainder of 2021 are concerned, demand, is the key word here. This is the factor that drives airlines to plan, reschedule, restart, or select new markets. Taking into account the epidemiological developments and the vaccination rollouts and hoping that we will have only positive developments in this field, we are constantly monitoring air travel statistics, trends and dynamics and already being in close cooperation with our airlines and in discussions with them, regarding their short-and medium -term plans, aiming at contributing to their dynamic development to and from our airport in the post-pandemic era.

Even during this dire period for our industry, the attraction of Athens and actions towards facing the negative pandemic effects, resulted in the addition of new routes, services and airlines to the AIA network. More specifically, three new destinations have been added – Washington DC, Atlanta, and Bacau (Romania) – and we welcomed over 14 new services.

Some of the most significant developments for Athens in 2021 so far include the strongest US network that Athens ever had, with up to nine daily departures for US cities, the expansion to international markets for homebased SKY Express (adding Larnaca, London Heathrow, Paris Charles de Gaulle, Brussels, and Rome Fiumicino in addition to an extended domestic network) and the re-establishment of Volotea’s base in Athens.
Moreover, LOT returned to Athens during the pandemic, added Katowice to its Greek network and Blue Air introduced the new destination (Bacau), entering, at the same time, the Athens-Bucharest market.

Emergency Response Team
In the early stages of the crisis and well before the official declaration of its outbreak in March, AIA started preparing response measures primarily concerning business continuity and ensuring a safe workplace environment for all employees and the collaborating entities. A Management Team, the EReTeCo (Emergency Response Team – Coronavirus) was swiftly established, including distinct disciplines in all areas of the company’s activities continuously interacting with AIA Employees, Airport Community Stakeholders, State Authorities, Service and Goods Providers, Local Communities, Tourism Stakeholders etc.

In line with European Commission’s Guidelines to help the tourism and transport industries overcome the Covid-19 disruptions released on 13 May 2020, and the respective government announcements, AIA developed a Restart Plan, introducing new operational conditions. These comprised social distancing rules, personal protective equipment (obligatory use of mask), updated markings and signage, procedures upon identifying a suspicious or an infectious case, ventilation rules, cleaning and disinfection, informative material to passengers and staff.

Measures including the installation of polycarbonate partitions (at several offices, desks and areas), floor markings enabling social distancing, reconfiguration of nearly 6,000 seats and installation of hand sanitizers throughout the terminal had been implemented immediately.

Incentives on offer
Several temporary measures were immediately implemented, in an effort to create, as much as possible, a favourable environment for the operating airlines and for the restart of the market.
From March to June 2020 there was a 100% discount on aircraft parking for grounded aircraft (>48hrs) and a 50% discount on parking charges for all other aircraft.

From October 2020 to June 21 there was on offer a 50% discount on aircraft parking for grounded aircraft (>24hrs/home-based carriers) and a 20% discount on parking charges for all other aircraft.

In the July 2021 to October 2021 period a “Restart” Incentive Scheme was introduced on all commercial, international, scheduled, passenger flights, offering 50% discount on landing and parking charges for the number of flights operated above a specific threshold when compared to the monthly number of flights achieved by each airline during the respective months of Summer 2019. The incentive has become widely accepted by the airlines and in many cases supported our carriers to adjust their schedules to benefit from the specific incentive.

Additionally, and in line with Governmental directives, operating airlines occupying office or other spaces at the airport buildings received discounts up to the level of 100% on their rental fees. The measure is in effect as from March 2020.

Furthermore, considering the initial, heavy suspension of the airlines’ operations, AIA adjusted its existing incentives’ policy by waiving some conditions for discounts to immediately respond to the prevailing market conditions and offer – at the extent possible – support to the airlines that maintained operations during the adverse period of travel restrictions.

Like the rest of the industry, AIA has been heavily impacted by the pandemic. However, being the major gateway of a prime tourist destination, meticulously and diligently we plan our next steps. Within this framework, as we have always done in the past, we remain firmly committed to substantially support our airlines, especially during this extremely difficult period, aiming at creating a favourable environment within which they will be able to maintain and further enhance their network and increase their operations to and from Athens.