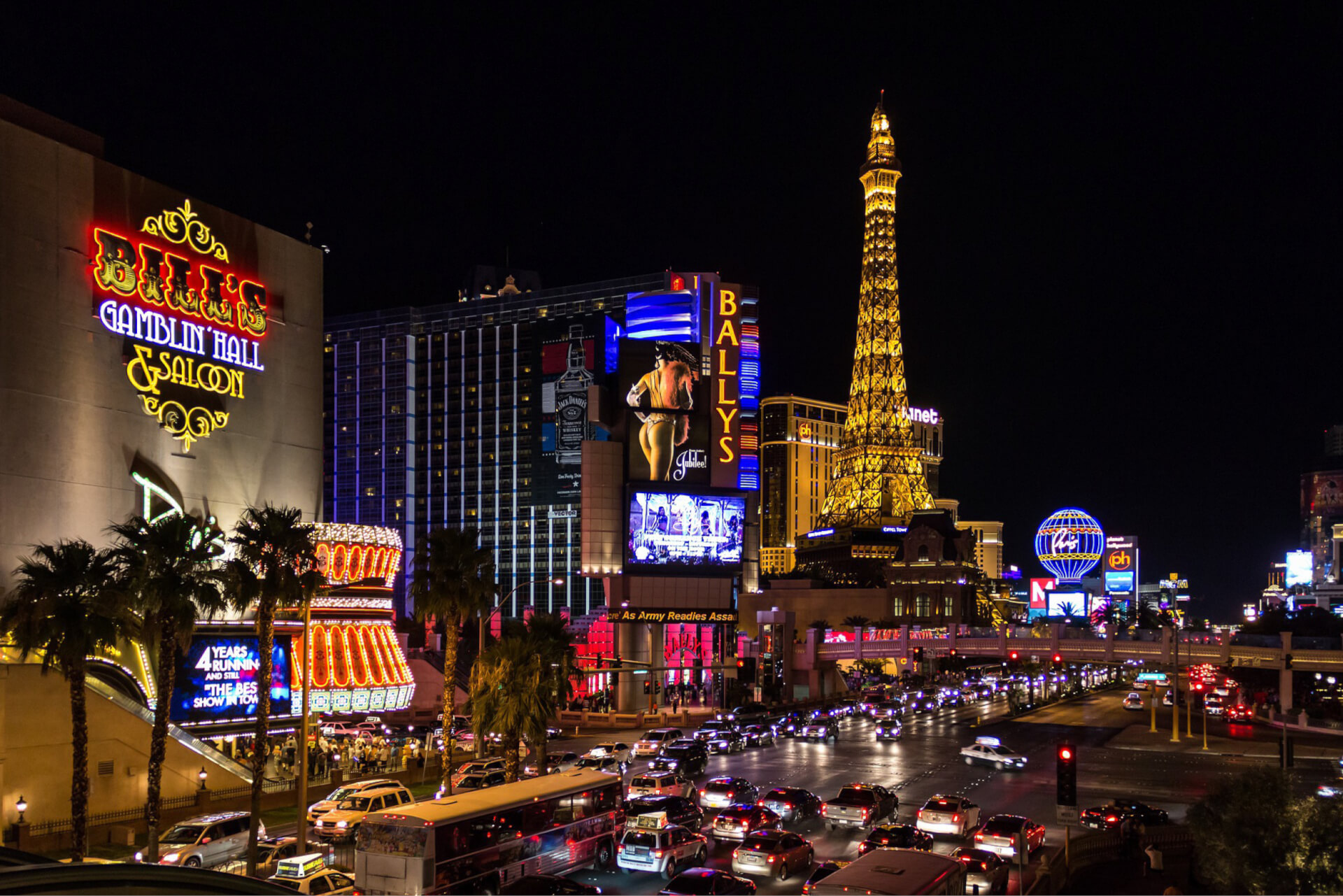 The industry’s most famous network development event Routes World returns to the glitz and glamour of Las Vegas for the first time in nine years. Olivia Pilling previews the October jamboree.

The 27th World Route Development Forum will return to Las Vegas, Nevada, taking place from the 16-18 of October at the Las Vegas Convention Center. Voted the world’s number one trade show location for 26 years running, the event returns for a second outing in “Sin City”.
The party atmosphere of Las Vegas hasn’t changed since Routes last came in 2013, but it has grown. The convention centre has an added two million square feet of exhibition space and an extra 6,000 hotel rooms to offer delegates.
Routes 2022 has 2,200 delegates attending, a leap forward from last year’s Milan numbers, but not quite to pre-pandemic totals. At the peak in 2019, Routes welcomed 2,800 delegates to the Barcelona edition.
As many markets have reopened since last year, with delegates from the Asia-Pacific back in large numbers after being almost absent in 2021, it is gratifying for Routes to see the numbers start to recover compared to 1,700 who attended Milan. That was a show still heavily impacted by social-distancing and restrictions on travel worldwide.
Routes World brings together leading carriers, including Turkish Airlines, IAG, American Airlines, Qantas and Emirates, with 32% of the airlines coming from the Asia-Pacific market (96 airlines), followed closely by 22.7% from Europe (68 airlines). Airport attendees however are largely made up by European authorities, which make up 36.9% with 218 airports. Asia-Pacific follows behind with 172 airports and 112 from the Americas.
The inability of Chinese delegates to travel easily means delegates from this country will significantly lag pre-pandemic levels. However, there will still be substantial representation from Chinese airlines and airports as they seek to retain a presence this year, ready to return when travel restrictions are eased.
Most Chinese carriers are being represented by associates from North America, with 66 Chinese airlines being present. Whilst over 80% of the top Chinese airlines are represented at the event, Routes is confident they will be able to welcome Chinese carriers and authorities back in force in 2023.
In previous years events Routes has organised some virtual conferences to include the Asia-Pacific market, so the uptake in attendees in person from this region for Las Vegas is encouraging. “We’ve been able to bring most of the route development community back together which is really positive,” says Ellie Wells, head of marketing at Routes.
Not only has Routes been pleased with attendee numbers, it is also pleased with the strength and seniority of the guest list. Up to 40% of airline attendees are senior management or above, 55% of airport attendees are senior management or above.
As usual the Routes conference programme features heavyweight names. The Powerhouse Panel: Lessons learned from the Pandemic, is moderated by Luis Felipe de Olivira, director general of ACI World, and features Kadri Samsunlu, CEO of iGA Istanbul Airport, Ali Mohammed Rajab, of the General Authority of Civil Aviation (GACA), Kingdom of Saudi Arabia, Mateo Estrella, of the Ministry of Tourism of Ecuador, and Peter Ingram, CEO of Hawaiian Airlines.
There will also be keynote interviews with Frontier Airlines CEO Barry Biffle, Juan Carlos Zuazua, CEO of VivaAerobus, and John Redmond, president of Allegiant.
The conference programme promises to be an engaging one, with sessions ranging from airline briefings and panel discussions to a masterclass on how to demonstrate the true potential of your market through data, leakage studies and traffic forecasts with ASM. A variety of networking breaks and Fast Track five-minute interviews will be taking place in between, for those all-important informal and short meetings.
Strong feedback
On so many levels delegates believe Routes is a great opportunity for global air connectivity expansion. Over 97% of Routes World 2021 exhibitors would recommend the event to industry partners and, in a major vote of confidence over 70% of Routes World airline delegates believed that the meetings held at the 2021 event had led to new routes.
This year there will be in the region of 10,000 meetings taking place, and with more representation from the Asia-Pacific market, the outcomes of the event will be exciting to watch.
This year’s event sees the reintroduction of the Routes Awards, which aim to celebrate collaboration and highlight best practice within the route development world. The awards are voted for and judged by members of the route development community, and they have had a record-breaking number of votes since 2019, showing just how willing the community is to highlight and celebrate achievements.
The awards have five categories; airports, tourism authorities, airlines, individual leadership, and rising stars – the winners will be announced at the Routes World Networking Evening.
In last year’s post-event survey, over 80% of delegates voted that sustainability at the event was very important to them. Routes has responded to this by committing to halving the waste generated at events by 2025, as part of their sustainability commitments. Sustainability is also incorporated into the conference themes and panel discussions.

Social whirl
The social scene at Routes promises to be exciting, with the welcome reception on the rooftop bar of the Sahara hotel on Saturday 15 October, and a “show-stopping” networking evening at the Zouk Resorts World will wrap up the event.
Delegates can also look further afield to socialise and enjoy Las Vegas outside of the event. Usher, John Legend, and Katy Perry are just a few of the biggest names from the pop scene playing around the week of the event.
If music isn’t your thing, and you want to see a show, burlesque takes on a spooky theme with the Zombie Burlesque at Planet Hollywood or you could visit a 1920s prohibition themed bar on the strip for a few drinks to soak up the vibes of the Roaring twenties.
Whatever your work or play fancy, Routes World 2022 in Las Vegas will have it covered. See you there.