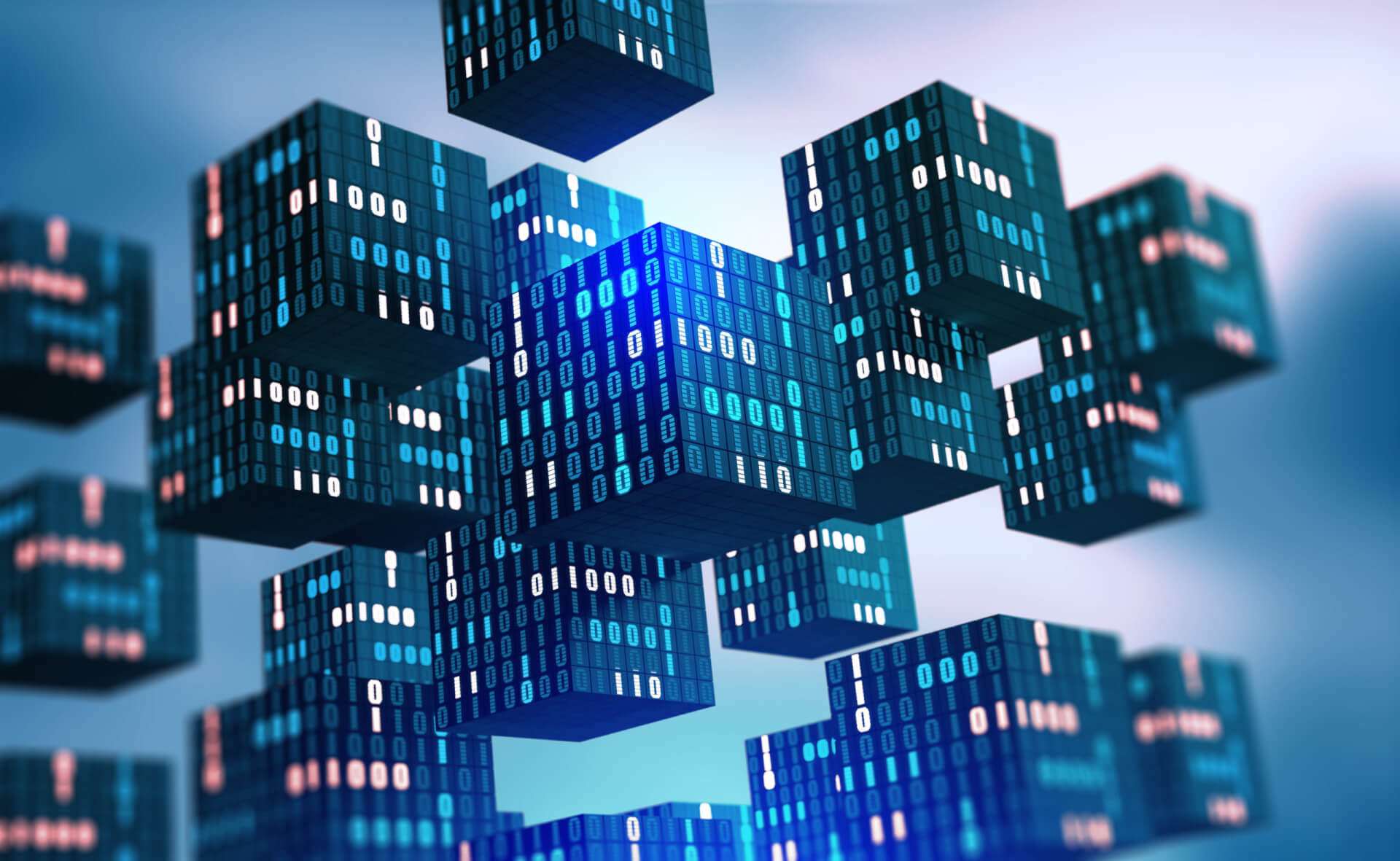 Blockchain is the record-keeping technology behind the bitcoin crypto currency, but it has potential use cases that go far beyond the banking and financial services sector.

In the aviation industry, for example, the commercial value chain often involves anything up to a dozen different organisations – including aircraft manufacturers, airlines, travel agents and ground handlers – that depend upon and closely interact with each other to deliver products and services to passengers.

Many believe that blockchain could prove instrumental in orchestrating a new era of co-operation and collaboration between those stakeholders, so long hampered by largely incompatible information repositories that make fast and effective data sharing difficult, if not impossible.

“The biggest obstacles standing in the way of a seamless passenger journey and truly efficient air travel, are the siloed processes across the many stakeholders, including airlines, airports, ground handlers and control authorities,” Barry McLaughlin, Lead Architect for SITA Lab tells ARGS.

As a decentralised ledger that securely records transactions and data transfers across a distributed peer-to-peer network of participants, blockchain could allow organisations to streamline their partner billing operations, for example, making it easier and faster to facilitate payments between the various entities involved in customer transactions.

In the digital world, an electronic ticket (e-ticket) is fundamentally little more than a database entry with a print option that can easily be shared between customers and partners. Blockchain offers the ability to add business logic and terms and conditions around how the e-ticket is sold and used, providing greater flexibility in how it is sold by different partners in the value chain from anywhere in the world.

The technology can also provide a secure and convenient method of recording events. This can be applied to tracking the status and location of valuable assets that are transferred from one custodian to another on a relatively frequent basis – such as passenger bags, cargo, spare parts and even aircraft themselves.

And the same techniques used to underpin financial transaction security can be applied to the personal information of passengers and crew to enable compliance with data protection regulation and harden access policy management, through the creation and certification of digital identities that guarantee the integrity of the people and organisations involved in the commercial chain.

Aviation use cases
Although the technology remains in the early phase of adoption in almost every industry vertical, some aviation companies are already starting to experiment with blockchain. For instance, multinational professional IT services company Accenture has worked on a proof of concept (PoC) with French aerospace manufacturing and services company Thales in the UK to develop a blockchain solution that helps stakeholders verify the authenticity of parts and their associated documentation, and to understand aircraft and asset configuration.

“The area where we see big pickup right now is among stakeholders with unique assets in the supply chain,” says Craig Gottlieb, who is responsible for innovation and thought leadership for Accenture’s Aerospace and Defense Practice in North America, with a particular focus on supply chain and aftermarket services.

In its study “Future of the Airline Industry 2035” the International Air Transport Association (IATA) also sees blockchain as one of the technologies set to have a major impact on the future of aviation. IATA has conducted years of research and development into blockchain, starting with prototypes and testing in production environments in tandem with several airlines and their partners.

It has identified tokenisation and smart contracts as leading use cases. Smart contracts are defined as those that are self-verifying, self-executing and autonomous. They allow companies to exchange terms, events and information throughout the lifecycle of the contract without having to rely on brokers or middlemen ¬– which often introduce extra costs and transactional delays.

SITA has already developed FlightChain, a smart contract that contains what it terms a single source of truth for real-time flight information, and provides shared control of the data being collected and updated. The project – which originally started with the participation of British Airways, Heathrow Airport, Geneva Airport and Miami International Airport and has supported the active exchange of data between up to 12 participants – stores flight information on either Ethereum or Hyperledger blockchains to provide easy access to flight status data.

The concept of ‘Blockchain as a Service’ too – a model that allows developers to use cloud-hosted services to build, use and host blockchain apps, functions and smart contracts – is also gaining support, largely because expecting any one stakeholder to implement a specific solution on their own infrastructure is complicated and error prone.

February 2020, meanwhile, saw the launch of the Maintenance, Repair and Overhaul (MRO) Alliance, dedicated to defining a PoC that uses blockchain to track, trace and record aircraft parts. Members currently include Bolloré Logistics, Cathay Pacific, FLYdocs, HAECO Group, Ramco Systems, SITA, and Willis Lease Finance Corporation, supported by Clyde & Co
.
German airline Lufthansa is experimenting with blockchain for use in flight maintenance, creating the Blockchain for Aviation (BC4A) initiative to bring together software developers, aircraft manufacturers, MRO and logistics service providers, lessors and regulators in an attempt to use the technology to verify the source and certification of parts and job technicians.

PwC estimates that the use of blockchain could increase aerospace industry revenue by as much as 4% (or US$40 billion) while cutting global MRO costs by around 5% (US$3.5bn) through savings derived from secure document storage, improved data privacy, better insight into repair times and inventory, automated workflows and more efficient record reconciliation.

Elsewhere British Airways has tested VChain’s blockchain check-in service as a means to reduce queues. The system works by checking the validity and reputation of travel documents against a distributed database without the need to share passengers’ personal information with third parties.

Safety is another use case, with the Aeron blockchain project initially recording flight logs and aircraft maintenance data for operators and owners before extending the remit of its ARN token to a loyalty programme compatible with various different crypto currencies.

Loyalty programmes set to benefit
Loyalty point programmes, too, are set to benefit, as tokenisation circumvents limitations in how fast points can be collected and where they can be accepted as a form of currency across a broad marketplace of providers. The tokenisation of assets within blockchain can also prevent frequent flyer points, or compensation vouchers, from being double spent.

Blockchain is at the heart of a new loyalty platform and mobile application launched by Cathay Pacific in 2018. Jointly conceived and developed with the help of Accenture, the Asia Miles programme provides the loyalty scheme partners with a single data source for customer account management, which can be accessed and updated in near real time to credit members with points almost immediately.

Emirates Skywards (the loyalty programme of Emirates Airlines) completed a successful pilot of Loyyal’s proprietary blockchain platform in 2019, designed to deliver real-time visibility into partner transactions. Loyyal has since revealed that an airline alliance with more than 500 million passengers is another of its customers.

It’s not all plain sailing for the fledgling technology, though. Insurance company AXA terminated its blockchain experiment (dubbed ‘fizzy’) last year, citing lack of demand for its platform. This was a parametric insurance solution for delayed flights intended to automate the claims process with smart contracts built on open source Ethereum blockchain software.

Barriers to blockchain
Accenture points to multiple data challenges that blockchain could address, including verifying information accuracy and dealing with the risks of fake data, data manipulation and data bias thrown up by the increased use of automated systems. But it also notes factors that could prove detrimental to its development and deployment in the aviation industry as a whole.

“Aviation is definitely behind in terms of the number of blockchain use cases that have been put forward,” says Gottlieb. “Although if you think of the industry as a whole, that is not terribly different when it comes to the introduction of any new technology, particularly when we get to stuff like [aircraft] parts and engineering – lest we forget the amount of regulation that goes into making planes fly safely.”

“The barriers now are not so much technical limitations but rather figuring out new commercial and governance models to support this new paradigm,” he says. “Our [SITA’s] view is that we will see the first commercial deployments in the industry in the next few years.”

Some form of aviation industry standardisation around blockchain is, however, both necessary and inevitable, whether that comes from IATA or somewhere else.

“Things will go one of two ways,” says Gottlieb. “Either folks will get together and define standards how they want blockchain to work, or there will be players with enough centre of gravity in the industry to say, ‘I am doing it this way and everyone is welcome to join me’ – which means we will get a de facto standard anyway.”

Any widespread adoption of smart contracts would also involve the addition of multiple airlines and airports to provide a richer, more complete data set, and the identification of a feasible business model to fund its development. With over 50 industry partners (airlines, airports, ground handlers, manufacturers and more) expressing interest in SITA’s Aviation Blockchain sandbox project, achieving that ambition does not seem too far away.