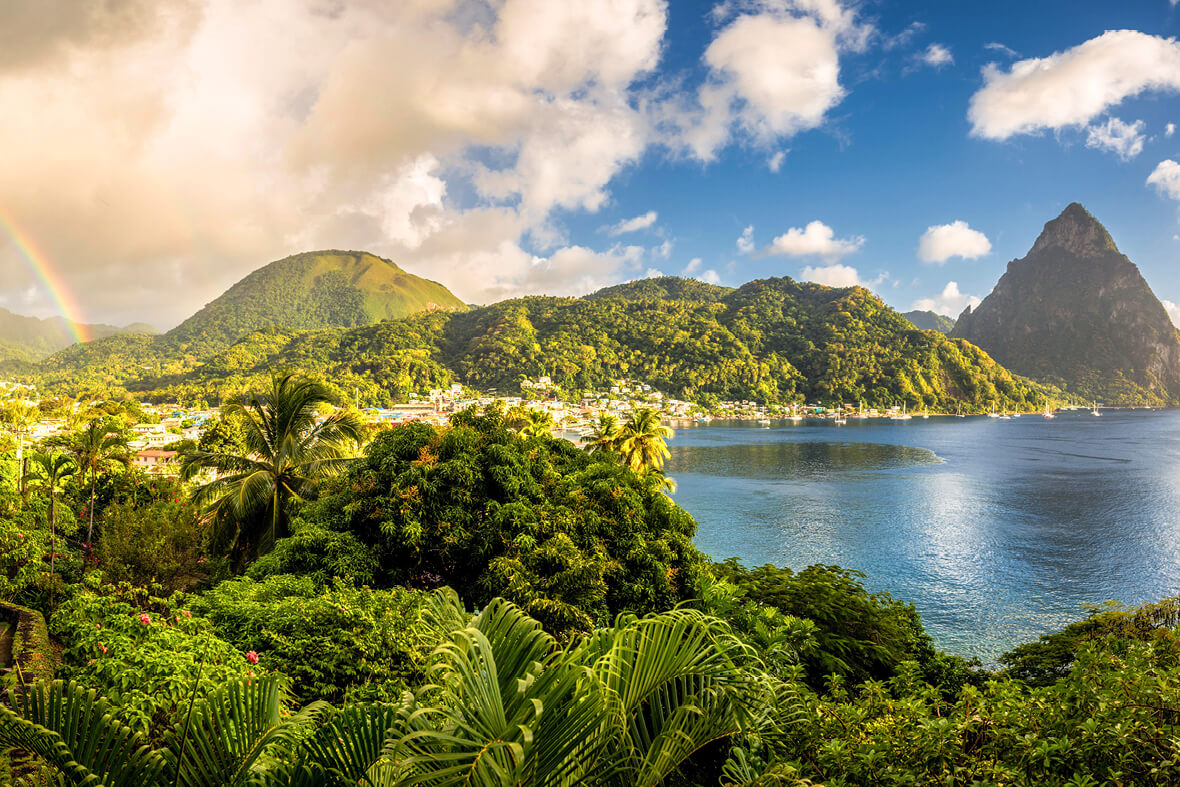 The Caribbean has been largely closed down as Covid-19 spread across the world. Now, as the region opens up to both domestic and international travellers an opportunity has emerged to resume services with far fewer boundaries

About 18 months after Covid-19 first hit the global headlines and shut down the world, it feels odd to think back to that time when the pandemic was first gathering pace.

And perhaps what is most astonishing is how quickly the event went from being a distant problem in China for most people to a serious threat to everyone, forcing governments into a series of tough responses as they sought to contain this global pandemic..
Indeed, interCaribbean Airways CEO Trevor Sandler puts it very well when discussing the issue on a Caribbean islands panel as part of the online CAPA Live event which was held in May.

“We’re a little over a year now since Covid-19 took over our lives and in the space of roughly one week, almost every country in the Caribbean was quickly closed down,” he says.

“It almost seems comical that we considered that everyone will close down for two weeks and this great virus was going to go away. Of course, we quickly learned that it’s not going away, anywhere or anytime soon.”

Sandler adds as the Caribbean went into lockdown so, like the rest of the world, each country adopted various measures and rules concerning international arrivals unique to their own situations.

While this wasn’t necessarily a huge problem at the peak of the pandemic, he adds it is now that the differences are becoming deeply problematic as the world reopens and airlines find themselves being forced to adapt to an entirely different, and ever-changing, landscape.

Sandler says: “Across the Caribbean we have seen a completely different mixture of requirements, from Covid-19 tests (required by the welcoming country) before you come in, tests when you arrive or a test so many days later.
“At one point there was even (a requirement for) a test for you to leave one of the countries we serve.”

And it is the cost of the testing, without even considering quarantine regulations, that Sandler argues has deeply impacted the Caribbean’s aviation market, adding: “It meant the bottom (of the market) basically fell out. So while we have countries that opened, we quickly rolled back into some form of semi-closure.”

This is a considerable problem for a region where air travel is critical for inter-island connections as well as bringing in tourists. CAPA’s own figures show that tourism accounts for $36 billion in GDP contribution and 1.6 million jobs.

Similarly, in 2019 CAPA data shows the Caribbean had as many as 540 city pairs across the world and while 423 were lost at the peak of the pandemic, there are now about 315 in place – less than 60 per cent of the pre-Covid-19 era.

Changing strategies
The impact on the region’s airlines was similarly stark Bahamasair CEO Tracy Cooper adds, especially since it was so unexpected in an industry that seemed set only for growth.

He says: “As with most airlines during 2020, Bahamasair had to take a serious look at its operations because before 2020 we were always concentrating on revenue concerns; we always thought we could outgrow and outpace – just simply put on more seats and everything will be fine.”

Instead, Cooper adds 2020 saw the airline refocus on costs and lose two aircraft, reducing its fleet to 10 aircraft.

Having weathered the storm he says the airline is beginning to see a return to growth, albeit off 2020’s heavily depressed figures, and he expects more thanks to the Bahamian government’s implementation of new rules and testing procedures for both international and domestic travellers.

Cooper says: “At the end of 2020 we were at about 30 per cent of our frequency rotations in relation to pre-Covid-19. Right now, going into summer we’re going to be around 65 per cent.
“We’re not going to be 100 per cent but the growth is encouraging. We’re in line with what the aviation industry is projecting.”

InterCaribbean’s Sandler is also predicting growth for 2021 as he focuses on restoring many of the airline’s 343 city pairs that were being operated before the pandemic struck.

However, both argue that in order to facilitate a proper recovery, the Caribbean needs to operate as one when it comes to dealing with Covid-19 in order to resume direct services between the different islands.

Sandler says: “It’s very much about enabling the Caribbean traveller to get around the Caribbean without having to come to Miami or go to Panama.

“Throughout this Covid-19 window of restoration we’ve seen enormous amounts of people who were literally connecting via five, six or seven airlines in order to get to a point in the Caribbean.”

Cooper adds: “Intra-Caribbean travel is becoming much more important than it was in the past and this is because we are finding synergies between ourselves in the Caribbean.”

Coordination failure
Caribbean Tourism Organisation chairman and Barbados minister for tourism and international transport senator Lisa Cummings agrees that the Caribbean suffers from a lack of coordination in fighting Covid-19.

While she admits this is then causing problems in a proper restart of the region’s aviation sector, she argues the Caribbean is no different to the rest of the world as each island deals independently with the threat.

Cummings adds: “I’m not necessarily saying that the Caribbean countries could not or should not have better coordination mechanisms, but we’re not dissimilar from any other region of the world, where each country has had to make an individual decision based on their own unique circumstances.”

She adds beyond dealing with the Covid-19 recovery and the reopening of borders to one another, there are a number of conversations that need to be held over taxation and state support for both airlines and airports to ensure a strong recovery across the Caribbean.

More importantly, she believes a solution is already available for easing up intra-island travel for international visitors coming to the region.

Cricket solution
Cummings says during the Caribbean’s hosting of the Cricket World Cup in 2007, legislation was introduced across the region for the hosting period allowing for simplified travel for international visitors throughout the Caribbean having entered via one country.

She adds the spirit of the past legislation is already being revisited as she has begun working with tourism ministers from across the Caribbean to allow cruise ships greater freedom of movement once they are in the Caribbean.

Cummings says: “Cruise ships function on visiting multiple destinations already by definition and so it made it easier for us to start there and then move ultimately into air travel. That absolutely has to be a critical part of our conversation in order to enable movement throughout the region.”

And it is this idea of working together that attracts the agreement of both interCaribbean’s Sandler and Bahamasair’s Cooper in regards to ensuring the Caribbean’s exit from the Covid-19 pandemic is not only unilateral but also profitable.

Sandler says: “We need to actually sit at the same table and discuss the views we’re speaking of today. What is it that we can do collectively to move any obstacles that get in our way of increasing connectivity and what are the obstacles to increasing airlift?”

Cooper agrees, adding: “You have to have a good relationship wherever you fly to make this work. Each country is unique in their approach as to what they consider to be normalcy.”

If the Caribbean’s countries are able to sit down and come to an agreement over future airlift between the islands that leaves everyone happy, that would indeed be a miracle that no-one sees coming.

But given at the beginning of 2020 no-one really saw the global pandemic that was just beginning to spread across the world, perhaps now is the time to implement serious change to help the tropical paradise build back better.