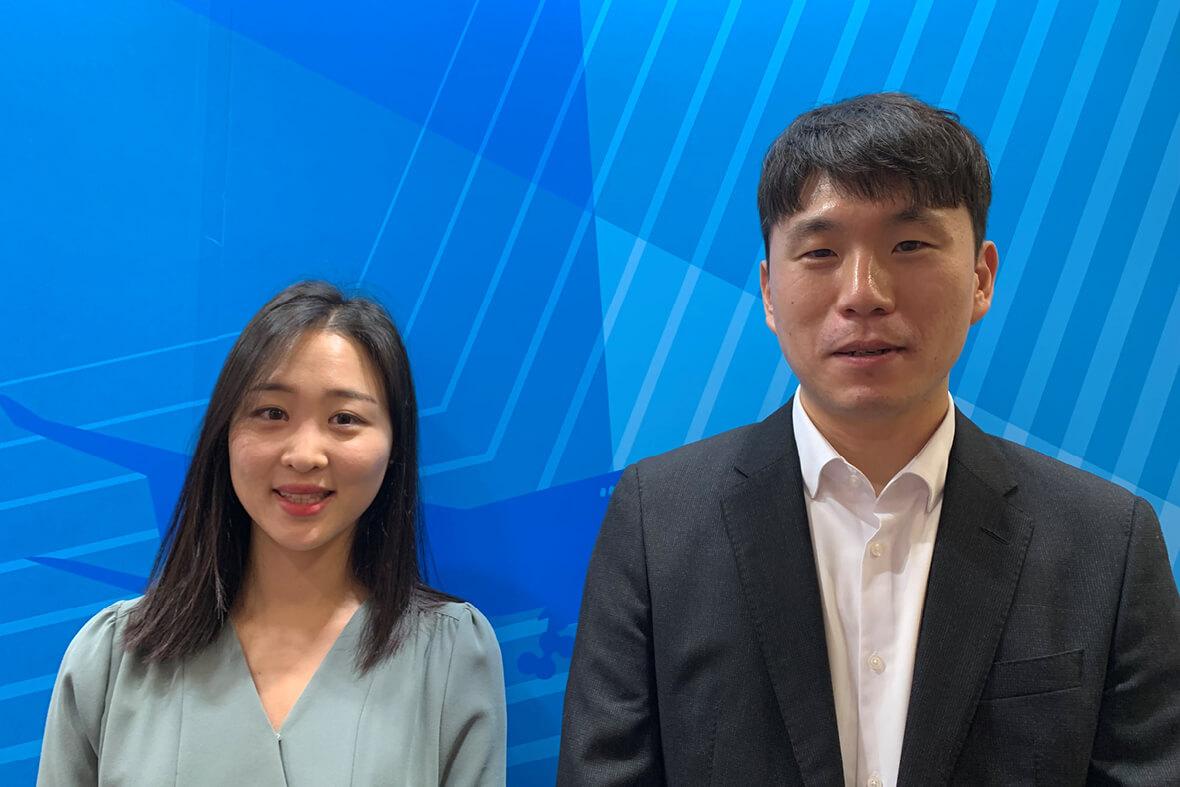 The Korea Airports Corporation (KAC) stand at World Routes Las Vegas certainly grabbed delegates’ attention. The guards from the popular Netflix survival adventure show Squid Game processed around the stand and invigilated the classic sugar cookie game where delegates enjoyed winning prizes – a far more enjoyable fate than that in store for players on the show itself!
KAC was showcasing its 14 airports, seven of which are international, at the event to develop new routes and promote South Korea’s many attractions. For example, its highly rated conference centres, and the biggest film festival in Asia. KAC’s largest airports are Seoul Gimpo, Busan, Jeju and Daegu. The country’s main international hub, Seoul Incheon International Airport, is operated by a separate state-owned corporation.
ARGS spoke to Lee-Sangheon, Manager of Terminal Operations and Planning Development, and Hajin Ahn, Assistant Manager of the Route Development and Passenger Promotion Department at KAC. Before the pandemic, the network development team was focused on attracting long-haul services, for example to US destinations such as Los Angeles and to locations throughout Europe.
However, the pandemic has inevitably changed its outlook. “Now we pay attention to all destinations and are looking to reinstate as many routes as possible – of course, prioritising reopening international flights,” said Ahn. Using a comprehensive incentive programme, the hope is to restore international traffic levels to 80% of the 2019 mark by summer 2023.