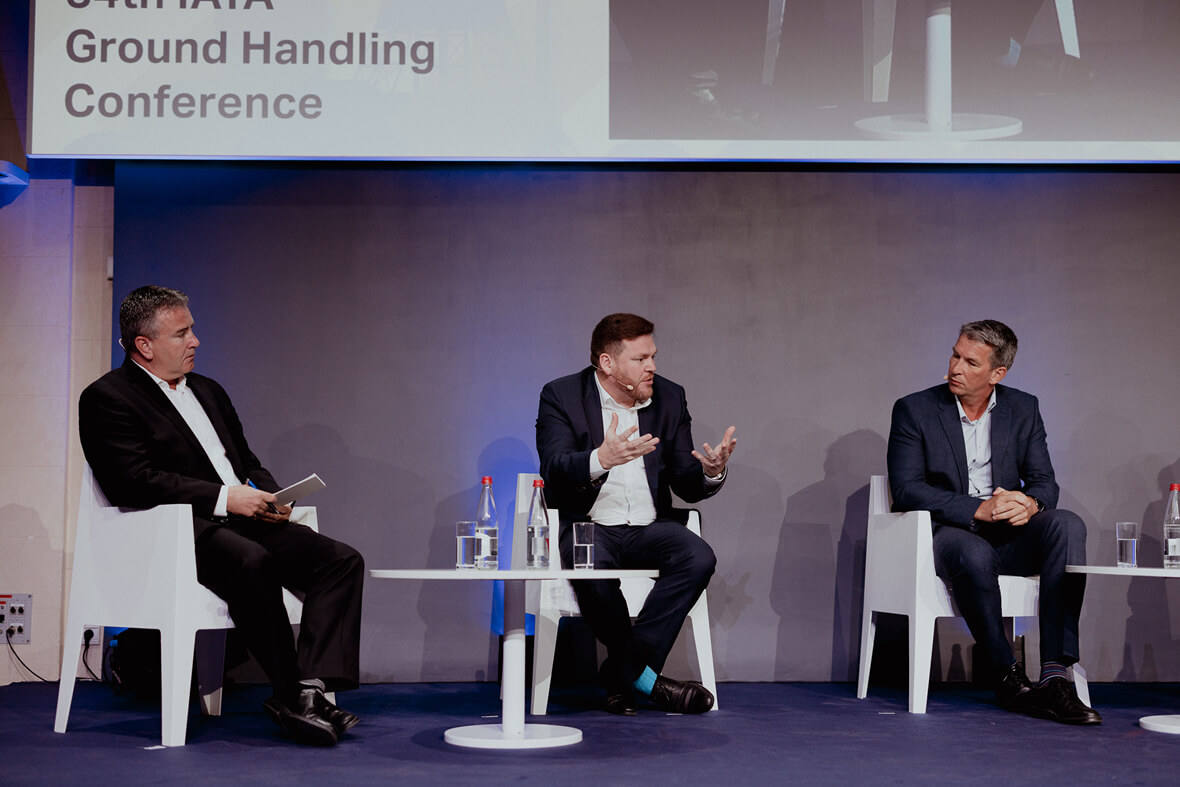 The ground handling industry met in Paris in June to contemplate a resurgent travel market, but one faced with immediate operational problems in 2022 and a hatful of strategic challenges on the horizon. ARGS editor Mark Pilling and reporter Olivia Pilling were at the event

The first word on this year’s IATA Ground Handling Conference (IGHC) tagline was ‘people’. It would not have raised many eyebrows if the tagline were preceded by ‘lack of’ as that was the real point: acute people shortages across the aviation services industry are causing major operational strife in many regions.
Opening the Paris IGHC, Monika Meistrikova, IATA’s director ground operations, told the audience that states must make bold decisions to remove travel restrictions as the Covid threat wanes. “This summer season passengers are ready to travel, and we cannot disappoint them,” she said.
The full IGHC title was ‘People, Purpose & Passion – building a sustainable future for ground operations’. The chief executives on the kick-off panel that set the scene for the IGHC listed staff shortages, contracts, seasonality, global handling standards and automation as issues that need addressing.
The most pressing matter is getting to grips with the staff shortages occurring in some regions. Countries such as the USA, UK, various European states and Australia are facing significant challenges as many people laid off or furloughed during the pandemic chose other jobs or migrant workers went home, said Steve Allen, executive vice-president of dnata, the service arm of the Emirates Group. But the picture is not universal. “I feel I have a mountain to climb [in recruitment] in those locations, but in Brazil I could hire 500 people tomorrow,” said Allen.
At Aviapartner, the decision was taken – with one eye on recovery – not to undertake a downsizing programme, said Richard Prince, chief executive. This move has been especially critical to the firm’s resumption of services in France and Spain, he noted.
Swissport chief executive Warwick Brady said the global giant is on a huge recruitment drive this year with a plan to add 17,000 people by year-end, taking its staff roster to 65,000 in total. His aim is for Swissport to be “the Amazon of recruitment and the Apple of engagement”.
But while all acknowledge the need “to add the magic dust back into our industry” in terms of making it attractive once again, IATA director Willie Walsh injected a practical note into the discussion. “These are temporary problems, and we can overcome them. They are faced every year as we come into the peak season… It is a much nicer challenge than when we were ramping down,” he said.
Across many sessions at the IGHC it was clear there is no easy answer to the recruitment and retention question, but all CEO panellists were convinced that greater standardisation in handling, whether it is for training, equipment, or technology, will make recruitment and on-boarding faster and cheaper. Prince gave the example that Aviapartner still has 60 to 70 airlines coming to audit its operations annually despite the existence of IATA’s Safety Audit for Ground Operations (ISAGO) programme. “The platform is there but no-one takes it,” he said.
There is also the question of global ground handling regulations. This is being discussed at ICAO (International Civil Aviation Organization) level with input from all the airline, handling and airport associations. Such regulations are seen as a vital tool in making the ground services market a level playing field. Swissport’s Brady advocated a light regulatory structure based on the IATA framework.

Time for change
It is common for leaders to seek opportunity in a time of crisis, a message strongly backed by Prince at Aviapartner. “The reality is that going back to what we did before won’t work,” he said.
Even back in mid-2019, when his team was looking at the evolution of its organisation and the long-term sustainability of the business and the industry, it considered how to remain relevant while essentially selling a transactional service. “We see airports and ground support equipment manufacturers pooling [equipment] and wanting to provide automated technologies,” he said. This could lead to traditional handlers losing 30% of their revenue if they do not react.
Aviapartner is looking at how to be part of the future industry solution and how its business model should evolve. On a small scale the handler is making progress, for example in Rotterdam Airport where it owns and operates eight self-service check-in desks. “We developed the automated bag drop solution with Rotterdam, and also at Lille and La Rochelle,” said Prince. “We said let us invest in the technology and in turn we become relevant to the environment and not just an individual airline.”
However, while airport automation is on the cards, Prince does not see it coming to the ramp anytime soon. “If it is not in the streets, it’s not in the airport,” he said, meaning that there are no autonomous cars today so there is no prospect of autonomous airport vehicles just yet.
Finding a partnership approach with airports is important because “they own the environment”. In addition, having seen all the delays this summer, he expects more airports to invest in automated check-in desks to avoid future problems.
Similarly, Prince is seeking a move away from a purely procurement-based approach in airline contracting because “it creates no value and no room to invest”, he told ARGS. “We flipped that and said [to airlines] we will partner with you and build into that [relationship] the ability and flexibility to adapt as you change.” The service could start in one country and grow to others as the airline expands its network.
Aviapartner started such a partnership with one major airline group in 2019. The intention is to get away from the traditional one- to three-year services contract term, which does not encourage investment, and look beyond that cycle, to contracts lasting seven to twelve years, explained Prince. “There is a shift we are seeing today,” he added.
The services industry has seen a huge increase in competitors in some airports as new entrants came in seeking to build market share. Demand has risen, prices have dropped, but so has quality. Some airlines have said enough is enough and in the past five to seven years have been willing to pay a little more for guarantees on service and safety, explained Allen of dnata. The company’s approach is to be a “solutions provider not a services provider”, he added.
“It is a false economy to let margins get so tight that quality isn’t there,” said Allen. Two of the answers are to introduce regulation so that standards are kept at a certain level and for airlines to turn to the larger handlers that can take the ‘solutions’ approach, he said. Some of the airline majors are embracing this move, whereas low-cost players focus on “absolute simplicity” with single aircraft types, no cargo and no premium passengers.

Consolidation
The past couple of years have naturally seen intense activity among handlers with several acquisitions, mergers and failures. The most significant is the purchase of Menzies Aviation by National Aviation Services parent Agility.
The major players are all tracking expansion opportunities with outsourcing and acquisitions in the mix. “We look at opportunities that are complementary to our geographies,” said Brady of Swissport.
“There will be more consolidation at all levels,” agreed Allen of dnata.
Aviapartner too is talking to several partners and reviewing several opportunities, said Prince. “Regulation could drive consolidation if this leads to increased costs for smaller players,” he observed.
No doubt the 2023 IGHC, to be held in Abu Dhabi, will see some of the same challenges and plenty of fresh ones. The emphasis on people will surely remain at the top of the agenda as the handling industry seeks to bring in younger talent with the same – or greater – passion for a business that is essential to the smooth running of air transport.