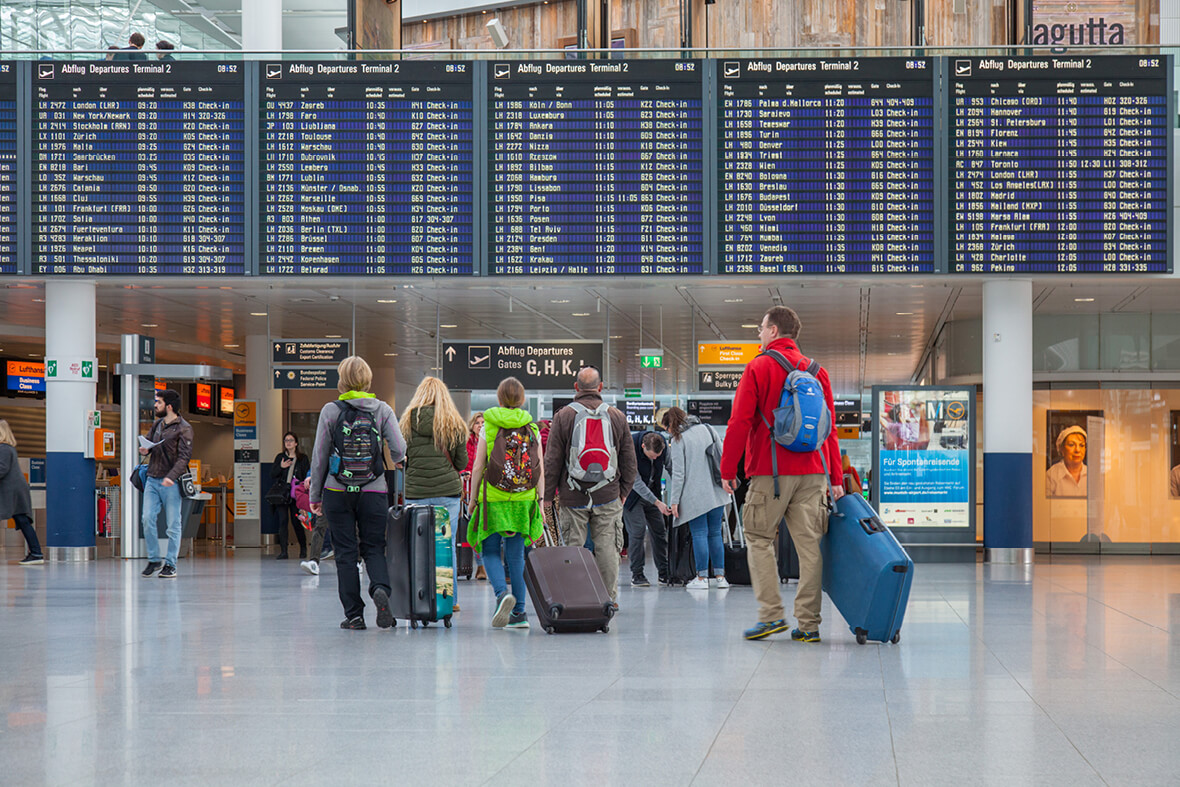 According to this in-depth analysis from Ascend by Cirium, long-term demand will bounce back as the airline industry recovers from crisis, say Chris Seymour, head of market analysis, and Richard Evans, senior consultant

Last year, the aviation industry began to repair the destruction wreaked by the Covid-19 pandemic. It still has some way to go, as airline traffic and aircraft production volumes remain significantly below pre-pandemic levels. But the long-term outlook remains positive, with 44,600 new passenger and freighter aircraft deliveries predicted in Cirium’s latest 20-year forecast, published late last year.
The pandemic created an unprecedented crisis for the airline industry, causing an almost two-thirds reduction in global traffic and record industry losses after 10 consecutive years of net profits. As airlines parked aircraft in their thousands during early 2020 in response to the collapse in passenger demand, the original equipment manufacturers had to rapidly cut production. Although 2021 saw some recovery, the pace has been uneven across the regions amid the continuously changing travel restrictions across the world.
Domestic and short-haul markets have led the recovery, with long-haul international lagging due to those markets that remain restricted – particularly in Asia-Pacific. In terms of the in-service fleet, there have generally been more aircraft returning to service than predicted, which implies lower aircraft productivity (load factor and daily utilisation) than expected.
Ascend by Cirium constantly assesses the metrics around the restoration of global airline markets, adopting a scenario approach to our recovery forecast through to 2024 and this forms a cornerstone of our 20-year outlook. Our latest recovery scenario was established in Q3 2021, having been informed by the highly successful vaccine programmes globally and the influence these have had on the opening of travel markets – notwithstanding setbacks as new virus variants emerge.
Our current recovery scenario envisages global traffic levels reaching 2019 levels by mid-2023. China, Russia/CIS and Latin America will recover earlier, with Africa and the Middle East not bouncing back until 2024. Recovery of domestic markets is forecast to occur earlier (in 2021-2022) than for long-haul markets (in 2022-2024). The timing of when China’s international markets will be restored is the big unknown, as there remains little sign of China changing its Covid-19 elimination strategy.
The supply of new and used aircraft will continue to exceed demand in the short term. There are also likely to be more airline failures. In 2020, deliveries to airlines fell by 43% over 2019. While there was some recovery in 2021, shipments were still down almost a quarter over 2019. However, the reduction was not entirely down to the pandemic: during 2021, deliveries were impacted by a lengthy hiatus in 787 deliveries due to quality issues and slower-than-expected shipments of the 737 Max.

Recovery record
The aviation industry has a good record of recovering from downturns and external shocks – albeit none have come close to the effects of the Covid-19 pandemic. Transportation of people and goods by air is a key element of economic development. Beyond 2024, we therefore expect a return to more traditional growth paths, but perhaps starting from the structurally different industry we may find at the end of 2024.
In total, Cirium forecasts that 43,550 new passenger aircraft will be delivered through to 2040, worth an estimated US$2.8 trillion. Deliveries of around another 1,000 new freighters will take total shipments to some 44,600 aircraft. Airbus and Boeing are expected between them to account for around four-fifths of all new aircraft deliveries through 2040. In the passenger market, single-aisle jets will make up 70% of deliveries. Across all size categories, over the duration of the 20-year forecast, just under half of all passenger aircraft deliveries will be to replace existing types.
In terms of new aircraft development, our forecast encompasses several programmes expected to be introduced during the 2030s. These include a new large single-aisle family from Boeing sized close to the 757, but with increased range. From this platform, Boeing is expected to develop a replacement for the 737 Max by around 2035. Airbus will likely respond with upgrades of the A321neo as well as a stretched 150-seat version of the A220, before developing an A320neo family replacement in the mid-2030s.
Cirium forecasts that passenger capacity (available seat-km, ASK) will grow at 3.6% per year compared with the pre-pandemic level in 2019, but we believe the industry has essentially lost about four years of capacity growth. This means that the level of ASKs in 2040 will only be at the level previously predicted for 2037 in our last pre-Covid fleet forecast published in 2019. Passenger traffic (revenue passenger-km, RPK) is forecast to rise slightly ahead of ASKs, at 3.7% annually.
From the perspective of world regions, over the next 20 years Asia will be the engine for growth with China forecast to see the highest rates in passenger traffic increases, at over 6%. This will make it the largest single country for airliner deliveries with a 20% share, ahead of all its Asia-Pacific neighbours (which will have a combined 22% share). North American airlines follow with 20%, and Europe with 17%. The Middle East will take a 7% share, rising to 11% in value terms by virtue of the large number of higher-priced twin-aisles delivered there.
The air cargo sector has been the major beneficiary in the pandemic, due to a combination of factors. These include the huge capacity cuts by passenger airlines through their network cutbacks, which considerably reduced belly freight volumes, and changes to consumer behaviour which have driven strong growth in online sales.
Cirium expects freight capacity (available tonne-km, ATK) will increase at 3.5% and traffic (freight tonne-km, FTK) at 3.7% annually, relative to 2019. Over 3,500 freighter aircraft will enter the market through to 2040, around a third of which (1,050 aircraft) will be delivered new; the balance be made up of 2,510 conversions from passenger aircraft. The number of freighter aircraft in our latest forecast has been increased by around 5%, mainly due to the short-term boom in conversions driven by the growth in e-commerce during the Covid-19 lockdowns.

Fleet growth
Covid-imposed cutbacks resulted in the stored passenger jet fleet mushrooming to over 60% in April 2020, but this has progressively been decreasing, reaching around 15% by the beginning of 2022. However, the number of in-service aircraft is not expected to return to 2019 levels until the end of 2023; thus four years of ‘normal‘ fleet growth will have effectively been lost. In the long term, the forecast traffic growth will require the global passenger fleet to increase by almost 22,000 units, which equates to a 3.2% annual growth rate. This will take the fleet to some 47,200 aircraft at the end of 2040.
About 80% of the passenger fleet is forecast to be retired from passenger service over the next 20 years. The proportion of freighter retirements will be slightly lower, at 76%, as they have longer useful economic lives.
Overall, some 19,000 aircraft will be retired from the passenger fleet. The Covid-19 crisis has already led to the early phasing out of some relatively young aircraft, while many older aircraft may languish in storage until eventual scrapping. Average economic life is forecast at 22 years for single-aisles and 20 years for twin-aisles.
Over the next 20 years, the Chinese passenger fleet will have the highest annual growth rate – almost 5% – increasing its overall share from 15% to 20%. Asia-Pacific will lead with a 23% share, while the more mature North American and European markets follow, at 21% and 17% respectively.
The fleet of freighters will rise by 2.6% annually to reach over 4,000 aircraft over the two decades. Although the current conversion boom driven by factors linked to Covid-19 may not persist, it is enabling the replacement of older, less efficient aircraft as well as catering for e-commerce growth. North America, home of the largest integrators and e-commerce providers, will maintain its leading share of the cargo fleet.

Environmental challenge
In parallel with the industry’s path to recovery and return to growth from 2024, airline and aerospace companies will be attempting to make good their commitments to address environmental issues. Many airlines announced targets to reduce CO2 emissions last year, with most also declaring their commitment to Net Zero, either by 2050 or earlier.
Last year’s increasing activity around the environment culminated in IATA committing its members to Net Zero by 2050 at its AGM in October 2021. This was a major leap over and above ICAO’s current targets, which are consistent with the Paris Accord target of 50% reduction of CO2 by 2050, relative to 2005.
It might be argued that 2050 is a long way off, and the roadmaps to achieve Net Zero rely largely on unproven technology. Nevertheless, airlines are making commitments to modest reductions in CO2 over the next 5-10 years.
The cornerstone of many airlines’ commitments to Net Zero is to progressively increase the use of sustainable aviation fuel (SAF). But some Net Zero plans outlined by airlines highlight the nuances between gross and net emissions, different measures, and between absolute and specific measures of CO2. If an airline doubles in size and reduces CO2/RPK by 20%, it still emits 60% more. Net emissions can be reduced through offsetting, but this is controversial, and probably a near-term solution only. Most airlines are benchmarking emissions to 2019 levels, which can be readily assessed with Cirium’s new Global Aircraft Emission Monitor.
The European Union announced its ‘Fit for 55‘ (European Green Deal) plan in 2021, aiming to reduce greenhouse-gas emissions to 55% below 1995 levels by 2030. As part of this, free allocation of allowances to airlines under the EU Emissions Trading System (ETS) will be phased out between 2024 and 2027, with these allowances being added to those auctioned instead. This implies airlines will have to buy 100% of their EU ETS allowances on the open market by 2027, even as the cost of allowances continues to reach record levels today.
There were many announcements last year in the field of green propulsion and aircraft technology, following on from the Airbus ZEROe launch in 2020. Plans include electric and hybrid-electric powered designs, hydrogen- and hydrogen-electric powered regional aircraft programmes and the proposed re-engining of an in-service regional jet type. Another important step is the plan by all major engine and aircraft makers to certify current production types to run on 100% SAF by 2030, up from today’s maximum of a 50:50 blend of SAF and kerosene.
For all airlines, and particularly those in Europe, cost pressures are going to increase. New propulsion technologies, hydrogen, SAF production ramp-up, and ETS allowances will all need huge investment. The cost of abating CO2 by moving to alternative fuel sources or propulsion technologies is currently far above the total cost of burning kerosene, or the cost of carbon offsets. This cost gap will narrow, both in terms of new technology becoming cheaper, but also as costs for emitting CO2 increase. Whichever way you look at it, the era of cheap air travel is under increasing threat.