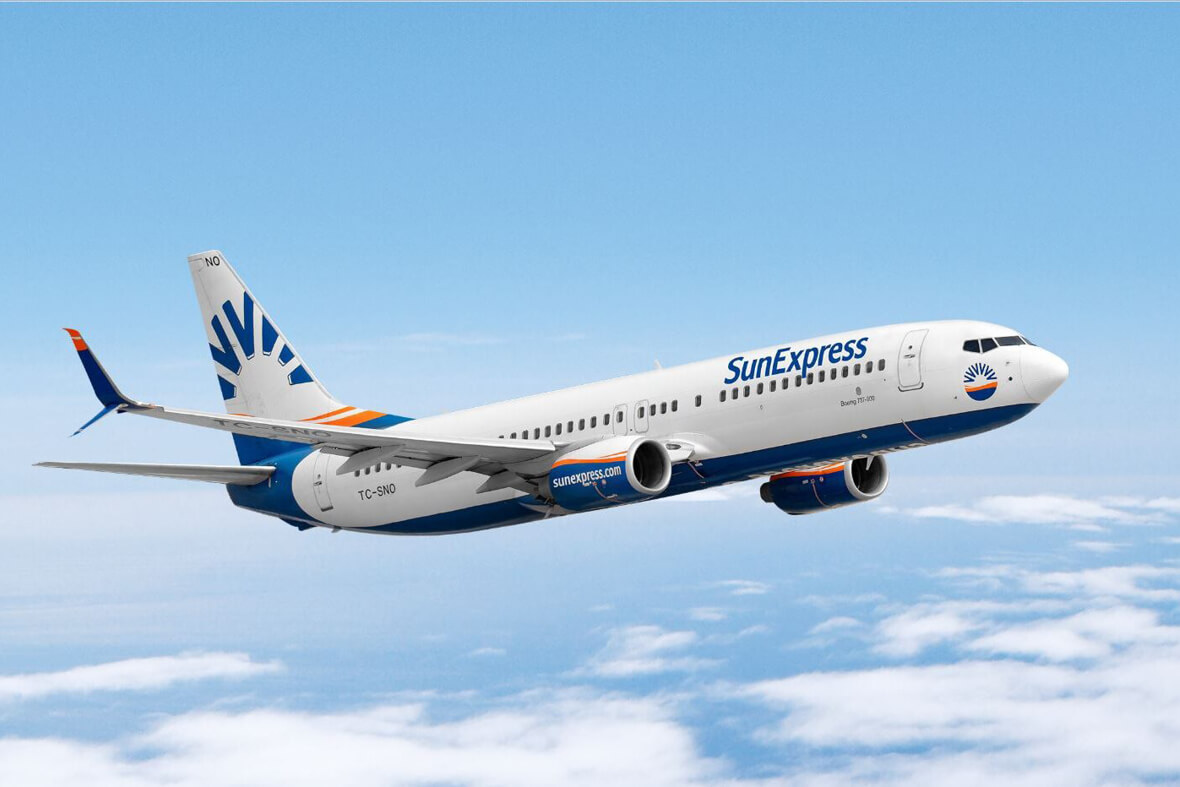 In addition to expanding its route network connecting European destinations to Turkey, SunExpress is launching an interesting airline partnership model, with Air Cairo being the first to test the waters.
The model is more than simply a codeshare or interline arrangement, with SunExpress taking over the entire commercial management of a portion of Air Cairo’s route network and aircraft. “It is a completely different partnership model,” said Wilken Bellmann, head of network planning and scheduling at SunExpress, which is a joint venture carrier between Lufthansa and Turkish Airlines focused on touristic and VFR markets from and to Turkey.
The project on this new partnership model has grown in the SunExpress commercial team and is led by Bellmann, who started working on the concept just prior to the pandemic, he told ARGS at Routes in Milan. SunExpress approached Egyptian low-cost carrier Air Cairo about the idea, which gives SunExpress a market that it can sell in addition to Turkey, said Bellmann. Moreover, Egypt is a year-round market whereas Turkey is much more seasonal.
SunExpress is enthusiastic about airline partnerships as it seeks to grow with incremental demand and is looking for more, said Bellmann. Its codeshare with Lufthansa, which was started three years ago, now extends to 11 routes while it also has an interlining deal with Air Canada and United Airlines to diversify its passenger mix.
This summer, as some European travellers found beach destinations open once again, has seen SunExpress operating its entire 39-aircraft strong Boeing 737 fleet to 70 destinations and in some markets, demand has surpassed 2019 levels, said Bellmann.

More destinations
In terms of growth, SunExpress has announced two additional routes in the UK. Birmingham and Edinburgh will be served multiple times per week from Antalya, adding to services from London Gatwick and Manchester, with further expansion in the UK and Ireland highly likely in the next years, said Bellmann. More destinations in Central and Eastern Europe are also on the SunExpress radar where there is a strong market for sun and beach holidays. “We start with major cities and then expand to smaller airports and catchments,” he added.
The carrier’s established and mature markets in Western Europe and Scandinavia also have room for further growth through capturing additional market share, noted Bellmann. There is a strong combination of touristic and VFR demand in these regions.
Founded as a joint venture in 1989, SunExpress has grown steadily. It is headquartered in Antalya, known as the touristic capital of Turkey, and has become the largest carrier based on international seats at its other key hub Izmir on the Aegean coast. It will add 19 new Boeing 737 Max aircraft over the coming three years and has the flexibility to expand its fleet size even further if the market opportunities are there.
Bellmann stressed that SunExpress is an airline that is looking for “mid-to long-term partnerships and success rather than just quick wins.”