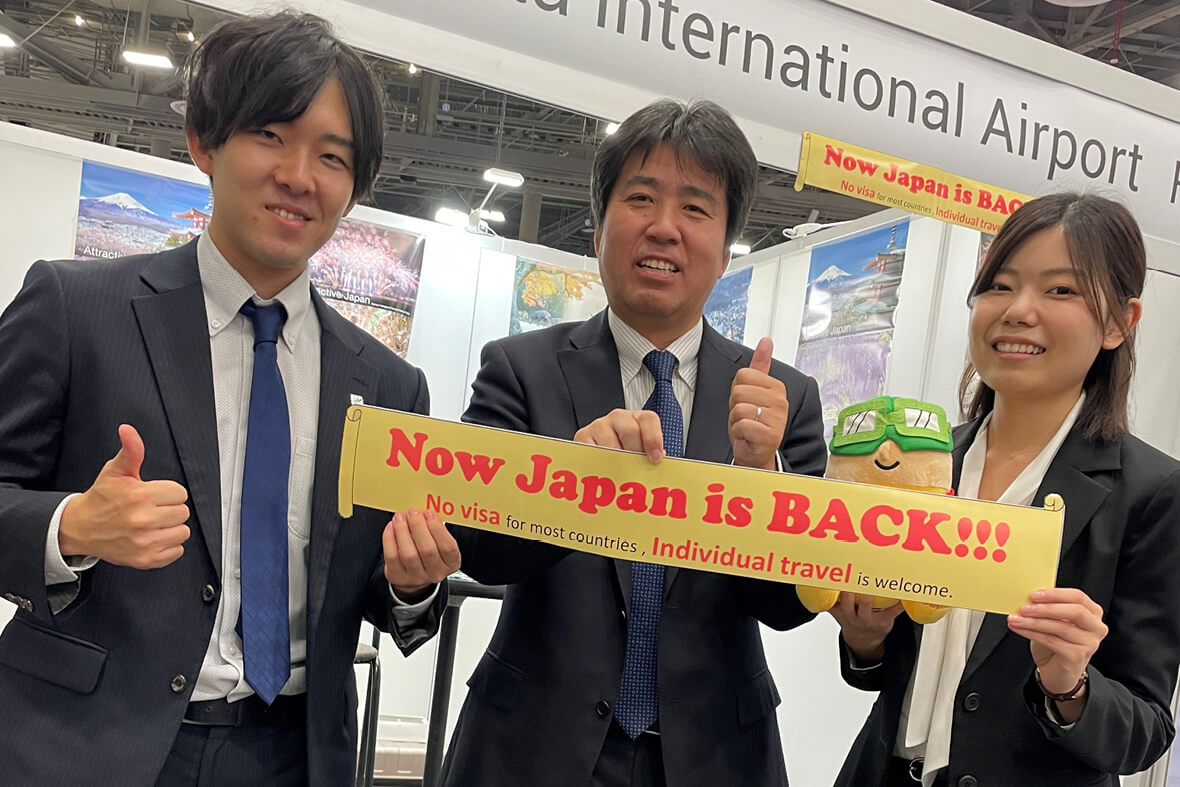 Just five days before Routes World opened its doors, Japan finally relaxed its strict travel rules, allowing travellers to easily enter the country for the first time since the start of the pandemic.
For Narita International Airport’s marketing team this was a huge bonus. The Tokyo hub has been devastated in traffic terms by Covid. After handling a record 44 million passengers in 2019 it saw numbers fall to just 5 million last year.
Recovery will be a gradual process, with 16 million passengers forecast for this year in total, while it will take until 2025 for full recovery, explained Nakada Yuichi, General Manager Aviation Sales and Marketing department at Narita. The slow return is influenced by the continued closure of the Chinese market, as traffic between Japan and China represents about a quarter of the airport’s traffic base and 24 of its destinations, he noted.
However, traffic is returning, and airlines are restoring Narita to their networks. By the time of Routes, the gateway was back to 82 destinations. (In 2019 it was linked to 141 destinations, including domestic connections.)
There are new arrivals at Narita as well, said Nakada. Chinese carrier Shandong Airlines began flights to Jinan in August and Japanese carrier ZipAir will offer five-times-weekly flights to San Jose in the USA with a Boeing 787 from December.