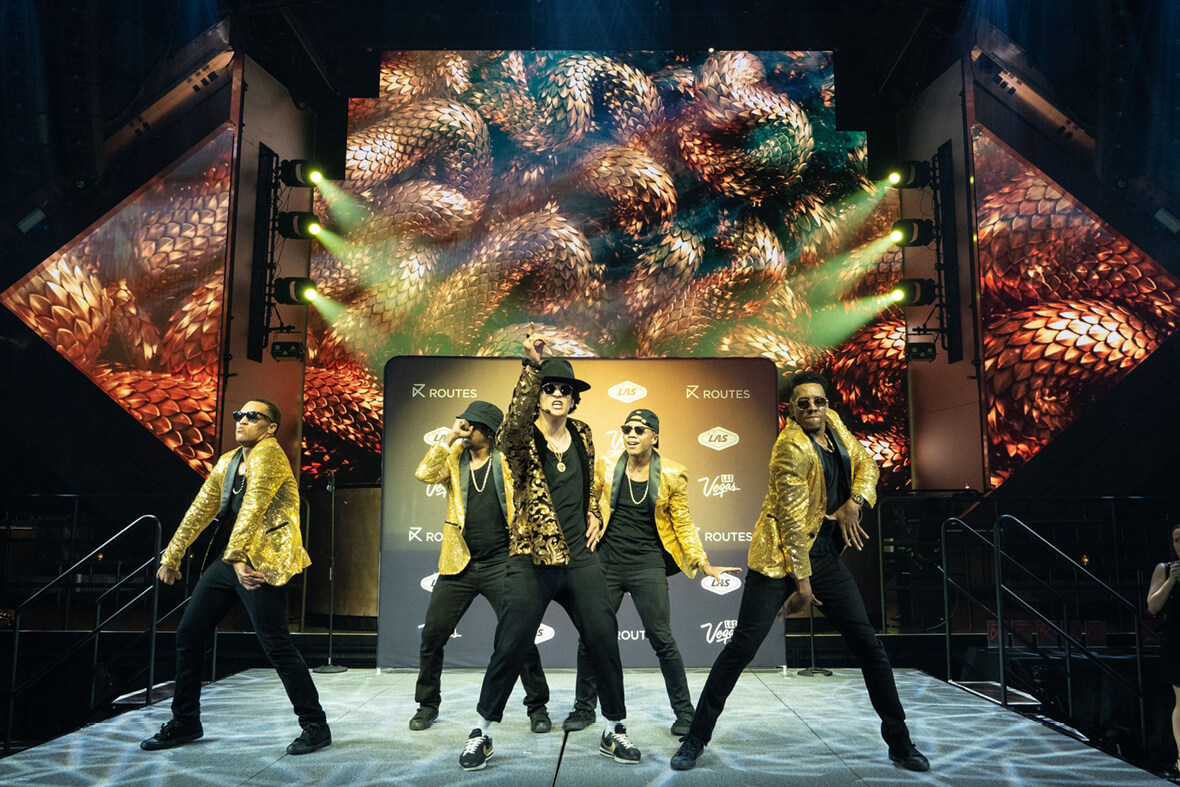 Routes World was back with a bang in Las Vegas, as delegates attended the industry’s premier network planning event. Mark Pilling and Olivia Pilling report

There really is only one headline for this huge ARGS review of the 27th Routes World 2022 in Las Vegas, and we make no apologies for it. The forum was organised with the customary efficiency of organiser Routes and was given the sparkle and pizzazz delegates would expect from Nevada’s ‘sin city’.
According to Routes, the event attracted 2,300 delegates; 190 airlines and 108 countries were represented. As at the World Routes event in Milan the previous year, delegates from China were absent – and this year delegates from Russia were too, depressing numbers to an extent.
However, as Routes Head Steven Small said in his remarks at the opening ceremony: “Our community has epitomised resilience.”
Small added: “The significance of this year’s event cannot be underestimated. Over the course of the event, more than 10,000 meetings took place between decision makers from the world’s airlines, airports and destinations. These are conversations that will have a real impact on global air connectivity.
“Las Vegas is the first US destination to host Routes World twice,” said Small. “Having experienced a surge in international air service after hosting Routes World 2013, we were incredibly excited to be working with the Las Vegas Convention and Visitors Authority (LVCVA) and Harry Reid International Airport again.
The city was pleased to highlight its swift recovery from the pandemic, which certainly showed in the bustling Strip along Las Vegas Boulevard and on Fremont Street in the older part of downtown Vegas. “Las Vegas has recovered exceptionally quickly and strongly – we are past the pandemic,” declared Steve Hill, Chief Executive of LVCVA.

Routes Awards
At the gala event, held at the Zouk club in the enormous Resorts World complex, the Routes Awards returned. The list of winners (with the airport size categories for the awards based on 2021 passenger data) is:

On the final day of the event the handover ceremony from Las Vegas to next year’s host took place. The 28th Routes World Forum will be hosted by iGA Istanbul Airport in the city of Istanbul, from 15-17 October 2023 – the 100th anniversary year of the foundation of the Republic of Turkey.
In addition to the global Routes forum, the regional versions of the event will see Routes Asia taking place in Chiang Mai, Thailand from 14-16 February; Routes Americas in Chicago from 21-23 March; and Routes Europe in Lodz, Poland from 9-11 May. ARGS team members will be at these events in 2023 and we look forward to catching up with you there.