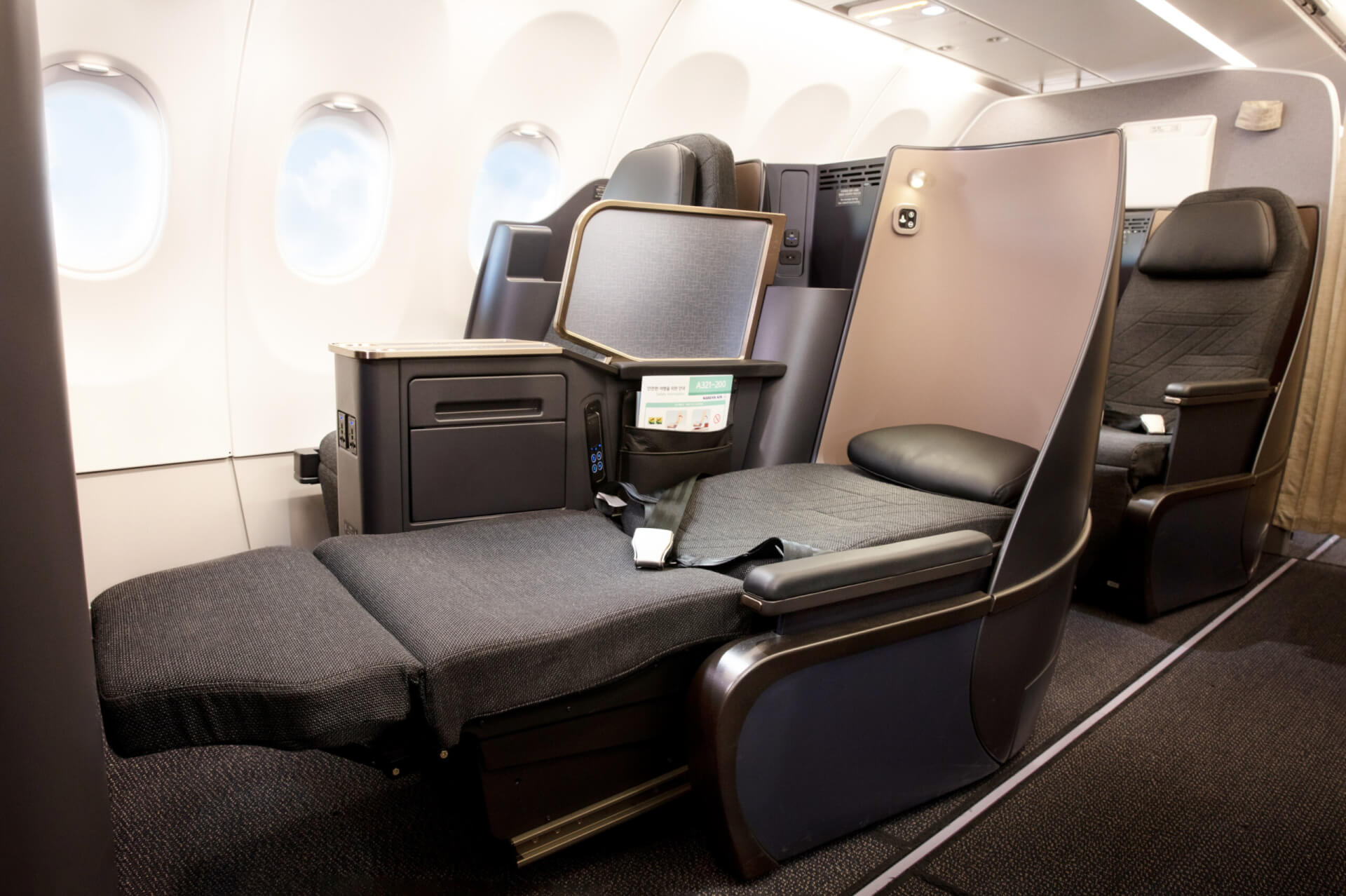 Korean Air recently received its first Airbus 321neo, which it will deploy starting from December.

The airline’s A321neo is equipped with fully lie-flat seats in business class, making it the first Korean airline to offer this feature on a narrowbody aircraft.

The airline’s first A320 Family aircraft is a single-aisle narrowbody with a total of 182 seats, and will mostly operate on short-haul routes, including Southeast Asia, China and Japan.

“We are delighted to receive our first A321neo, which will be a great asset to our fleet, network and passengers,” said Soo Keun Lee, Executive Vice President and Chief Safety & Operation Officer of Korean Air.

“This fuel-efficient, next-generation A321neo will bring our customers’ experience to a new level with the award-winning Airspace cabin and fully lie-flat business class seats.”

“By adding the A321neo to its fleet, Korean Air will benefit from enhanced operational efficiency and the highest levels of in-flight comfort,” said Christian Scherer, Airbus Chief Commercial Officer and Head of Airbus International.

“With the A321neo’s per-seat fuel improvements of at least 25% compared with Korean Air’s previous generation same-sized fleet, the airline will reduce its operating costs significantly, as well as emissions at the same time.”

Korean Air will offer a total of 182 seats, eight in Prestige class and 174 in economy class on its new model.

For the first time, 180-degree flat-bed seats will be available in the Prestige class of the airline’s narrowbody fleet.

The A321neo’s fully lie-flat business seats will provide seamless comfort to transfer passengers, who have combined itineraries of long-haul flights on the Americas and Europe routes, and short-haul flights on Southeast Asia, China and Japan routes.

The business class seats are equipped with a 44-cm personal monitor for audio/video on demand services along with a wireless smartphone charger.

In the economy class, customers can enjoy inflight entertainment on a 33-cm personal monitor, which is the largest in the airline’s narrowbody fleet. An adjustable headrest and individual coat hook are also installed for each seat. 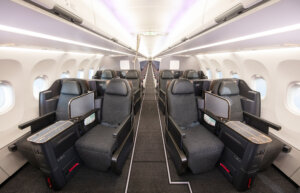 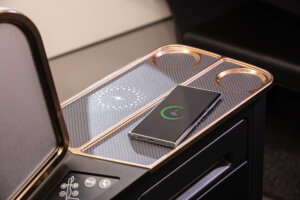 The new A321neo welcomes passengers with its business seats, which use patterns inspired by patchwork. The fabric blend of dark gray and gold adds to the luxurious cabin atmosphere. For economy class seat fabric, a woven pattern with bold colors creates a unique look and feel.

Also, Korean Air is the first Asian airline to feature Airbus’ Airspace cabin on an A321neo.

The airline’s Airspace elevates passenger comfort, cabin ambience and inflight services to the next level.

Its unique and customizable lighting system sets the right ambience throughout all phases of flight, such as when welcoming passengers aboard, serving inflight meals and cruising.

In addition, the window shades provide a wider view, and the toilet is equipped with bright  lighting and antibacterial coating, highlighting the airline’s commitment to the highest levels of cleanliness and virus protection.

The overhead bins, which are 40 percent larger than other A321neos, provide passengers with more space to store carry-on baggage.

◆ Inflight internet from the first half of 2023

Inflight internet will be available for purchase on the A321neo from the first half of next year.

Starting from the A321neo, the airline will expand internet services to newly-introduced aircraft.  Introducing the A321neo is part of the airline’s fleet modernization plans.