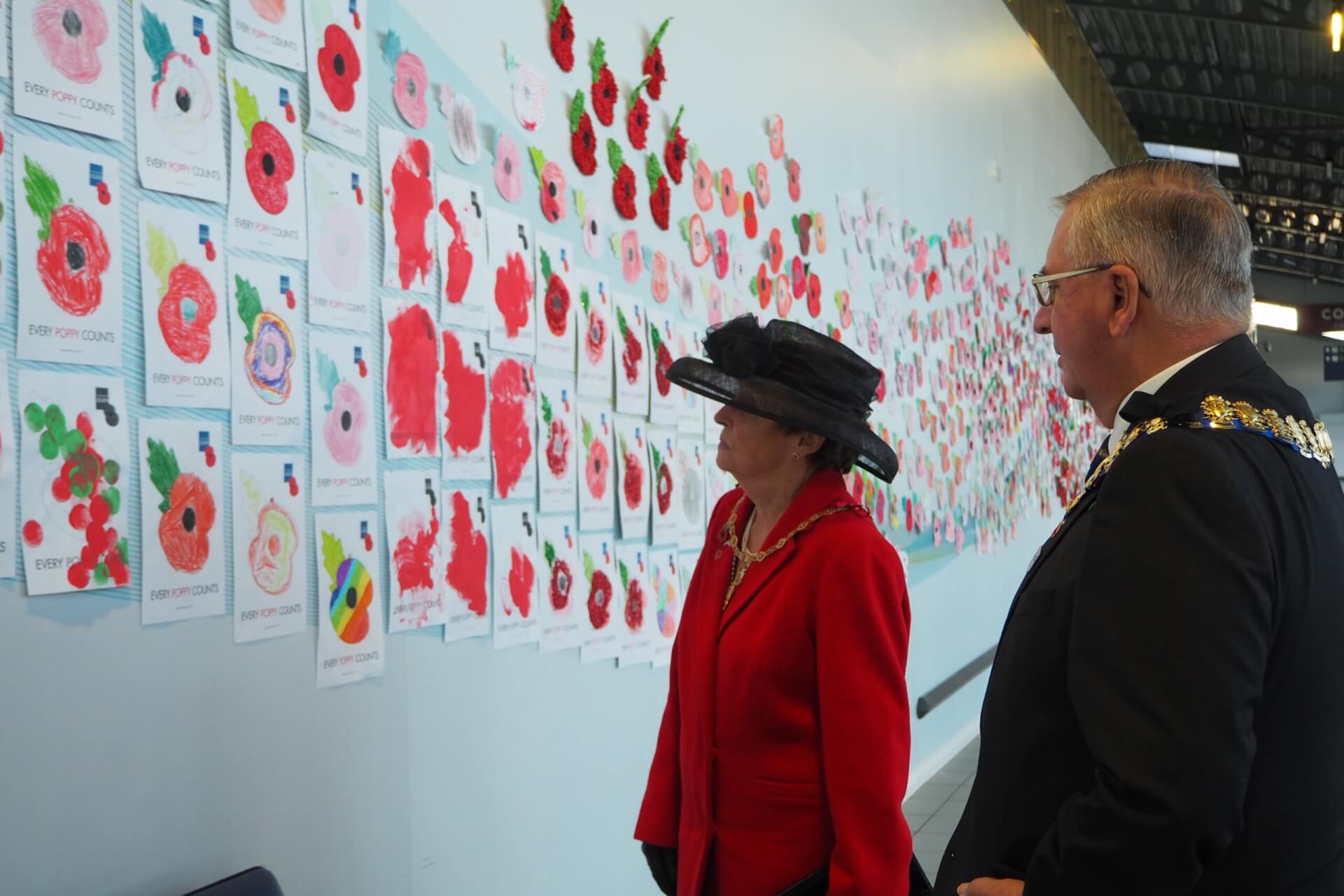 London Southend Airport asked young people to help to mark Armistice day by decorating poppies. The designs came flooding in with over 700 in total and have resulted in a fantastic display on both the windows and a huge poppy wave across the terminal wall.

The airport does not encourage visitors to the terminal to view the display due to social distancing. However, photos and videos will be shared via London Southend Airport social media channels and sent to all schools that took part.

Councillor John Lamb, Mayor of the Borough of Southend-on-Sea said “We are so pleased to see support from Southend Airport in the form of this display of poppies marking Armistice Day, especially given the involvement of the young people of our Borough. Each year we see an increase in the number of youngsters attending Remembrance events to pay their respects. This shows the care and respect they have for those veterans that fought for our freedom and paid the ultimate sacrifice but also for those who sustained injuries during wars and conflicts.

“We are also pleased to show our support on behalf of the Citizens of the Borough and to demonstrate our respect for the Royal British Legion and all those who look after our Armed Forces Veterans.”

A spokesperson for The Royal British Legion said, “Every donation makes a difference to the lives of our Armed Forces community, and the Legion has worked with its members, staff volunteers and partners to create a range of ways for people to get a poppy and show your support in 2020. We are very pleased that London Southend Airport is involved in this year’s Appeal and ensuring that every poppy counts.”

Glyn Jones, CEO of London Southend Airport said, “The airport team is working hard to continue our support for The Royal British Legion with the added bonus that the display can be enjoyed from the safety of your home. We couldn’t have done it without the support of local schools and young people, the amount of poppies for the display exceeded our expectations and they are fantastic. The display is a credit to our community, those who took part should be extremely proud. We give thanks to the armed forces and the work of this valued charity”.

James Duddridge, Member of Parliament for Rochford and Southend East, said: “Thank you to everybody at Southend Airport, as well as the local children involved, for creating such a fitting tribute, which will act as a beacon of remembrance to those who paid the ultimate sacrifice, and those who are serving in the Armed Forces today.”

Poppies are available via donation at both the terminal and rail station, other options to donate are also available via The Royal British Legion website.