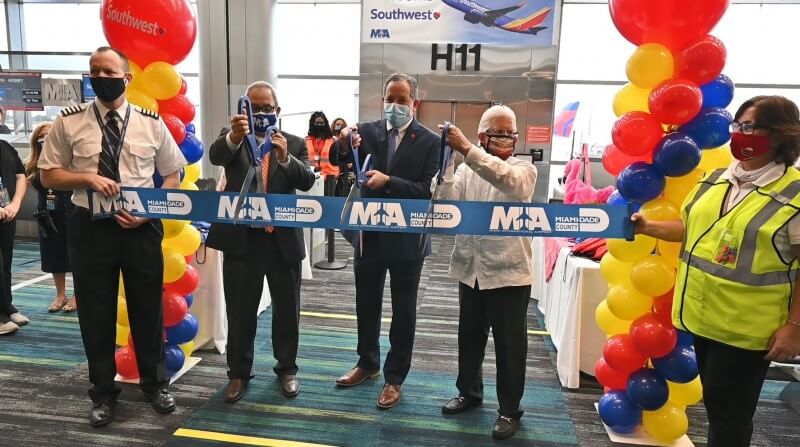 The combined economic impact of the new Southwest routes at the announced weekly schedule is projected to generate more than $853 million in local business revenue and 6,788 jobs in the local economy annually.

“We welcome Southwest Airlines with open arms to Miami-Dade County and to MIA,” said Lester Sola, MIA Director and CEO. “In addition to the substantial commitment of flights and increased options for our passengers, Southwest’s Miami expansion will inject a significant amount of economic impact and job creation within our community.”

“We appreciate the warm welcome to Miami, and the Southwest Team is honored to serve South Florida,” said Steve Goldberg, Senior Vice President Operations and Hospitality at Southwest Airlines. ”With 12 daily flights from Miami International Airport, we are offering visitors and residents access to our legendary Southwest Hospitality and our low fares. We look forward to bringing visitors to this beautiful area for their vacations, connections with family and friends, and business activities. We thank you for welcoming us into your community.”