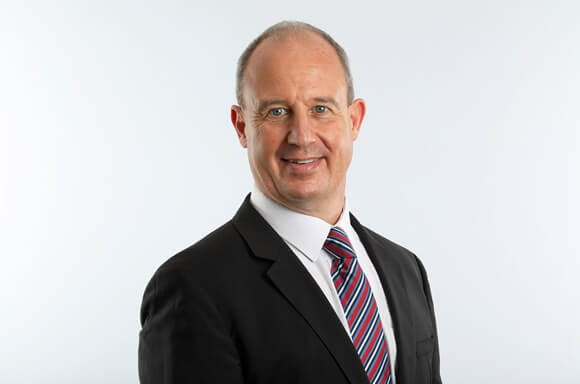 The UK Civil Aviation Authority has appointed Glenn Bradley as its new Head of Flight Operations. Glenn brings a wealth of experience to the position from his various roles as a pilot and across aviation management in the past.

As Head of Flight Operations, Glenn will be responsible for the oversight of both commercial and non-commercial aircraft operations, approved training organisations, and special operations across the UK. His role will include maintaining the UK’s excellent aviation safety record and making improvements for all airspace users.

Glenn brings 30 years of aviation experience to the role, having initially joined the Royal Air Force flying the iconic Tornado aircraft in 1987 and flying in operational theatres of Northern and Southern Iraq. He then turned his skills as a pilot to commercial aviation, flying both the Boeing 737 and Airbus A320 families for GB Airways. He has more than 9000 hours of commercial flying time.

Glenn transitioned into flight management at GB Airways and then transferred to easyJet following its acquisition of the airline. He moved to the Civil Aviation Authority in 2017 as a Flight Operations Manager before being promoted to his new role.

His personal interest in flying continues as an active General Aviation pilot, previously owning several aircraft and retaining a share in a Beagle Pup aircraft at Redhill Aerodrome. He is also a keen sailor and has travelled widely over his career.

Commenting on Glenn’s appointment, Rob Bishton, Group Director of Safety and Airspace at the UK Civil Aviation Authority, said: “Glenn has worked with us since 2017 and we are delighted to announce his new position as Head of Flight Operations. His work will be extremely important throughout the UK’s exit from the European Union Aviation Safety Agency; a transition that will bring both opportunities and challenges.

“He has done an excellent job since his arrival at the Civil Aviation Authority, and I know he will continue to deliver for the UK’s aviation sector in the years ahead.”

Commenting on his appointment, Glenn Bradley, Head of Flight Operations at the UK Civil Aviation Authority, said: “I am thrilled to have taken on this role at such an important time for the UK and its aviation sector. I look forward to continuing to work with colleagues across both commercial and general aviation to maintain our position as one of the safest aviation communities in the world.”