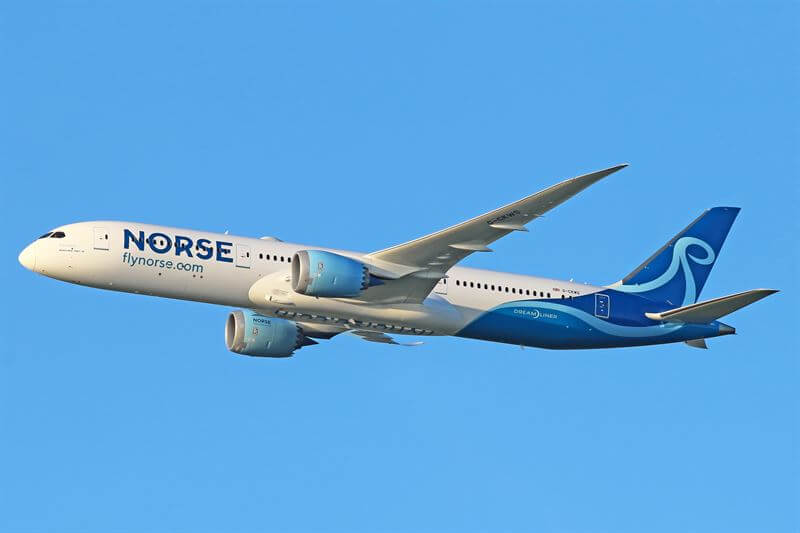 Norse Atlantic Airways has selected EveryMundo, a PROS Company, as its provider of fare marketing technology.

Norse will utilize EveryMundo’s products, airTRFX, which automatically generates landing pages for the airline’s network with real-time fares, and airSEM, search engine marketing campaigns at scale to drive traffic to their website and increase their direct sales to the airline.

“EveryMundo is thrilled to have Norse Atlantic use our fare marketing technology,” said Seth Cassel, Co-President of EveryMundo.

“As we have done for over 90 customers so far, EveryMundo will partner with Norse Atlantic to ensure they achieve the outcomes they expect from our airTRFX and airSEM products. Norse Atlantic will acquire customers and grow their direct channel.”

Norse Atlantic will fly between Europe and the United States, with routes that include London, Paris, Fort Lauderdale, New York City, Orlando, and Los Angeles.

The airline will provide affordable options to travelers to visit other continents by offering flights onboard modern and more environmentally friendly Boeing 787 Dreamliners.

As a new airline, it is critical that Norse Atlantic quickly establish brand awareness and recognition to fuel bookings.

With EveryMundo’s digital marketing technology, Norse will be able to acquire customers directly through products that provide real-time fares in the form of landing pages, ads, emails, and more.

Adrian Keating, VP of Sales Marketing and Distribution Norse Atlantic Airways, said: “We are very pleased to be working with EveryMundo to drive traffic to our website and increase direct sales.

“As a new airline, having just launched ticket sales between Oslo and the United States, it is vital that we continue to raise awareness of our affordable fares and exciting destinations.

“We are confident that by working closely with EveryMundo, we will continue to grow our customer base as we announce new destinations in the future”.

airTRFX automatically generates landing pages for Norse at scale with real-time prices in the currencies and languages the airline covers.

Once a route list is uploaded, airTRFX creates pages for every route, destination, and event listed.

In the event Norse Atlantic would like to promote special offers, themes, regions, and special events, the airline can launch custom pages with real-time prices.

Both products will allow Norse Atlantic to drive traffic to their website by linking the pages to their search engine marketing campaigns that broadcast real-time fares to targeted customers.