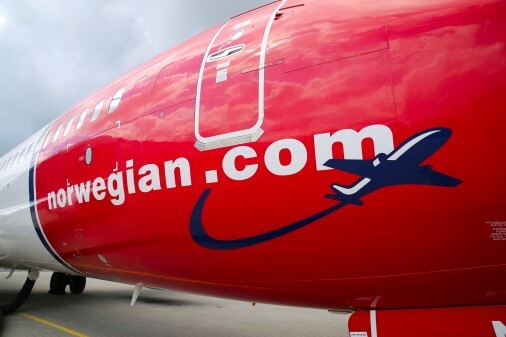 Norwegian’s traffic figures for August are heavily influenced by the COVID-19 outbreak and the subsequent travel restrictions and drop in demand. In August, capacity was 94% lower than last year, while the flights that were operated had a load factor of 62.1%.

From July 1 Norwegian reopened 76 routes and put an additional 15 aircraft into service, throughout the summer frequencies and routes were adjusted in accordance with variations in passenger demand linked to changing government travel restrictions and advice.

Compared to the same period last year total capacity (ASK) decreased by 94 percent while total passenger traffic (RPK) decreased by 96 percent. Load factor was 62.1 percent, down 27.9 percentage points. The total number of customers carried in August was 313,316 a decrease of 91 percent.

Further details relating to the operational environment going forward and the latest financial update can be viewed in the Group’s H1 results released on 28th August.

Jacob Schram, CEO of Norwegian, said: “Passenger demand continues to be rapidly impacted by changing government travel restrictions across different markets. We are continuously adapting our network to adjust to these changes as necessary to ensure that we keep vital air routes open and concentrate supply in line with demand. The prolonged crisis that has impacted every part of the aviation industry continues to create uncertainty in all markets making the need for a long term liquidity support package even more critical to protect tourism, jobs and international trade.”