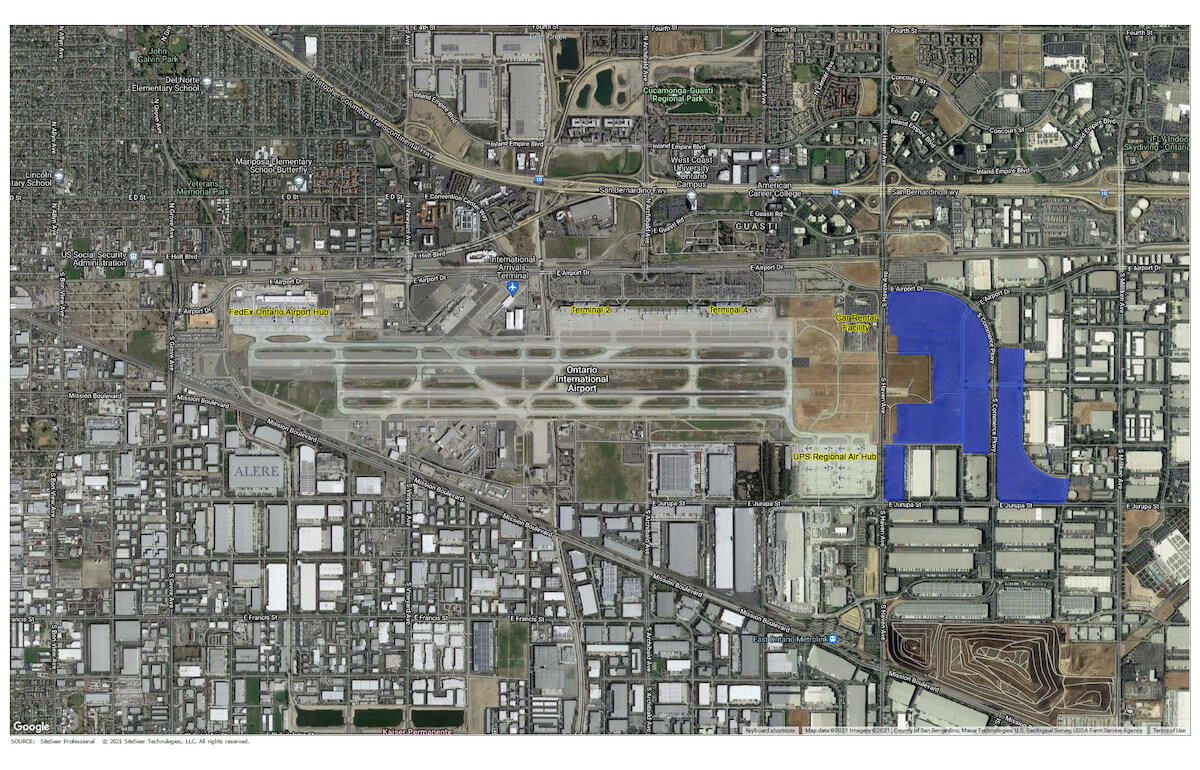 The Ontario International Airport Authority (OIAA) Commission voted unanimously to authorize a Development and Entitlement Agreement that will lead to a ground lease for approximately 198 acres of surplus property at the Southern California airport.

The 55-year lease will generate approximately $275 million over the first 10 years, which will support ongoing airport improvements while keeping costs down for airlines.

The OIAA determined the property, located east of Haven Avenue, north of Jurupa Avenue, south of Airport Drive and west of Carnegie Avenue, is unsuited for typical airport use, making it surplus to the airport’s aviation/aeronautical needs. (See accompanying ONT aerial photo showing surplus property to be leased.)

“We are pleased and proud to move forward with the first of several major real estate transactions to monetize vacant property since the airport was transferred to local control in November 2016,” said Alan D. Wapner, Mayor pro Tem of the City of Ontario and President of the OIAA Board of Commissioners.

“As a result, ONT will become even more attractive for airlines to inaugurate and increase flight schedules.”

“USAA is excited to enter into another large-scale industrial project in the Inland Empire with McDonald Property Group. Given our long track record of success with McDonald, it is our vision that the Ontario International Airport project will continue in that tradition and become one of the most prominent industrial/logistics developments in the region,” Ames said.