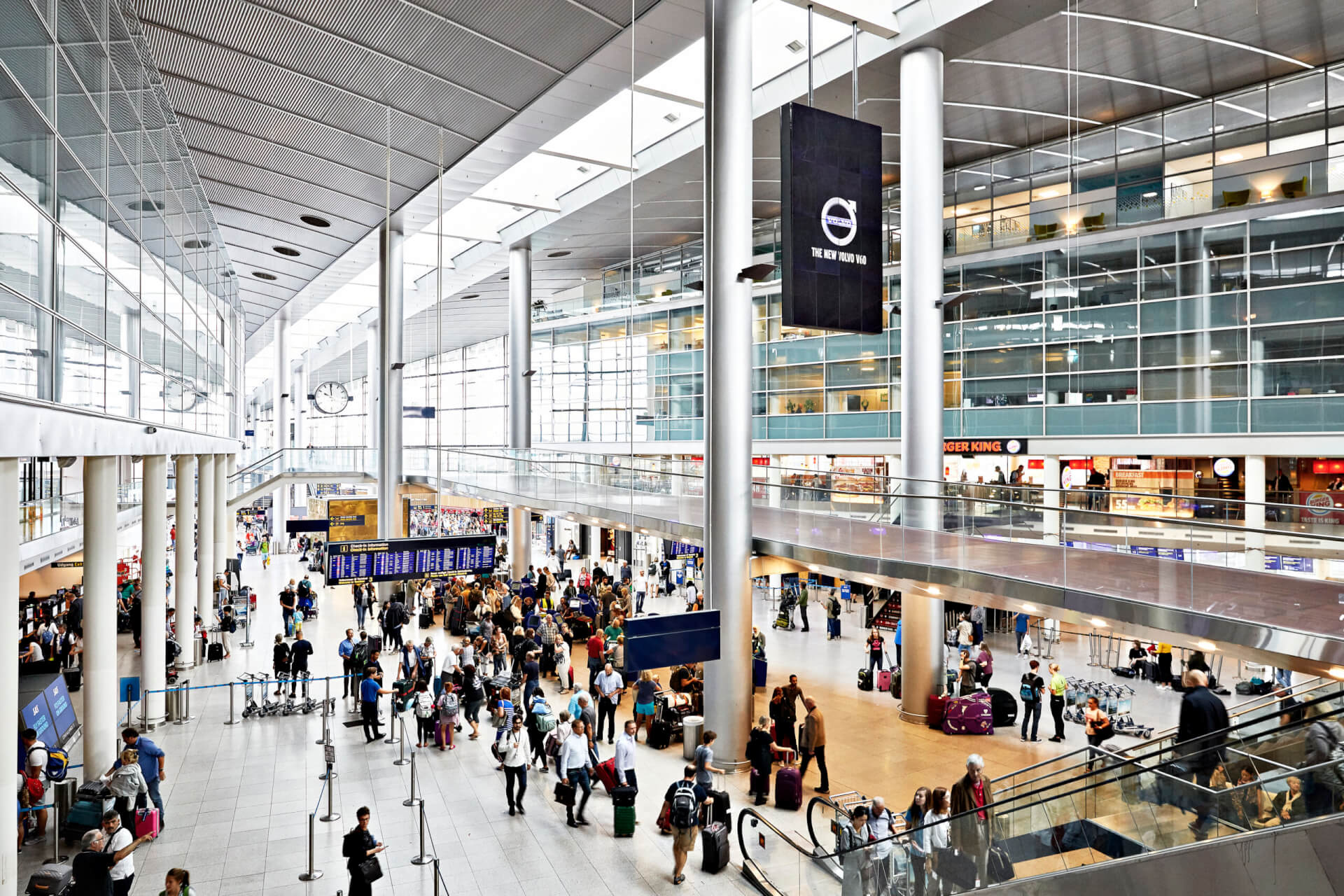 August was a busy month at Copenhagen Airport, as more than 2.3 million passengers passed through the terminals.

Overall, some seven million travellers passed through Copenhagen Airport during the three summer months Spain was clearly the most popular destination.

The summer holidays are over for most of us. It was a busy summer season at Copenhagen Airport, with a total of 7,000,376 passengers during the months of June, July and August.

In August alone, the airport served a total of 2,328,339 incoming and outgoing passengers, which means that eight out of ten travellers have returned compared to pre-COVID figures.

“It was a busy summer at Copenhagen Airport, and it’s been great to see the terminals teeming with life and excited holiday-bound travellers,” says Chief Commercial Officer Peter Krogsgaard of Copenhagen Airports A/S.

“Clearly, a great many people have longed to start travelling again, and most of our travellers were bound for sunny getaways.”

More people travelling to Greece and Turkey
The recovery in traffic to pre-Covid levels is mainly happening on the European routes.

Spain tops the list of the most popular destinations.

A total of 668,516 passengers travelled from Copenhagen Airport to Spain during the three summer months, corresponding to a decrease of just over three per cent compared to pre-Covid levels in 2019.

On the other hand, traffic increased to the sunny climes of Greece and Turkey.

The two countries experienced an increase in the numbers of travellers from Copenhagen, at 10 and 11 per cent respectively compared to 2019.

In terms of numbers, 415,500 passengers flew out of Copenhagen to Greek destinations, while 398,488 people travelled between Copenhagen and Turkish destinations during June, July and August.

Hectic summer across Europe
European airports were teeming this summer.

All over Europe, travellers have returned faster than anticipated, and staff shortages at airlines as well as airports produced challenges for the entire industry.

“The first busy summer period since Covid led to a number of challenges in baggage handling and produced longer waiting times at most European airports,” says Krogsgaard.

“We hired new staff as quickly as we could, and all things considered, we think we handled the situation quite well at Copenhagen Airport.

“The vast majority of travellers departed as planned.” 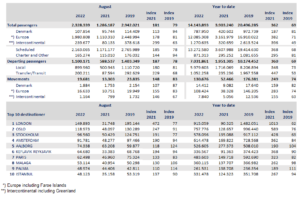