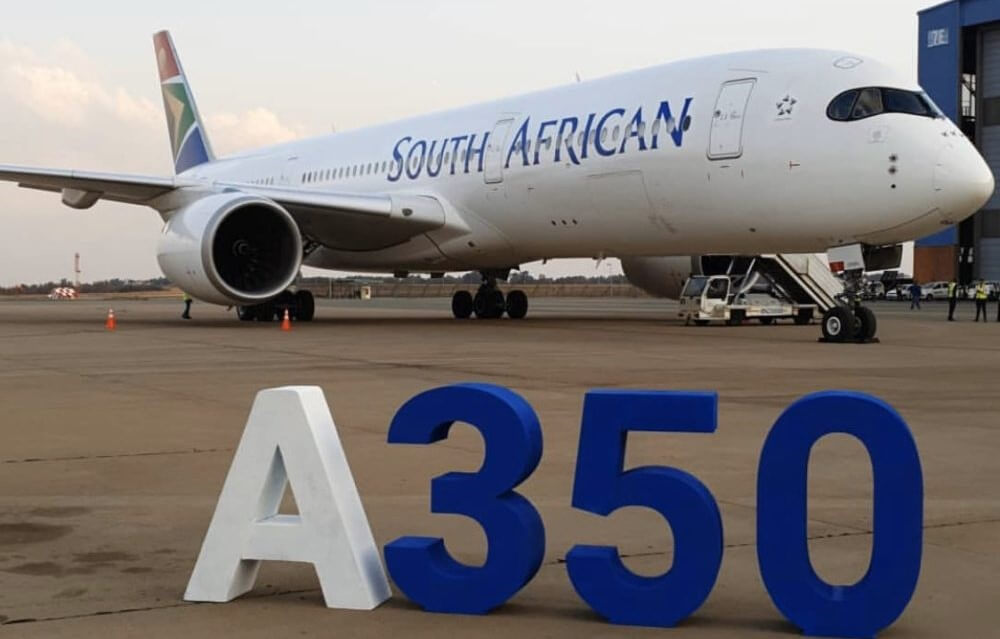 South African Airways (SAA), a Skytrax 4-Star rated carrier, has introduced the most technology-advanced aircraft available for international ultra-long- haul travel with the launch of its new Airbus A350-900 on nonstop flights between New York John F. Kennedy International Airport to Johannesburg O.R. Tambo International Airport starting January 20, 2020. The A350-900 aircraft will be featured on SAA’s service on the New York route operating six (6) days per week through March 31, 2020 and resuming daily service on April 1, 2020.

The Airbus A350-900 will set a new standard on SAA’s route between New York and Johannesburg combining an exceptional customer experience with strong operating economics and fuel efficiency.

All customers on board will benefit from the aircraft’s larger windows, improved LED lighting, and optimized cabin pressure and temperature controls which allow you to feel relaxed and refreshed upon arrival. Additionally, the A350-900 reduces fuel burn by approximately 20% when compared to the current aircraft operating on the route, thereby significantly reducing carbon emissions.

“The addition of the A350-900 aircraft on our flagship route between New York JFK- Johannesburg displays the high level of commitment that SAA has to our North American market,” said Todd Neuman, executive vice president, North America for South African Airways. “With this latest generation aircraft, SAA will significantly enhance our product with brilliant new features, while continuing to maintain our warm award-winning South African hospitality for which we are world- renowned.”