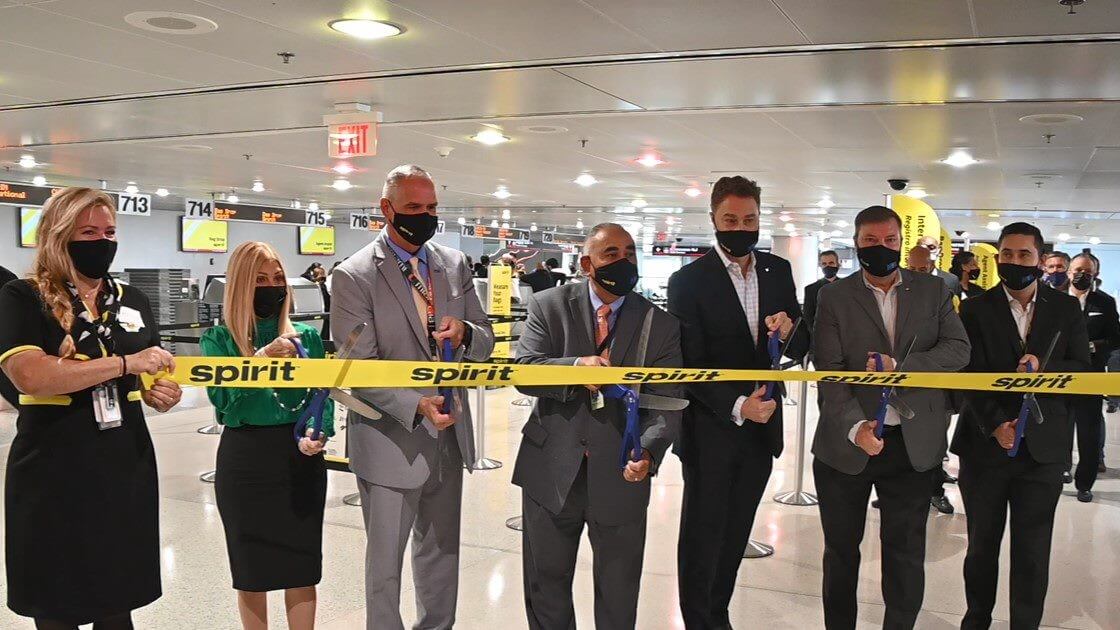 Miami-Dade County and Spirit Airlines officials hosted a ribbon-cutting ceremony at Miami International Airport on October 6 to celebrate the launch of the first-ever Miami service by Spirit.

With service to 82 destinations across 15 countries throughout the U.S., Latin America, and the Caribbean, Spirit is one of the busiest airlines in the U.S.

Spirit began serving nine destinations from MIA on October 6, which will be followed by 22 more destinations being added in November and January, for a total of 31 cities served from MIA: 20 domestic and 11 international.

Spirit’s full schedule will immediately make it one of MIA’s busiest passenger carriers, and it has hired more than 200 new employees for the MIA launch.