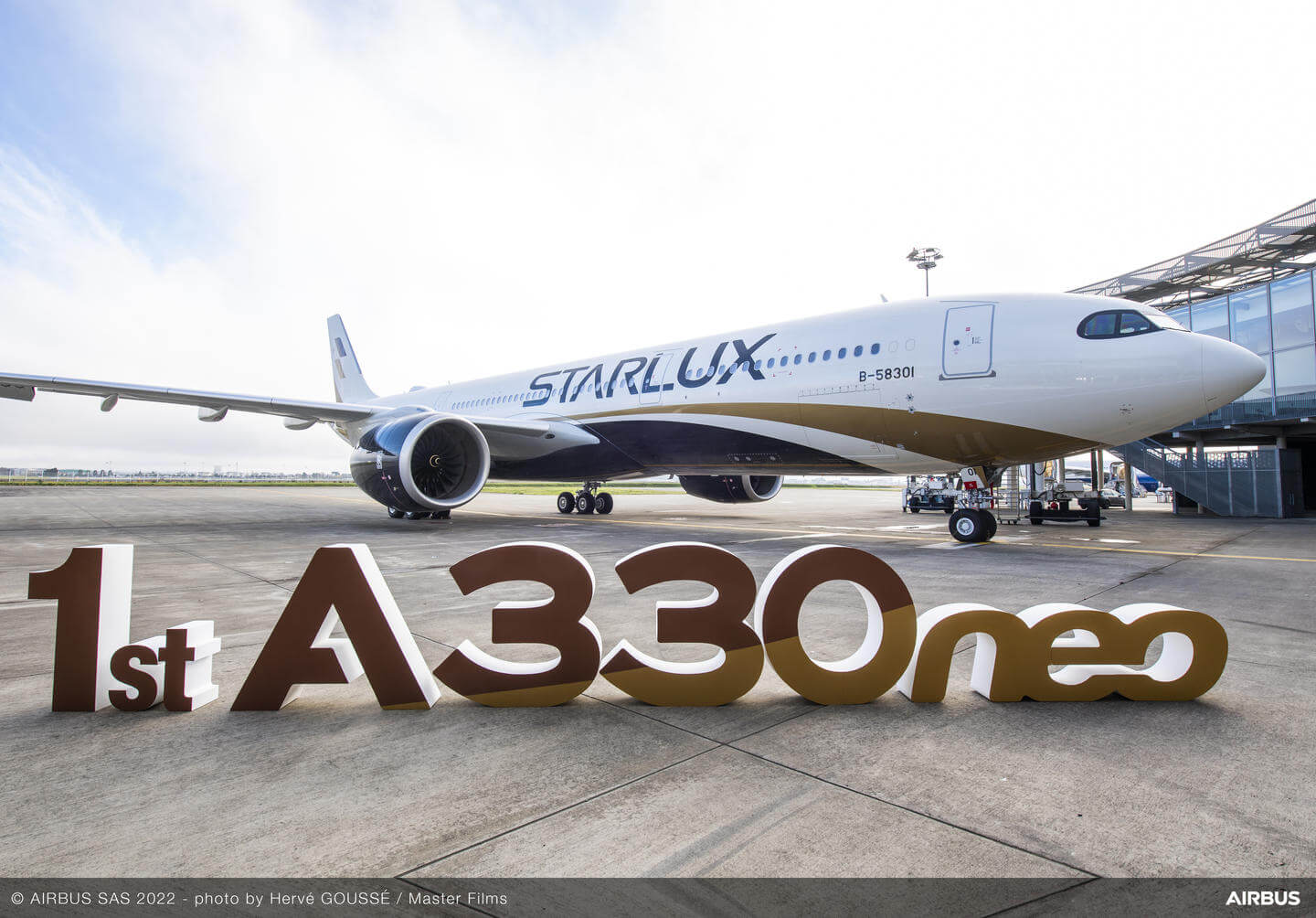 Taiwan’s STARLUX Airlines has taken delivery of its first widebody aircraft – an A330-900.

It is the first of 26 Airbus widebodies set to join the airline’s fleet, comprising eight A330neo and 18 A350s.

The A330neo aircraft and one A350 are being acquired on lease from ALC, while the airline has 17 A350s on direct order with Airbus.

Benefiting from the A330neo’s unbeatable operating economics and award-winning Airspace cabin, the aircraft will feature a two-class cabin with 28 business class seats and 269 economy class seats.

The A330neo joins an existing fleet of seven single-aisle A321neo at the airline, and will complement the airline’s network by flying regional routes from Taiwan to the wider Asia-Pacific.

At the same time, STARLUX has also signed up for the computer-based ACE (Airbus Cockpit Experience) Suite training solution.

Using a “learning by discovery” approach, STARLUX’s flying crew will be able to use the ACE Trainer that simulates a 3D Cockpit environment with guided lessons and free play.

“I am delighted to welcome our first A330neo, as it marks a key milestone in our growth,” K.W. Chang, Founder and Chairman of STARLUX Airlines.

“Having already operated modern and efficient single-aisle A321neo, we are confident that the A330neo will bring even more flexibility and efficiency in our network strategy, whilst optimising cost efficiency and achieving high passenger comfort.

“We are also looking forward to starting to take delivery of our A350s in the coming months.”

“We are excited to work closely with STARLUX to build their new fleet,” said Christian Scherer, Airbus Chief Commercial Officer.

“Together the A321neo, A330neo and A350 will enable the carrier to benefit from the unique technical commonality and efficiency offered by our latest generation aircraft.

“In addition they offer the best levels of comfort in their respective size categories, which will be a key element for STARLUX in delivering its premium in-flight experience.”