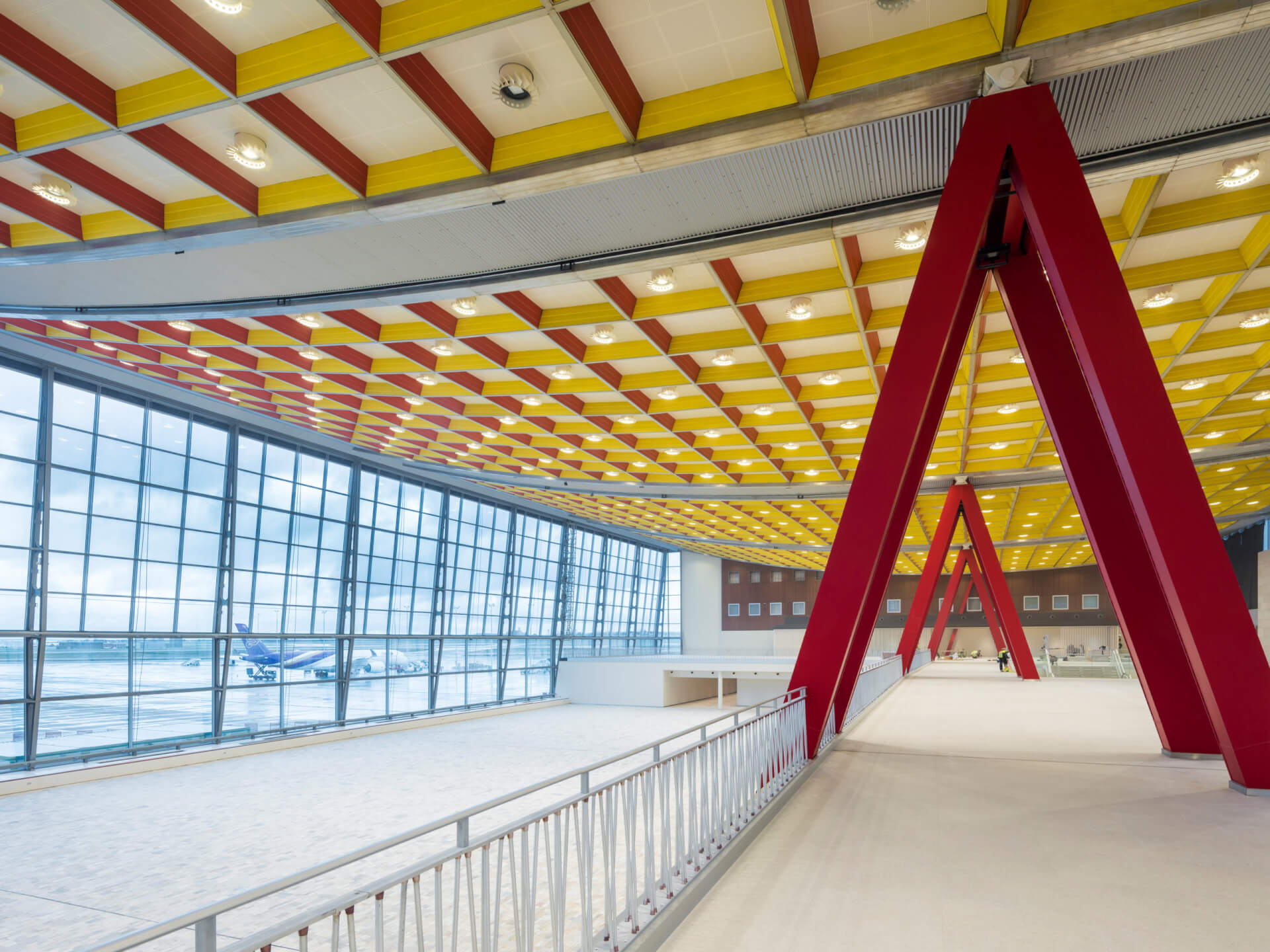 June 1958, the Skyhall, Brussels Airport’s new terminal, was inaugurated with pomp and circumstance. Over the years, this impressive and highly innovative hall, which was nothing short of revolutionary even for the time, sparked a lot of great memories for a lot of people. Over 60 years later, Brussels Airport has decided to breathe new life into the hall, whilst offering everyone the opportunity to spend magic moments with a view looking across the airplanes at equally fabulous events. The Skyhall has been inaugurated this evening Wednesday 29 January.

Inaugurated in 1958, as part of the first World’s Fair to be held after the Second World War, the Skyhall was nothing short of ground-breaking for its time. Belgian architects Maxime Brunfaut, Geo Bontinck and Joseph Moutschen designed the functional and modernist airport infrastructure around its awe-inspiring transit hall that took in over 5,000 m² and was built in innovative materials such as concrete and aluminium.

The attraction was also sparked by the huge bay window of no less than 1,800 square metres of glazing. Another prominent feature is the three-dimensional arched roof structure which was entirely built in aluminium. The roof’s sole bearing points were hinges that rested on central support columns with steel tie stringers around the back of the building, which made the roof look as though it was suspended in the sky.

“The architects at the time designed the hall as a bright open space to offer visitors a great view of the hive of activities around the airport“, explains Brussels Airport CEO Arnaud Feist. “To honour the history that is bound with this iconic building, it was paramount to Brussels Airport that the Skyhall’s original look was preserved during the renovation, especially the iconic ceiling, whilst using modern and energy-efficient materials“.

“We are confident that this exceptional room will soon become the gathering ground and venue for numerous top class national and international events“, Arnaud Feist goes on to add. “The Skyhall is a unique place in every sense. Event rooms that look out across the runways whilst simultaneously connecting to the departures and arrivals halls are extremely rare.”

Accessible from March forward and also incorporating a host of conference rooms, the Skyhall will be available to host events of every description. Prestigious events at a forward-looking venue that is equally distinguished in its own right.