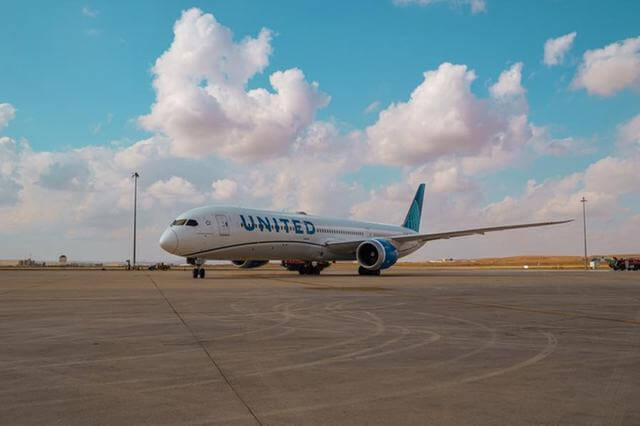 United Airlines has launched its new service between Amman and Washington D.C, celebrating the arrival of its first flight into Queen Alia International Airport in Amman today.

“It is so wonderful to arrive in Amman on our Boeing 787 Dreamliner today”, said Patrick Quayle, United’s Senior Vice President International Network and Alliances.

“As the only U.S. airline flying from Jordan direct to the U.S., our new service strengthens our international route network and provides our customers from Jordan with convenient one-stop connections via our Washington Dulles hub to destinations across the Americas.”

“We are excited to welcome the first United Airlines flight, which signals the commencement of a new direct route between Amman and Washington D.C. Having such a globally-spanning carrier at QAIA is a major milestone that underscores our commitment to expanding our airline network and offering passengers a direct link with a major connection hub in the U.S. In doing so, we not only enhance the passenger experience we offer, but we also reaffirm QAIA’s standing as an economic pillar and a prime gateway for both leisure and business tourism in Jordan and the Levant,” said Nicolas Claude, Airport International Group CEO.

Al- Fayez added in a statement, this first direct flight, today linking the two capitals, is a major step for the Kingdom in the field of tourism, as linking Amman with Washington will contribute to encouraging American travelers to live and enjoy the experience of traveling to Jordan.

“This new direct connection between our two capitals benefits Jordanians and Americans individually and our two economies overall, whether it be facilitating tourism, improving business connections, or sparking new educational collaboration.

“I look forward to seeing United’s flights bring our countries closer together.”

This new route is part of United’s largest transatlantic expansion in its history, in anticipation of a strong recovery in European summer travel.