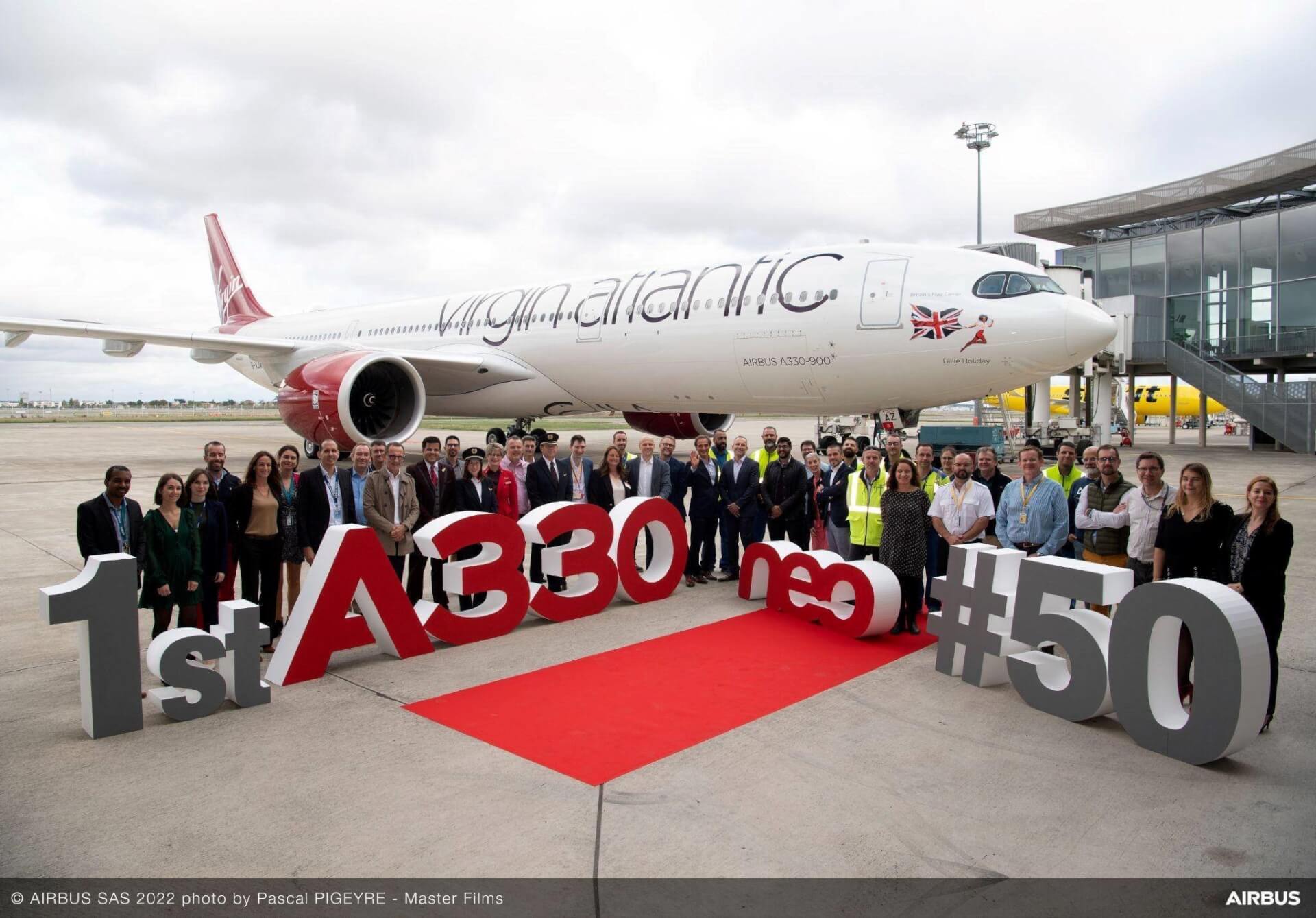 The A330neo will play a crucial role in the company’s fleet transformation and also marks the 50th Airbus aircraft for the UK-based airline.

Virgin Atlantic will become the first operator of the type in the UK, and has ordered 13 A330neo aircraft (six on lease from ALC) with an intention to expand the fleet to 16 eventually.

The A330 Family is the most popular widebody aircraft ever in terms of customers and routes, while the A330neo’s flexibility in the mid-to-long-range market is unrivalled.