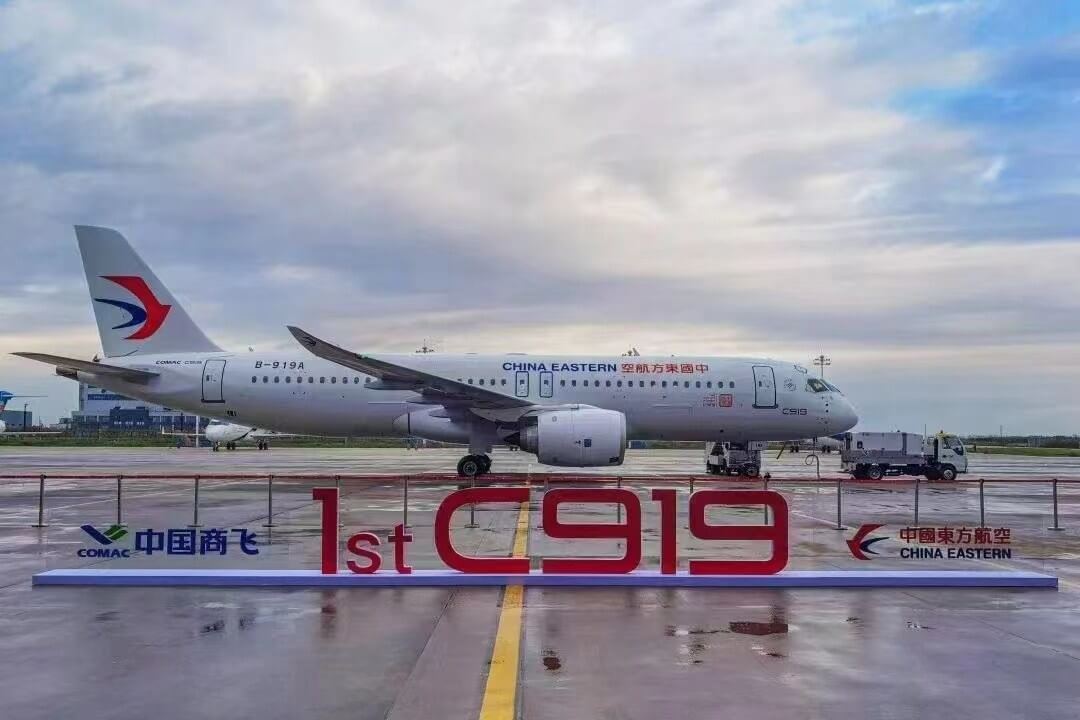 A pattern of a Chinese seal reading “world’s first C919″ in Chinese is printed in the front part of the plane delivered.

The aircraft adopts a 164-seat configuration that comes with a two-class cabin layout, including 8 business class seats and 156 economy class ones.

In the economy cabin, the middle seat in each three-seat row is 1.5 cm wider than its neighboring ones, which offers more comfortableness.

With an aisle height of 2.25 meters, the plane comes with an efficient air filtration system, a passenger-centric lighting system and low noise.

Besides, there are twenty 12” drop-down screens that can play 1080P videos.

After arriving at the Shanghai Hongqiao International Airport and passing through a water gate, the aircraft was officially commissioned into the fleet of CEA. It is expected to be put into commercial use in the spring of 2023.